Al Batt: 2018 designated ‘The Year of the Bird’ by National Geographic 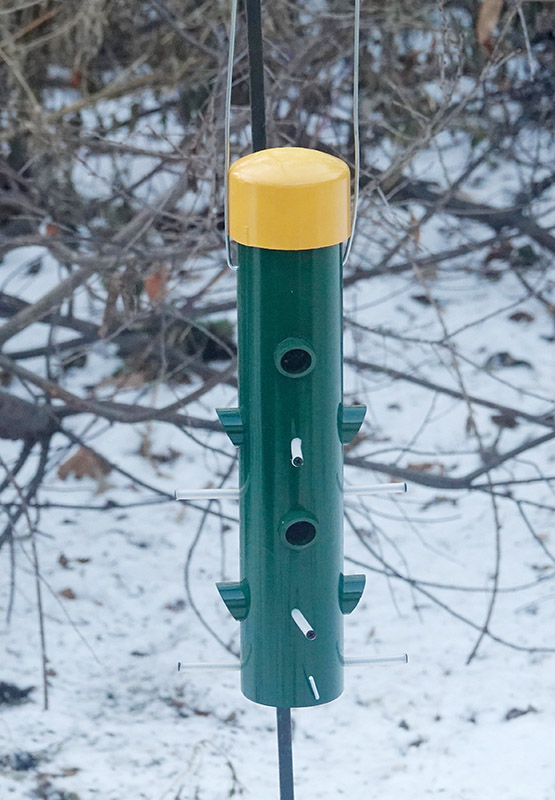 “Everything is nearly copacetic. I’m still playing cards. I have to. I’m the sole supporter of three of my huckley buck opponents. One of them is Still Bill, who needs to lose a lot of weight in order to see his belt buckle again. I remember his first truck. The door on the left side opened each time he made a right turn. Still Bill, he makes more dust than miles, didn’t get a tree this year. He got a Merry Christmas bumper sticker for his pickup instead.”

It was a brisk, on-the-cusp of-winter day when I spotted an American kestrel perched on a utility wire. Kestrels eat mostly insects, but also feed on snakes, frogs, small rodents and songbirds. Kestrels can see ultraviolet light, enabling them to detect the urine trails left by voles, a common prey. The bright paths highlight the way to a meal just as neon signs on restaurants direct our appetites. Kestrels breeding here are more migratory than those breeding farther south. Their migration may exhibit a leapfrog pattern in which northern birds winter south of southern birds. Migratory patterns depend on the vigor and hunting skills of individual birds and winter’s intensity. Most kestrels breeding in Minnesota migrate south in winter, although some males are winter residents.

Arlene Kjar of Northfield writes, “At the post office they are now selling a sheet of Protect Pollinators stamps. There are 20 forever stamps on the sheet. They have mostly native flowers with native bees and monarchs on them. They are really beautiful so I have a feeling they will sell out quickly.“

Paul Nagel of Glenville makes bird feeders. I’m envious of people who make things. I can make a mess and a nuisance out of myself, but that’s about it. I’m good at those. Paul’s well-made feeders are available at the Barn Boutique located at the Top of Iowa Welcome Center and Rest Area in Northwood, Albert Lea Seed House and Three Oaks Greenhouse & Floral in Lake Mills. For further information, call Nagel’s Nature Novelties at 507-448-3906.

I think that clump of snow blinked

The snowy owl, the heaviest North American owl, shows up in winter to hunt our windswept fields for voles, mice, rabbits and birds. There has been a good number of snowy owls, pale shapes with catlike yellow eyes, seen in Minnesota and Iowa this year. Their migrations are extremely variable. Snowy owls spend summers north of the Arctic Circle where they hunt lemmings and ptarmigan in 24-hour daylight. In years when lemming populations boom, the owls raise more young. Snowy owls are an irruptive species, meaning their migration depends on varying food supplies, particularly lemmings. A plethora of lemmings in a summer means plenty of food for young owls and many of those owls will survive to adulthood. In winter, those young owls head south in search of food. Winter irruptions occur mostly in years following highly successful breeding years. Snowy owl populations are tied to lemming reproductive cycles and when lemming numbers drop, so do the numbers of snowy owls. Research has shown that lemmings account for about 95 percent of a snowy’s diet. Some snowy owls might winter on breeding grounds, weathering temperatures as low as 80 degrees below zero. Most snowy owls aren’t pure white. They are white birds with varying amounts of black

or brown on body and wings. Females typically have more dark markings than males. Males become whiter with age.

“Do goldfinches migrate?” American goldfinches molt twice a year, in late winter and again in late summer. In winter, they are a subtle brown. The yellowing of a male’s plumage in the spring is a welcome sight. Many northern populations migrate, with the migration varying by age, sex and latitude. Wintering flocks are nomadic and their movements are tied to food supplies. The goldfinches in our winter yards aren’t necessarily the same birds that summered here.

The Year of the Bird

To mark the upcoming centennial of the Migratory Bird Treaty Act, National Geographic is teaming with Audubon, the Cornell Lab of Ornithology and BirdLife International to make 2018 the “Year of the Bird.” The Year of the Bird will celebrate the wonder of our feathered friends and provide an opportunity for people everywhere to recommit themselves to protecting birds. The Year of the Bird will examine how our changing environment is driving dramatic losses among bird species around the globe and highlight what can be done to reverse this negative trend.

“To the attentive eye, each moment of the year has its own beauty; and in the same field, it beholds, every hour, a picture which was never seen before, and which shall never be seen again.” — Ralph Waldo Emerson

“If you woke up breathing, congratulations! You have another chance.” — Andrea Boydston