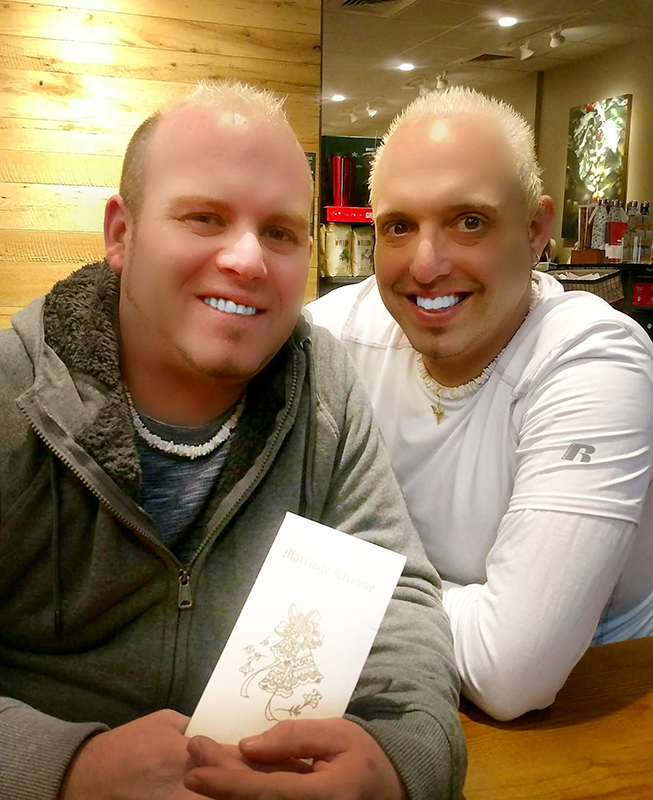 Bridgette Trimble-Johnson and Chris Malakowsky, friends of the couple, served as the grooms attendants.

Goslin is the son of Kim Nosler-Goslin and Dan and Sue Goslin of Fairview, Oregon, and the grandson of Ken and Rose Goslin of Junction City, Oregon.

He is a 2002 graduate of Cambridge High School in Cambridge, Idaho, and a 2009 graduate of High Tech Institute, where he completed the medical assistant program.

He is the co-owner of NJ Cleaning Services & More LLC.

Sipple is the son of Ron and Kathy Sipple of Manchester and the grandson of John and Evelyn Sipple and Donald Olson and Verona Thorson-Olson of Albert Lea. He is a 2001 graduate of Albert Lea High School and a 2013 graduate of Hennepin County Technical College, where he completed the phlebotomy technologist/vascular access specialist program.

He is the co-owner of NJ Cleaning Services and More LLC and the father of Kyler, Kadin and Taylor Sipple.

The couple will honeymoon in the Dominican Republic in February after which they will reside in Mesquite, Nevada.