Funeral services for Kenneth L. Nelson of Albert Lea will be at 11 a.m. Friday at the Bonnerup Funeral Service chapel. The Rev. Mark Boorsma will officiate. Visitation will be one hour prior to the service at the chapel. Interment will be in Graceland Cemetery in Albert Lea. 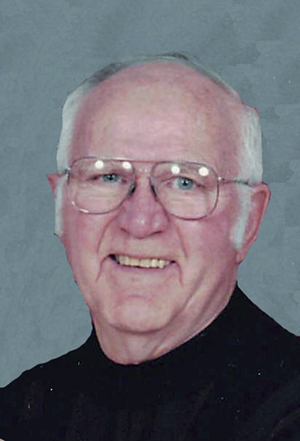 Kenneth was born Dec. 18, 1924, in Albert Lea, the son of Otto and Inga (Hovland) Nelson. He was baptized and confirmed at Trinity Lutheran Church in Albert Lea. He graduated from Albert Lea High School and served in the U.S. Navy for a short period of time.

On May 18, 1946, he was united in marriage to Vera Jensen atTrinity Lutheran Church in Albert Lea. He had been employed by Midway Machine and Welding from 1942 to 1956. He then went to work at Queen’s Products from 1956 to retirement in 1989, serving as a research engineer and holding several patents with the company.

Kenneth was a member of the American Legion, the Golden K Kiwanis and served on the board with the Shell Rock River Watershed District. He also enjoyed hunting and fishing.

He was preceded in death by his parents; sister, Viola Nelson; and sons-in-law Bob Majerus and Melvin Baker.

Memorials are preferred to the Freeborn County Historical Museum.