Funeral Services for Lila V. Rasmussen of Albert Lea will be at 10:30 a.m. Tuesday at Bonnerup Funeral Service in Albert Lea. The Rev. Paul Andree will officiate. Interment will be in Hillcrest Cemetery. Visitation will be one hour before services at the funeral home. 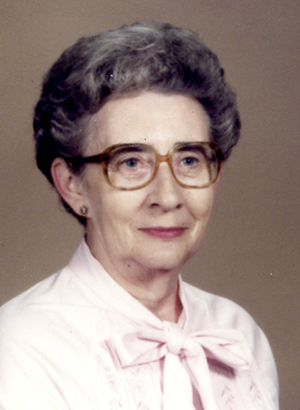 She married James Rasmussen on March 4, 1939, in Northwood.

She attended different rural schools and was confirmed in Trinity Lutheran Church in Albert Lea.

She was preceded in death by daughter, Joyce Hanson; husband, James Rasmussen; and parents Fred and Bertha Nelson.