Robert James Meyer, 83, of New Richland died on Saturday, Dec. 16, 2017, in Rochester. Funeral services for Robert will be at 10:30 a.m. Saturday at First Congregational Church in New Richland. Visitation will be from 5 to 7 p.m. Friday at Bonnerup-Friedrich Funeral chapel, 217 W. Division St. in New Richland, and again one hour prior to the service at church. Interment will be in St. Peter Cemetery in rural New Richland. 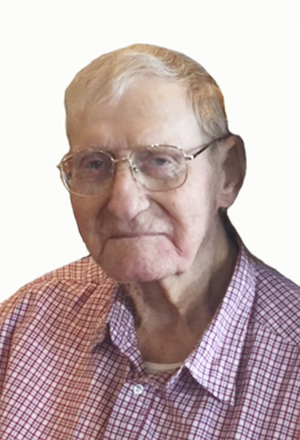 On Feb. 23, 1957, he married Lorraine Dusza at First Congregational Church in New Richland. They made their home in New Richland and raised five children.

Robert started his trucking career hauling grain for local farmers and eventually became an over-the-road truck driver with six million miles under his belt. He loved listening to the music of Elvis Presley on his radio.

In his free time, Robert enjoyed watching NASCAR, football, “Gunsmoke,” and “Bonanza.” He loved spending time with his family and watching his grandchildren’s events. He was also a member of the American Legion.