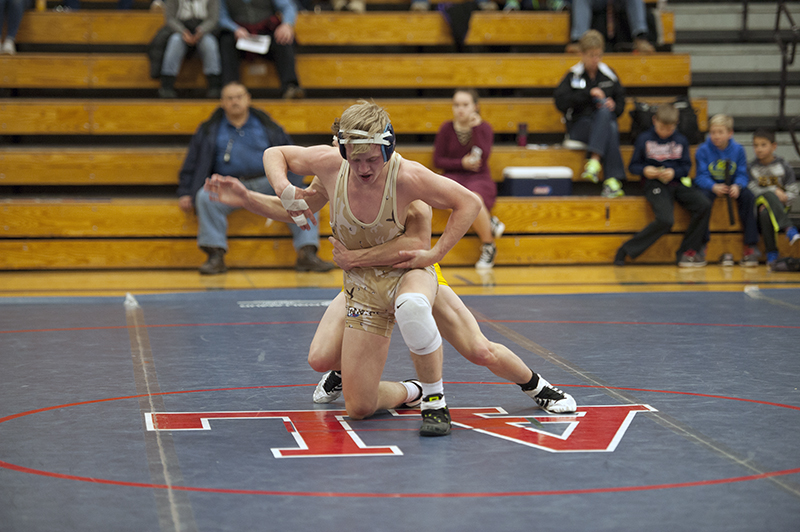 Albert Lea senior Gavin Ignaszewski powers up for the escape against Mankato East. Ignaszewski would win both of his matches on the night, including one by major decision. - Tyler Julson/Albert Lea Tribune

The Albert Lea wrestling team came into Thursday night’s triangular against Mankato East and Faribault looking to continue the domination it has been showing this season.

The Tigers cruised to two victories on their annual Military Appreciation Night — first over the Cougars, 39-18, then over the Falcons, 43-24.

The first dual, against Mankato East, was a runaway victory for Albert Lea. Seventh-grader Cole Glazier picked up a 6-1 decision victory to open the contest. He was followed by two more decision victories from eighth-grader Cameron Davis (11-5) and junior Nic Cantu (10-4).

Freshman Caleb Talamantes notched the first pinfall for the Tigers, picking up the fall 25 seconds into the third period.

With a lead of 15-0, the Tigers would add more to their total with two more decisions, this time from seniors Jake Johnsrud (6-1) and Gavin Ignaszewski (4-2).

The Tigers’ first loss of the dual came when Ty Harms lost a hard-fought battle in the last second of a sudden victory period, 4-2. They would get back on track, however, with a pinfall victory from senior Brody Nielsen, coming with 1:10 remaining in the second period. 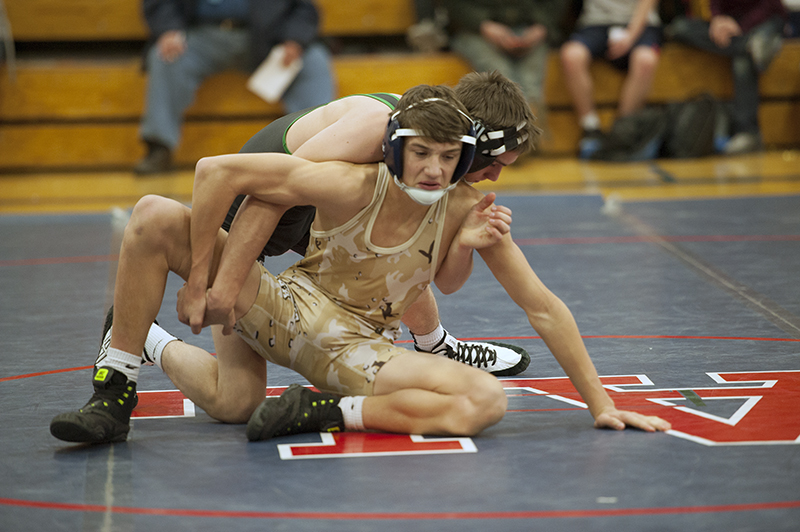 Albert Lea freshman Caleb Talamantes breaks free of his Faribault opponent Thursday night. He would record a 9-6 decision victory and a pinfall on the night. – Tyler Julson/Albert Lea Tribune

Albert Lea would lose two more matches before the dual was over. Senior Levi Kermes dropped a 6-2 decision and junior Cristian Garcia would lose by fall.

Juniors Zach Glazier and Brady Nielsen would grab two more pinfalls for the Tigers, as they sailed to a 21-point dual victory.

The dual against Faribault was business as usual for the Tigers. Cole Glazier started with a forfeit victory, and he was followed by a 4-1 decision victory from Davis. Cantu would notch his first pin on the night with a fall coming just 58 seconds into the first period. Talamantes, in perhaps the most exciting match of the night, was trailing by two points heading into the final minute of action. He managed to grab the reversal and near fall points to grab the decision, 9-6.

Ignaszewski followed the excitement with a major decision win, 15-3. Harms would again lose another tough match that came down to the final seconds, by just two points. In one of the quickest matches of the night, Brody Nielsen recorded his pinfall in just 29 seconds.

The Tigers remain undefeated on the season at 10-0. They will wrestle again starting tonight and into Saturday at the Christmas tournament in Rochester. 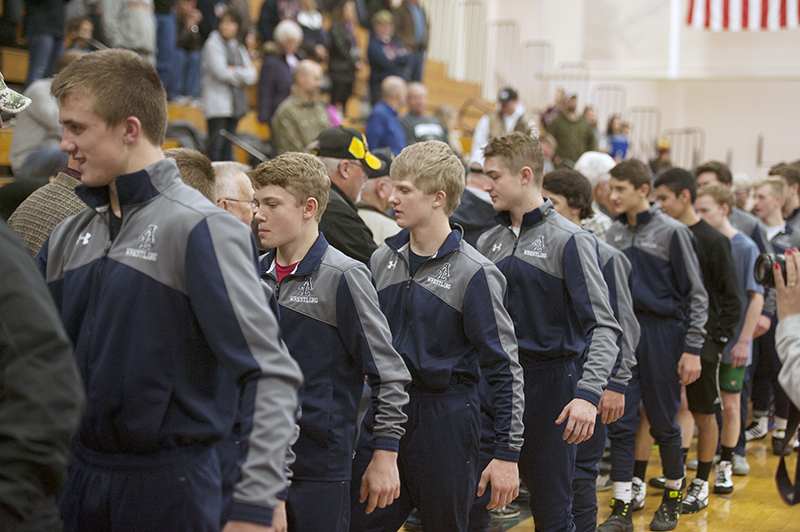 Military veterans were honored before the start of the final dual as wrestlers and coaches from all teams took time to shake all of their hands. – Tyler Julson/Albert Lea Tribune