Training children from a young age to stand up to bullying 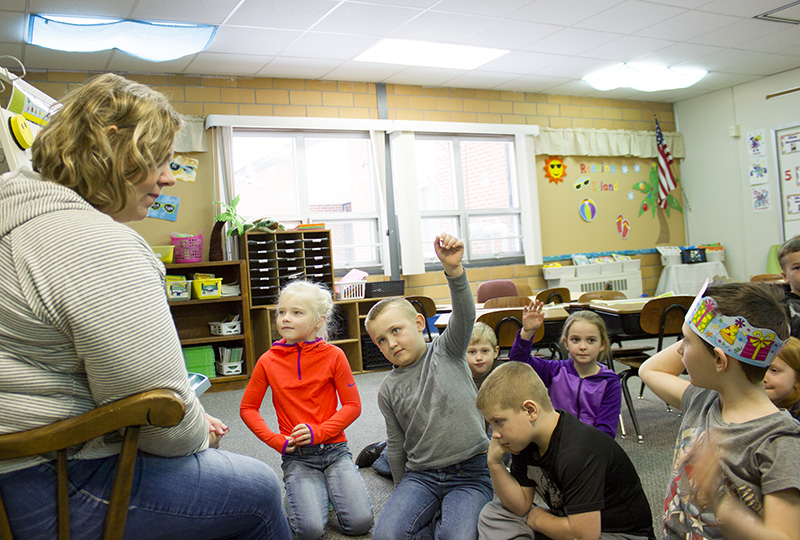 Editor’s note: This is the fourth in a four-part series, “Breaking down Bullying,” published over four weeks.

The session is only a small part of the outreach NRHEG and other area schools conduct to ensure schools are a safe place for students to receive an education.

NRHEG Elementary School has weekly anti-bullying lessons for students in pre-K through fifth grade. The program has been in place for a couple of years.

Aspects of bullying and lessons on how to prevent and report it are given.

“It helps me be positive, respectful and help others if they’re hurt or going to places that other people would bully you,” Klocek said.

Elementary school Principal Doug Anderson said the school emphasizes the role bystanders play in preventing bullying by empowering them to help victims when they are harassed.

A one-page information sheet sent home with students following the lesson reviews the instruction and helps parents address the subject with their children. 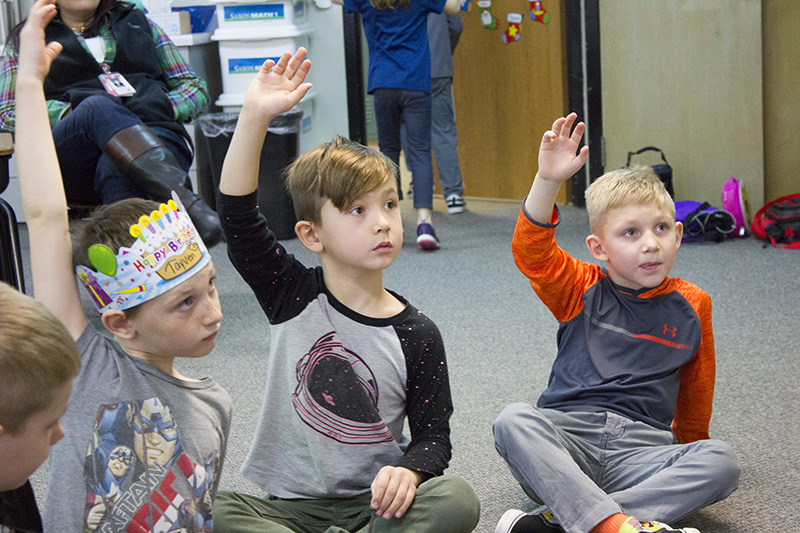 Anderson said he looks forward to seeing the long-term effect the weekly lessons have on the school.

“I think it will be even more interesting to see in a couple more years after most of our kids have had this program in place,” he said.

Anderson seven years ago wrote the grant that made NRHEG a federally-supported Positive Behavioral Interventions and Support school, a step Anderson said he took because the district needed to make clear appropriate student behavior and so NRHEG could take a positive, proactive approach to combating harassment.

According to the National Education Association, the federal designation includes requiring adopting and organizing evidence-based behavioral interventions into an integrated continuing sequence that enhances student education and social behavior.

Staff attended training sessions in connection with the program, and veteran staff said they’ve seen a change in the school’s culture after the initiative was instituted, Anderson said.

“It’s been a very good thing for our school,” he said.

A couple of years ago, the positive group, a local subcommittee of the federal program, helped introduce weekly anti-bullying lessons.

“We adopted the bully-free program, and we’ve had that implemented for a couple years here at the elementary,” he said.

NRHEG rewards students observed displaying positive behavior. This fall, the school offered students the chance to decorate pumpkins, take part in a photo booth and participate in other activities. Apple crisp and ice cream were available.

“Once a quarter, we have a schoolwide reward day that is sponsored by the (Positive Behavioral Interventions and Support) program, where we get to celebrate the good choices that are made by our kids,” Anderson said.

Students observed displaying positive behavior can collect Panther pride slips throughout the week and turn them into the office. After a certain number of slips are collected, students can qualify to have lunch with Anderson, cut his tie or duct-tape him to a wall.

Qualifying classrooms are eligible for a popcorn party.

“There’s a whole menu of things that they can choose from, which is just another way to celebrate the good choices they made,” he said.

After a donation made late last year by the school’s parent-teacher organization, Buddy Benches were installed that are used by students to show they want to be included in activities that other children are participating in.

“There’s a reason we put bullying first,” said school resource Officer Ryan Murphey. “I mean, that’s kind of — the way we understand bullying, the bystander effect is really important, that there’s bystander intervention with bullying, and we understand that some kids have a hard time reporting to adults just because of the culture, so we would create that tipline.”

Murphey said the program began at USC after it was suggested to him at a National Association of School Resource Officers event.

“Honestly, when we first launched this, I thought we were going to have a lot of fictitious (reports) and … people were going to kind of play around with it, but they’ve been taking it very seriously,” Murphey said, adding none of the tips have been fake.

Parents are encouraged to use the tipline, “and they have,” Murphey said.

The program began last year at the school, but advertising accelerated this year, both in-school and in the media.

Tipline use has varied from a couple a times per week to a couple of times a month, Murphey said.

“Because we understand how important it is for kids to talk to us directly — and that’s something when we’re going through a bullying report, that we ask them to do,” he said. “These are kind of for the kids that have a hard time with that.”

Bullying victims fill out a form that lists details of the incident, types of bullying the student went through, administrative action taken, documentation of when the incident occurred and when it was investigated. The forms are sometimes handed in by students, while at other times it is filled by out by a teacher on the student’s behalf.

Cameras are sometimes used to evaluate the incident area, and student discipline is usually issued by the school’s dean of students, principal or other administrative members.

Murphey said he is “incredibly pleased” with the success of the tipline.

He said he is not aware of any other school district in the area that uses a similar system to address bullying.

“From what I’ve seen and how successful it’s been here, I would love to see it happen in other schools, too,” he said.

Northwood-Kensett pleased with its approach to prevent bullying

To address bullying, Northwood-Kensett Community School relies on a model established by the Iowa Association of School Boards, a policy shared with more than 300 districts across the state.

“The policy’s sound and comprehensive.”

Even with a strong policy, however, Fritz said the success of any anti-bullying initiative rests with who is enforcing the policy.

Fritz said there were two founded bullying cases during the 2013-14 school year, one in 2014-15, none for the next two school years and one founded case this year.

To Fritz, documented cases of bullying involve repeated cases of negative behavior to one student by another student or a group of youth.

“Human beings aren’t kind to each other all of the time, and kids are human beings,” he said. “And so it isn’t uncommon in a school, on a team, in a 4-H group, in a youth group at church, for a kid to mistreat another kid.

“And that’s not right and needs to be addressed when you know about it. But that isn’t bullying. When it happens again and again, now it’s bullying, and that repeated persistent mistreatment of another individual — even if it’s by different kids — to that same poor kiddo, that’s the issue bullying is.”

Fritz said though statistics show the Northwood-Kensett district does not have a major issue with bullying, there is always room for improvement.

The school has adopted the Viking Way, where student volunteers work with counselors to plan monthly activities.

The words respect, responsibility, trustworthiness, fairness, caring and citizenship are featured in the school’s cafeteria, and every month teachers name students of the month who are then cooked breakfast by staff.

In a bonus round, a junior high student whose name is selected out of a hat receives two movie passes to the Northwood Theatre. High school students selected win a parking spot near the school.

Northwood-Kensett administrators navigate through a subculture that can make it difficult for students to tell administrators they are being bullied.

“Our counselors, I think, do a great job of training kids from a young age, ‘If you see something, say something,” Fritz said.

Fritz believes bystanders are the most important tool to prevent bullying.

“We know and they know that the most powerful tool against bullying is another kid,” he said. “Not me, not the counselor, not a policy, but other kids, and if they can thrive in a culture of knowing that they can share and help each other out, then that lets us help them.”

To Fritz, parents play a key role in ensuring their children are not involved in bullying.