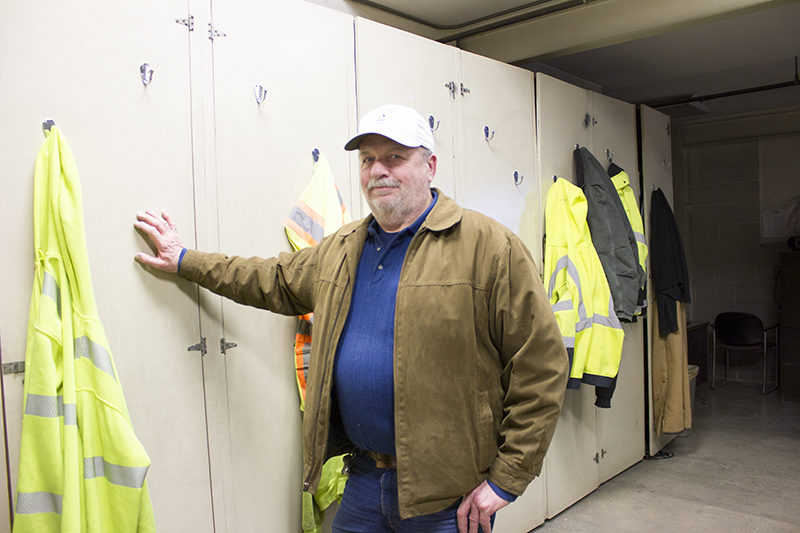 Howard Schewe retired on Friday from the city of Albert Lea, 37 years after starting as a utilities maintenance worker. — Sam Wilmes/Albert Lea Tribune

After 37 years and a successful bout with cancer, Howard Schewe retired as foreman of the Albert Lea Parks Department Friday.

Schewe, 65, began his work with the city as a utilities maintenance worker in October 1980, becoming a foreman in 1994. His main job as foreman was overseeing and conducting building projects. He also conducted tree inspections.

“We’ve kept busy on building projects, and there’s a lot of other little projects here and there that we’ve done over the years,” Schewe said.

In October 2009, Schewe was diagnosed with Stage 4 esophageal cancer. He received chemotherapy and radiation treatments.

“At the time, my doctor gave me six months without any treatments, without trying to stop it,” Schewe said. “We decided to try.”

By the beginning of 2010, the cancer spread to his liver and lymph nodes in his shoulder. He was informed he could not undergo surgery in his condition.

“My only option was then to either die or try their treatments, and they worked,” he said. “I’m one of a kind, they tell me.”