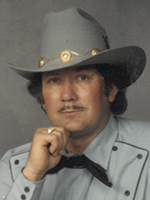 Doug was born Feb. 1, 1950, in Austin, the son of Raymond and Elaine (Hassing) Benson. He attended country school and graduated with the class of 1968 from Austin High School. Doug went on to attend Austin Area Vocational Technical Institute, where he studied auto repair.

He served his country for six years with the Minnesota National Guard.

Doug loved his lifelong career in farming. He was a historian, especially interested in firearms and American history. He also enjoyed horseback riding and coffee time with his old and new friends at Austin Hy-Vee. He will be dearly missed by all who knew and loved him.

Survivors include the love of his life and partner, Sandra Flim, of Oakland; two sisters, Jeanne (John Drake) Busse of Owatonna and Jayne (Steve) Sigurdson of Albert Lea; nieces Stephanie and Anna; and great-niece, Ireland.

Doug was preceded in death by his parents; his brother, Richard “Ace” Benson; his niece, Hannah; and other extended family members.

Funeral services will be at 11 a.m. Monday at the Worlein Funeral Home chapel in Austin. The Rev. Daphne Hamborg will officiate. Military honors by American Legion Post 91 and Veterans of Foreign Wars Post 1216 will immediately follow the service. Visitation will be from 9 a.m. until the time of the service Monday at Worlein Funeral Home. Interment will be in Fairview Cemetery in Oakland.