Dynamic duos in the making 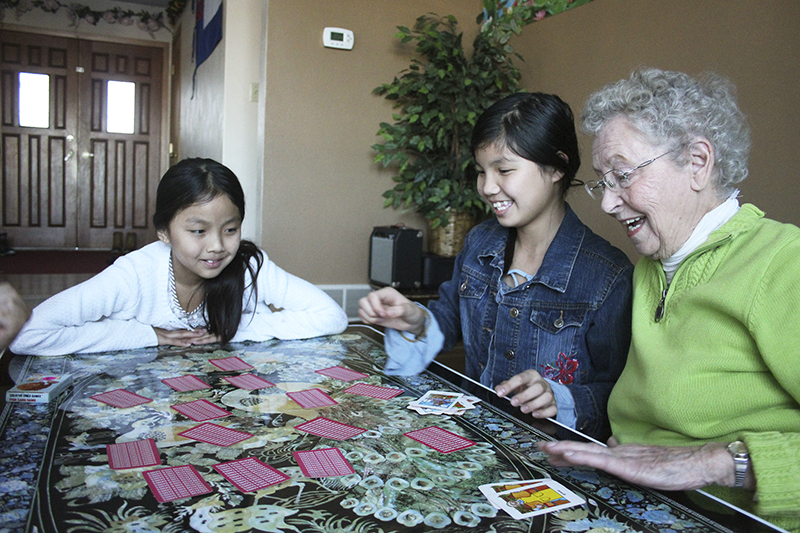 In the STARS mentoring program, there’s one group who did it in reverse.

Typically, STARS project coordinator Mary Jo Volkman said the mentees are referred by teachers, social workers and parents, and volunteers are found through advertising and word of mouth. Volkman then meets with the mentors and makes a match based on common interests and personalities.

“They just need that extra person to be there for them,” Volkman said.

Alyce “Penny” Jacobsen, New New and Leah Say did it a little bit differently. Jacobsen met New when she volunteered at New’s kindergarten. She helped New with her English. At first, Jacobsen took New and her sister to the library and picked up several books at the Friends of the Library Book Sale.

The relationship has since evolved. New is now 11, and Leah is 9. Jacobsen will pick the girls up and bring them to her house. They might read. Say might draw, Jacobsen said. She has also accumulated some school activities and math flashcards the trio may do together. They’ll play dress-up and bake cookies. Say likes to play a bean bag toss game outside. New likes to feed the ducks in Fountain Lake.

“We have to, like, go very slow and try not to scare the ducks,” New said. When the ducks don’t like what food they have to offer, Say will eat the leftovers. 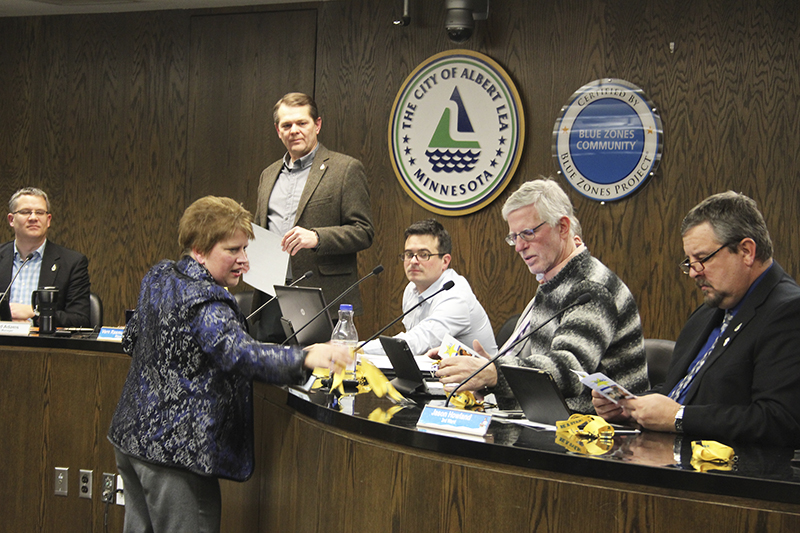 Jacobsen and New both said these interactions give the girls opportunities to do things they might not normally do with their families.

The three joined STARS in October, after Jacobsen ran into Volkman at the grocery store.

“‘What you’re doing is exactly what I want my mentors to be doing,’” Jacobsen said Volkman told her.

Volkman said the STARS program has 21 mentors and 24 mentees. The waiting list has around six to seven children on it. Volkman said she had one girl on the list for two years before she made the match. Now, she and her mentor are sewing together.

Mentees can sign on for a year at a time. After the year, the pair can decide whether they would like to continue together for another year or switch things up. Volkman said most mentees are 10 or 11 years old, a transitional age in which Volkman said can be a helpful time to have an extra set of ears.

Volkman said the main challenge of the program is scheduling. STARS offers a group event every six to eight weeks. New, Say and Jacobsen have gone bowling and went on a scavenger hunt at the historical museum through these outings.

“I like meeting new people and having new friends,” New said of the group outings.

This friendship value is also something Volkman said can impact the adults who volunteer.

“I don’t have any young grandchildren,” Jacobsen said, “… so I’m a sort of substitute grandmother for them.”

And for New, it’s another chance to do something she enjoys: sharing her culture and having other cultures shared with her.

Jacobsen said mentoring has been a satisfying thing to be a part of.

“They’re nice girls, and they appreciate what we do together,” Jacobsen said. “I get lots of hugs and, ‘Thank you, Penny!’” 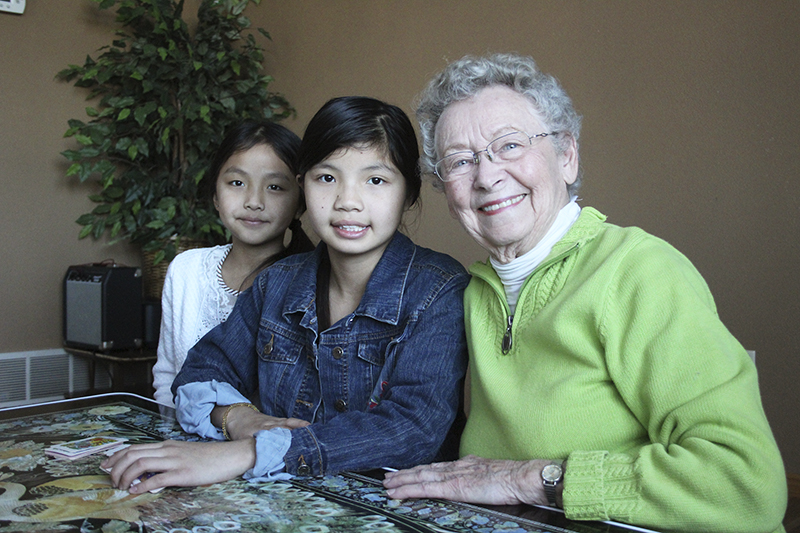 Leah Say, left, New New and Penny Jacobsen have been spending time together for the past five years, after Jacobsen met New New in a kindergarten class with which she volunteered. – Sarah Kocher/Albert Lea Tribune

Man charged with having folding knife in courthouse