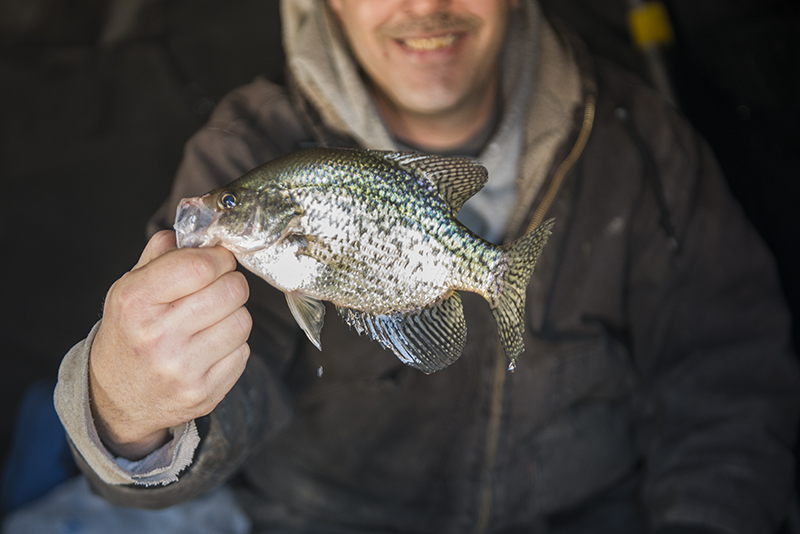 Anglers take to the ice as area lakes solidify for winter

Ice fishers have continued to set up camp in pockets across Fountain Lake as the weather settles into a below freezing routine.

On Wednesday afternoon, Josh Ricke held up a 9-inch crappie, which he was keeping alive in a bucket in case he decided to play catch and release. Whether he kept it depended on how much success he had as the day carried on.

“It’s not looking that way unless it picks up,” Ricke said. He said he will sit out on the ice for seven or eight hours at a time, waiting for bites.

Ricke said the fish have been hit or miss this year. He has had success with perch on Freeborn Lake, and he heard there were walleye near the bridge along Lakeview Boulevard — although he wasn’t seeing any.

Fellow anglers Jonathan Wilke,  and father-daughter duo Josh Pfennig and Grace Pfennig were in it for the crappie.

“I feel like you have better of a chance to get more panfish in the winter,” Wilke said, because he suspects they are further down in the lake and more concentrated than the summertime. 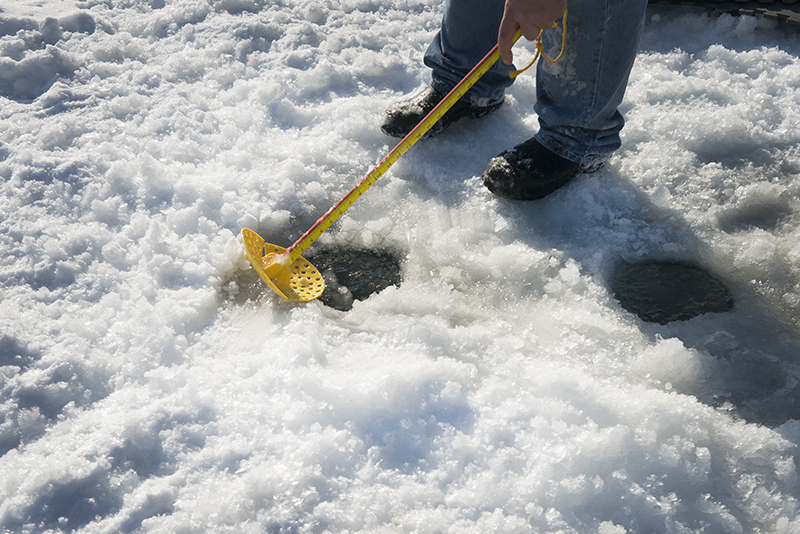 He said he’s liking how this year is stacking up against last year so far.

“I don’t think we caught a single thing,” he said.

Skaar went out Wednesday mainly to set up his ice house, he said, which he built himself with the help of a few carpenter friends.

“My version of fishing is more I have a TV and satellite in there, so it’s kind of like sitting in your living room while you’re fishing,” he said.

“That’s probably what I like best about wintertime — there’s not that many people out,” he said.

Grace Pfennig, who had been out several times so far this season, said the fishing has been good for her on Fountain Lake. 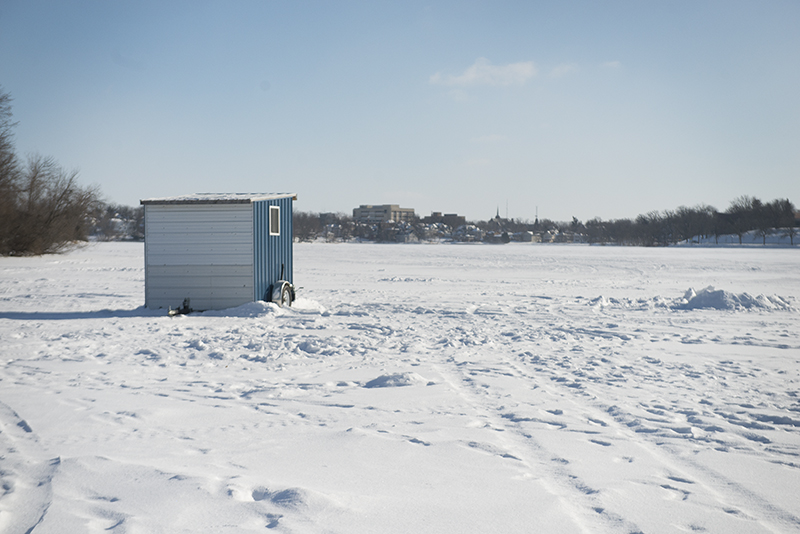 With colder temperatures for the foreseeable future, more and more ice houses and shelters are popping up on area lakes for ice fishing. – Colleen Harrison/Albert Lea Tribune

In the meantime, Ricke was still looking for bites. He said he enjoys the time he spends ice fishing, which he has been doing since his father introduced him to it at age 5.

“I just like sitting out in my fish house,” Ricke said. “It’s quiet.”

A few fish houses and some time later, Skaar was doing the same thing.

“Basically, ice fishing is just a nice way to relax, you know,” Skaar said. “It’s nice and it’s not a lot of stress and if you don’t catch anything, it’s all right. I’m used to it.”

But for some, there might be a little more to it than that.

“I like to see what’s on the other side of the hook,” Grace Pfennig said. 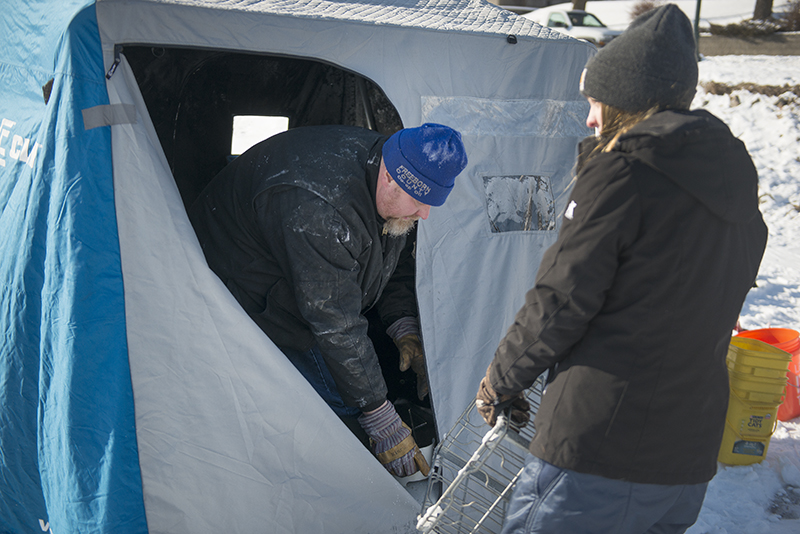