A visitation for Joseph will be from 2 to 5 p.m. Friday at Peterson Brothers Funeral Home in Willmar. Interment will be at Fort Snelling National Cemetery at a later date. 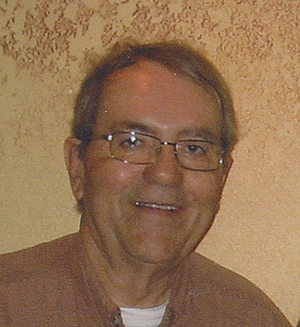 Joseph Lee Haddy was born May 12, 1941, in Albert Lea, the son of Joseph and Edna (Harrington) Haddy. He grew up and received his education in the Albert Lea and Conger area.  In 1963, he joined the U.S. Air Force and served in Vietnam. He was honorably discharged in 1967. Joseph married Lorraine Bauman. They lived in Lakeville and Owatonna before moving to Willmar in 1976. Joseph worked as a field technician for Northern Natural Gas for over 30 years.  He retired in 2003 and continued to work as a consultant for a few years.

Joseph was a member of Finstad-Week Veterans Foreign Wars Post No. 1639 in Willmar.  He was a Boy Scout leader for Troop No. 565 and continued to be involved in various mentoring and leadership roles in the Boy Scout organization for over 35 years. During his retirement, Joseph was an avid walker and also enjoyed attending his grandkids activities.

He is survived by two sons, Dean (and Casey) Haddy of Farmington and Randy (and Cheryl) Haddy of Sauk Rapids; four grandchildren, Meghan, Lucas, Belle and Ethan; brother, David (and Margie) Haddy of Rochester; sister: Alberta (and Robert) Bauman of Rochester; and many other nieces, nephews, relatives and friends.

He was preceded in death by his parents; and brother, Earl Harrington.