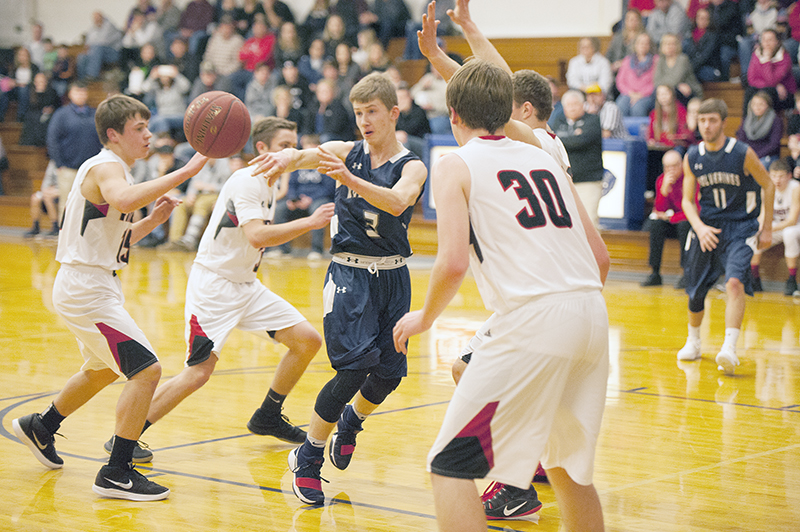 Glenville-Emmons sophomore Dawson Dahlum makes the outlet pass to a teammate during the first half of Tuesday’s game against Alden-Conger. Dahlum would score 21 points in the loss. - Tyler Julson/Albert Lea Tribune

GLENVILLE—The Glenville-Emmons boys’ basketball team hosted Alden-Conger Tuesday night in an offensive showcase that would go down to the final minute.

Despite being up by as many as 12 points in the first half, the Wolverines were unable to tide the momentum of the Knights, as they fell 82-78.

Both offenses got off to hot starts in the opening half. The Wolverines got the upperhand early thanks to a boost from senior forward Logan Studier, who scored 11 of the team’s first 19 points.

The Wolverines climbed to a 12-point lead with about four minutes remaining in the first half. It seemed as though the Knights would head to the halftime break in a hole. However, they found themselves recipients of three straight and-one opportunities, converting two of them. Senior Gavin Steele and junior Ryan Hansen made the big plays for the Knights. 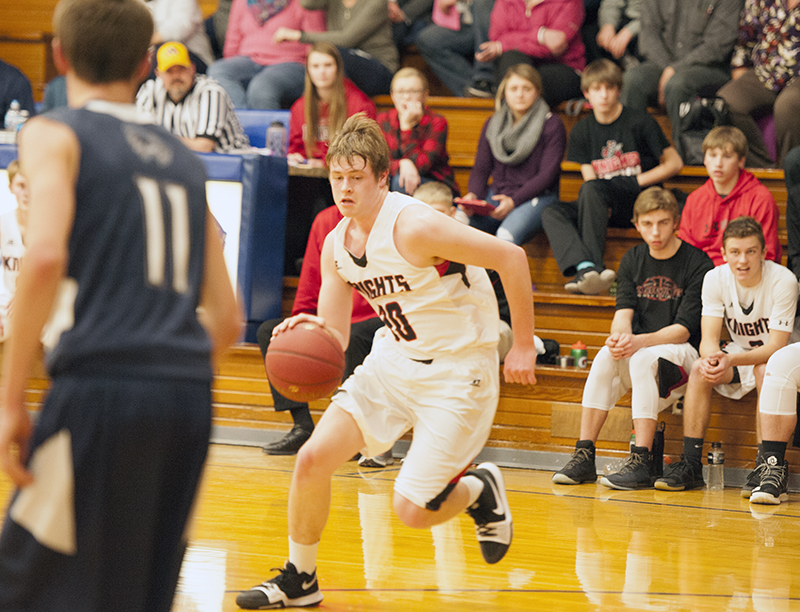 Before the half was over, the Knights would go on a 15-5 run to send the game to halftime tied at 41.

The Knights would start to pull away with just minutes remaining, but were plagued by shooting woes from the free-throw line, allowing the Wolverines to climb back in.

Three clutch free throws from sophomore Dawson Dahlum after a foul on a three-point shot would bring the Wolverines back to within two points with under 20 seconds remaining. The Knights, however, would find their stroke from the line, with Hansen making some big shots to ice the game.

Glenville-Emmons was led in scoring by Studier with 28 points; Dahlum had 21 and senior Christian Nelson had 17. Alden-Conger was led by Steele with 25 points, and senior Alex Cummings had 20.

The Wolverines fall to 1-11 on the season and will play again Thursday when they host Randolph.

The Knights climb to 4-12 and will be back on the floor Thursday when they travel to Madelia. 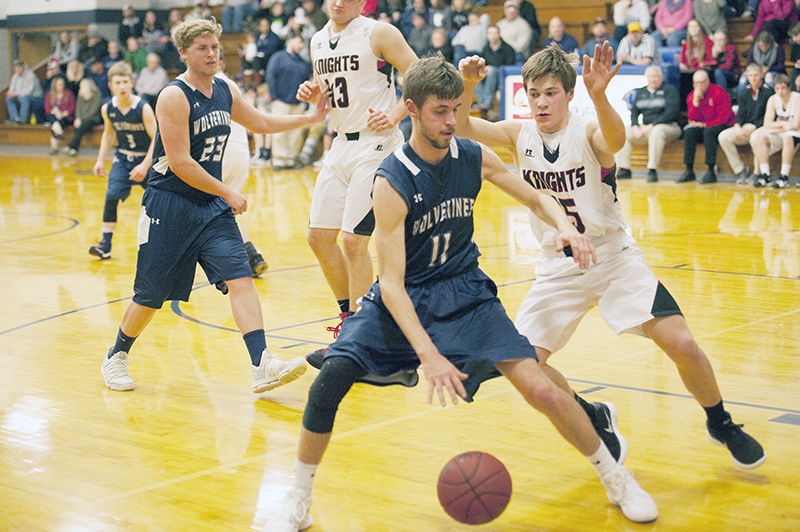