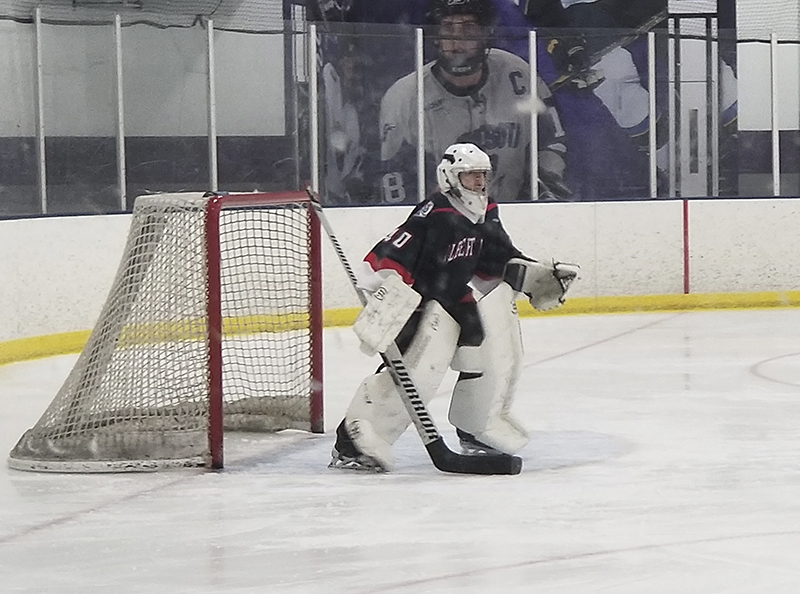 Albert Lea eighth-grader Raiden Gordon made his 1,000th save of the season Saturday. This is the second time Gordon has reached the milestone. - Provided

For many hockey goalies, reaching 1,000 saves in a season is a milestone they can only dream of.

Raiden Gordon, an eighth grader on the B2 bantam hockey team in Albert Lea, made that milestone a reality Saturday as he recorded his 1,000th save in a game against Mankato.

Gordon talked about what it means to him to achieve the honor and his favorite part about playing hockey.

“It means that I’ve improved since last year,” Gordon said. “It also means that I can still get better. My favorite part is playing a game of scrimmage, mainly because it lets me and my team redeem ourselves from a previous game.”

He said he has been playing hockey since he was just 3 years old and credits his dad for getting him into the sport, as he was also a goalie when he was younger.

While the 1,000 save mark is rare, this isn’t the first time Gordon has risen to the mark. He also reached 1,000 saves during the 2016-17 season while playing for two different teams for part of the year.

“My favorite memory is getting 89 saves out of 100 shots in a single game,” he said.

Games with a high amount of saves haven’t been uncommon for Gordon this season. He boasts a save percentage of .872 and has games totaling 78, 73, 56 and 54 saves each.

His favorite team is the Minnesota Wild and his favorite player is the Wild’s goalie, Devan Dubnyk. Dubnyk is Gordon’s favorite because he started out as the backup goalie and worked his way up to become the starter.

Not only is Gordon a star on the ice, he’s an exemplary student as well. He maintains a straight A grade point average and his favorite subject is math. He also does his part to draw attention to a subject near to his heart — every year he dyes his hair pink in October for his grandma and to support Breast Cancer Awareness Month.