Tigers dominate on the mat 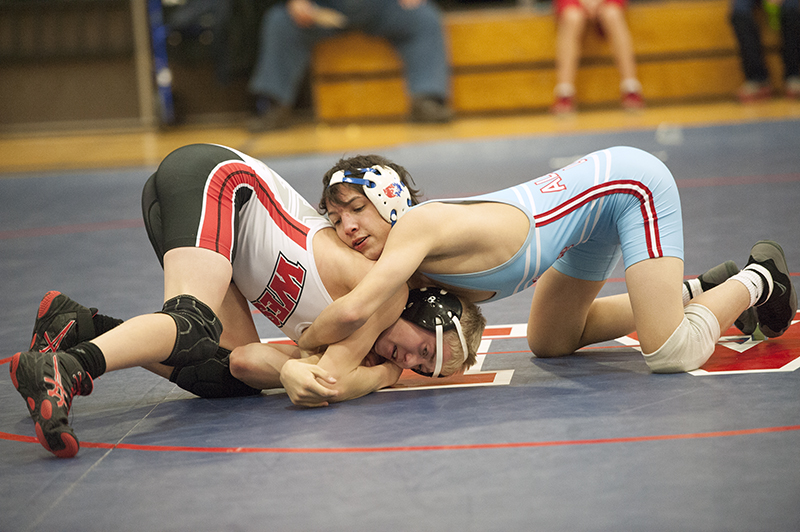 Albert Lea junior Nic Cantu attempts to get around his opponent from Mankato West on Thursday night. Cantu would record two second-round pinfalls in the triangular. - Tyler Julson/Albert Lea Tribune

The first match of the night saw Albert Lea eighth-grader Cameron Davis in a dramatic finish, in which he scored four points in the final minute to send the match to overtime. Davis made quick work of his opponent in the first sudden death period, gaining a takedown in the first minute.

The exciting finish set the tone for the rest of the dual, as junior Nic Cantu and senior Jake Johnsrud picked up back-to-back pinfalls, putting the Tigers on top 21-0 just four weight classes in.

Senior Gavin Ignaszewski would pick up a technical fall, followed by senior Logan Donovan recording a 10-0 major decision. Also picking up a pinfall for the Tigers was freshman Griffin Studier. 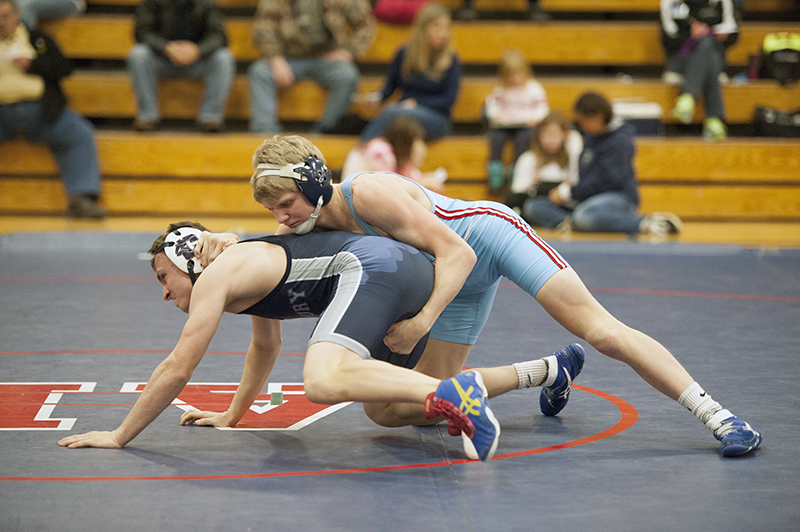 Albert Lea senior Jake Johnsrud rides out his Rochester Century opponent Thursday night. Johnsrud would pick up two pins on the night, one in 28 seconds and the other in 43 seconds. – Tyler Julson/Albert Lea Tribune

The Scarlets would put up a slightly bigger fight, but it would prove no match for the Tigers. Cole Glazier got the dual off to a strong start with a 15-0 technical fall. Davis was up next and recorded a major decision, followed by three straight pins by Cantu, Johnsrud and Donovan. Nielsen would get the team’s fourth pin, while Ignaszewski and Indrelie would both get major decisions. Zach Glazier would grab the second technical fall of the dual, 19-4.

Of the nine matches Albert Lea won against Mankato West, all of them were bonus-point wins.

The Tigers climb to 19-3 in duals this season and with just four duals remaining until the postseason, will be back on the mat Saturday when they host Farmington.

Saturday will be Wrestling Day in Albert Lea, with the eighth annual Corey Goodnature kindergarten through eighth-grade youth tournament in the morning, followed by junior varsity action at 3 p.m. and varsity starting at 4 p.m. Alumni will be recognized at the dual and a social will be held at the Moose Lodge following the action. 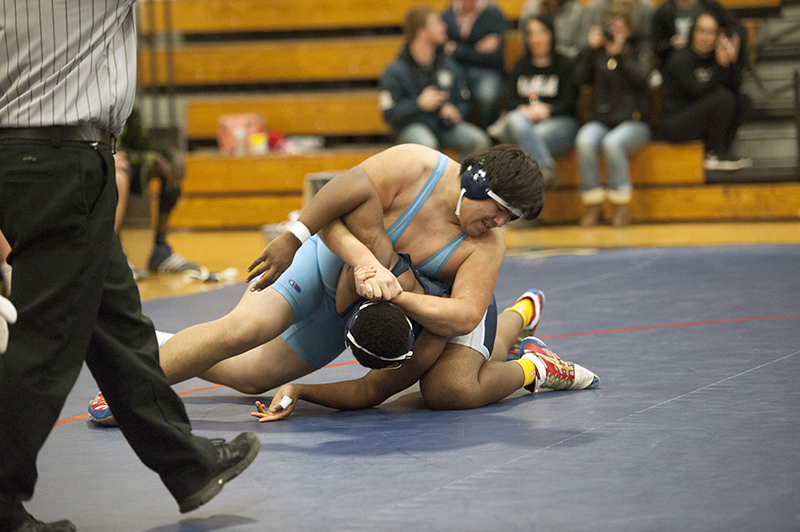