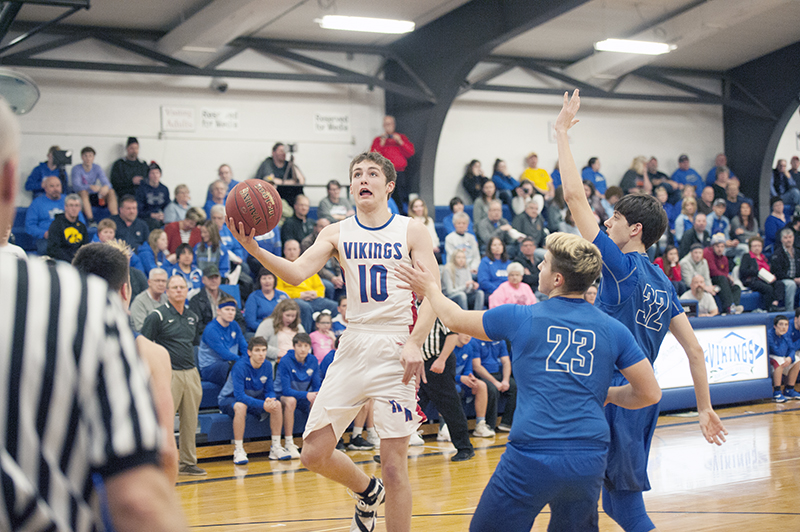 NORTHWOOD — The Northwood-Kensett boys’ basketball team came into the game against Rockford on Friday night looking for its second win of the season.

Despite playing a hard-fought and emotional game, the Vikings were unable to stick with the Warriors late, as they fell, 67-37.

Throughout the first quarter the Vikings were helped in a big way from junior Josh Fick. Fick scored six of the Vikings’ nine first-quarter points, scoring a free-throw, two-point lay in and a three-point shot. The Vikings trailed the Warriors 13-9 after the opening quarter.

A couple of big three-point baskets from senior Colton Moretz gave the Vikings the lead midway through the second quarter. However, they would give up a quick shot on defense to give the lead right back. Senior Josh Jaspers also came on strong late in the half and went into the break with six points. The duo’s efforts, however, wouldn’t be enough to keep the Warriors at bay, as they extended their lead to nine points at the half. 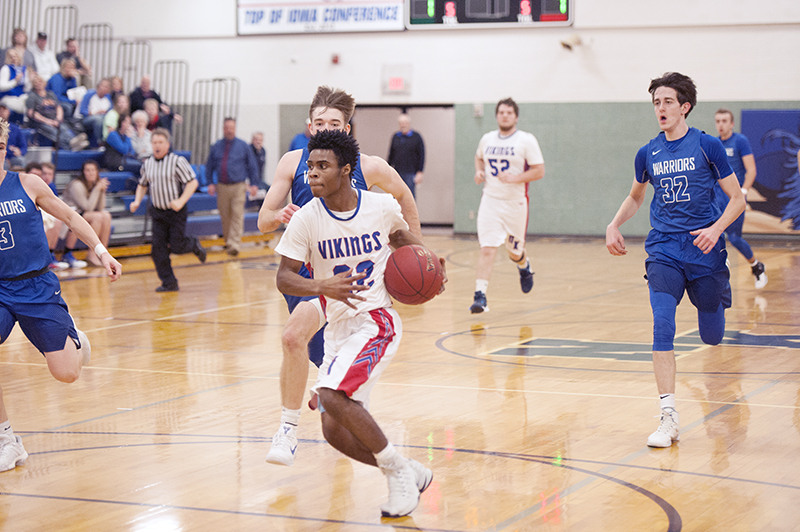 The Vikings fell victim to a sluggish start in the opening minutes of the second half. The Warriors started the third quarter by going on a nine to three run, putting the Vikings in a deep hole. The Warriors used multiple three-point baskets to take a commanding lead going into the fourth.

Already in a 17-point deficit to start the final quarter of play, the Vikings were unable to stop the Warriors momentum, as they were outscored 20-7 in the fourth quarter.

Northwood-Kensett was led in scoring by Fick with 13 points, Jaspers followed with 11 and Moretz finished with nine.

The Vikings fall to 1-12 on the season and will be back in action Saturday to take on the 5-8 Lake Mills Bulldogs.