A 16-year-old girl was injured Saturday after a vehicle she was driving crashed into a sign one mile north of Clarks Grove on Interstate 35.

The girl, whose name and condition were not listed on Minnesota State Patrol records, was taken to Mayo Clinic Health System in Albert Lea.

The girl was driving a 2012 Ford Fusion south on Interstate 35 when she left the roadway to the left and crashed into a sign before 2 a.m. Saturday, according to the report.

The four passengers in the vehicle, 39-year-old Jessica Jean Frank, a 16-year-old, a 15-year-old and a 17-year-old were not injured in the crash. Their addresses were not listed on public records.

All occupants of the vehicle were wearing their seat belts, and alcohol was not a factor in the crash, according to the report. 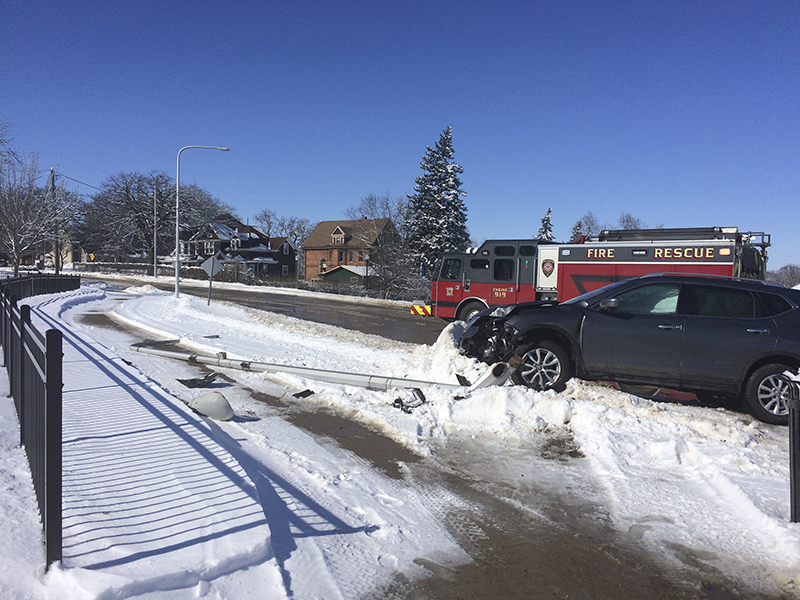 A vehicle knocked down a light pole Sunday afternoon at the intersection of North Broadway and East Fountain Street. Sam Wilmes/Albert Lea Tribune

Philip Joseph Kortz, 69, was reported taken to Mayo Clinic Health System in Albert Lea after a car crashed into a light pole at about 1:10 p.m. Sunday at the intersection of North Broadway and East Fountain Street.

Kortz, described as confused after the crash, was reportedly treated and released at the hospital.

More information was not available at press time.