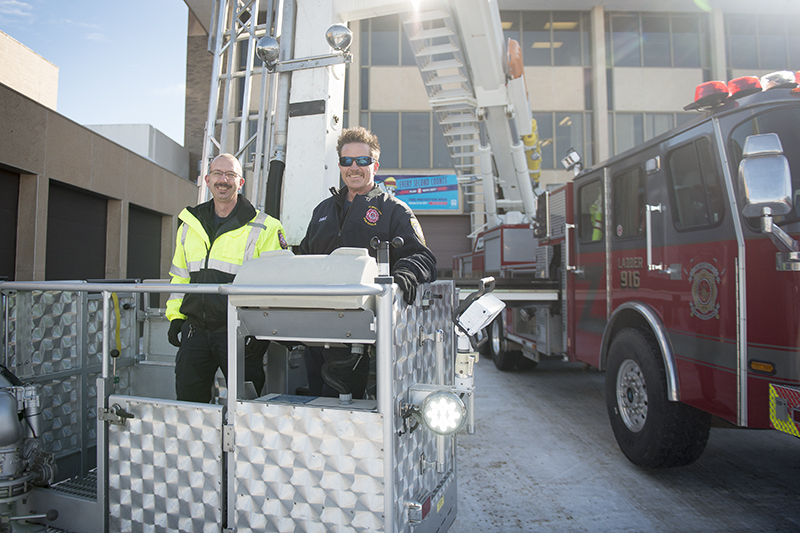 Truck started out with a fire department in Wayne City, Michigan

The recently installed Albert Lea Fire Department truck features technology the department previously did not have to assist firefighters in lifesaving missions.

The truck features a maneuverable extension of its ladder, allowing it to be placed in areas that could not be reached by previous fire trucks. The truck also features a 2,000 gallon-per-minute pump.

The extension allows the Fire Department to rescue people from the water and other below-grade places. Compartment space in the truck allows for more equipment — air tanks, axes, an electric fan — to be stored. The truck is equipped with a 2,000-pound anchor so it can be used like a crane.

The used truck, purchased for $450,000, was significantly less than the price it would have been if it was a brand-new truck, said Albert Lea Deputy Fire Chief Jeff Laskowske. 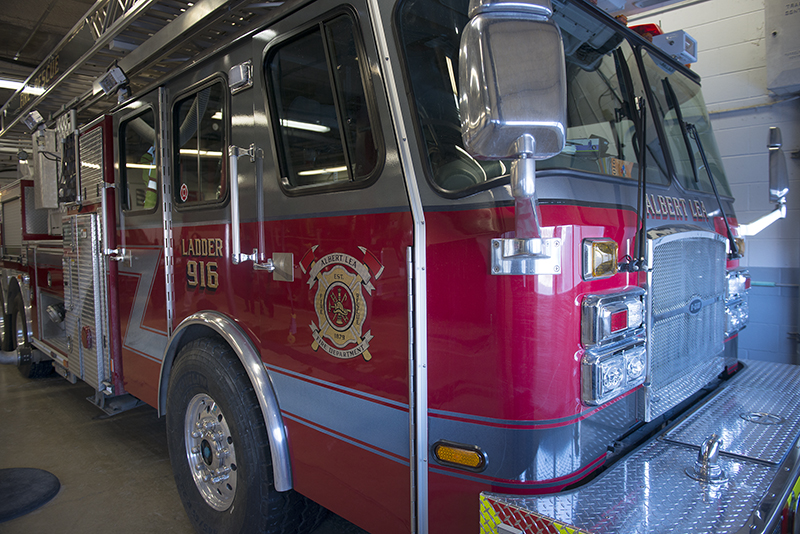 The new-to-Albert Lea fire truck can reach up to 134 feet, making it the tallest in Minnesota, according to Jeff Laskowske of the Albert Lea Fire Department. – Colleen Harrison/Albert Lea Tribune

Laskowske estimated purchasing the truck was $700,000 less than the city-estimated price for a fire truck.

He said the former fire truck had deficiencies.

“Our current aerial apparatus at the time, the hydraulics were failing on it,” he said. The truck didn’t have a platform, so firefighters were missing components to operate a ladder, he said.

The Fire Department has three engines and a truck in its fleet. Laskowske said firefighters are dealing with cramped quarters in their facility. Standard bays today are 14 feet, while Albert Lea’s is 12. There is reportedly at most 1 1/2 inches in door clearance for the new truck.

“It’s very tight to fit in there,” Laskowske said.

Albert Lea firefighter Brett Boss called the truck an “upgrade” to the department’s fleet of apparatuses by using new technology, benefiting the community and protecting firefighters.

“Newer technology will help us do our job better and help protect the citizens better,” he said. “I think it’s the main purpose of the truck.”

What if it happened here?