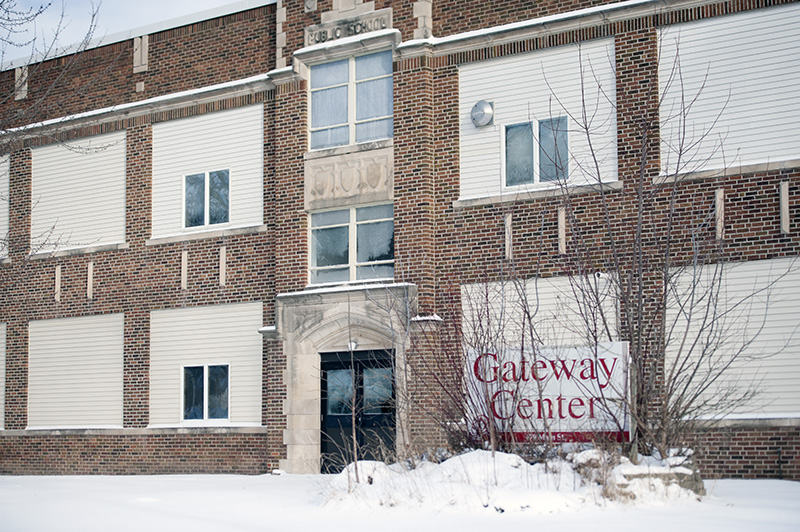 EMMONS — An Austin businessman recently purchased the Emmons school building that has spent the past many years empty.

Arges Nelson, a man involved in a number of businesses, has bought the old school building in Emmons and plans to renovate it and open it as rentable storage units.

After purchasing the building at a tax forfeiture auction in September, Nelson has been busy working to convert the classrooms into useable storage units. Nelson said one side of the building has 15-foot-by-27-foot units, while the other side is 11-foot-by-27 foot. There is also a cafeteria and gym, which Nelson plans to rent out as warehouse space.

Nelson talked about why he decided to purchase the former elementary school.

“The elementary school is all ground level, and it’s very easy to convert into storage units,” he said. “Storage units are a very hot commodity right now, it seems like everybody is always full. It will be kind of handy for the people in the area that want to stick their boat somewhere over the winter.”

Nelson said there are people waiting to get into the units, but he is still in the middle of some major construction and is waiting to get most of his equipment removed before anyone could move their things in.

So far, the renovations have included putting walls up to divide the classrooms into two separate rooms and replacing the windows with garage doors. Nelson said he has pulled his workers from the building this winter on account of the extreme cold, but when all is said and done, he hopes to have about 24 units available for rent.

Nelson said he thinks the gymnasium will create the biggest business opportunity. He has already reached out to the Albert Lea Economic Development Agency looking to strike a deal with a new small business to rent out the space.

On top of renting out the storage units, Nelson owns a machine shop in Austin, sells used cars and owns other rental properties, among other small businesses.

Ten of the units are ready to be moved into immediately, while the rest are being finished. Many of the units have already been spoken for, but there are still some available to those who are interested. Anyone interested in renting a unit should contact Nelson at 507-438-6373 for further details.

Why did Nelson buy the old Emmons school?

He was looking for an additional business opportunity and thought the elementary school looked like a good investment after turning it into storage units.

7 – Months have passed since Nelson purchased the building

2 – Units of warehouse space Nelson is going to rent out