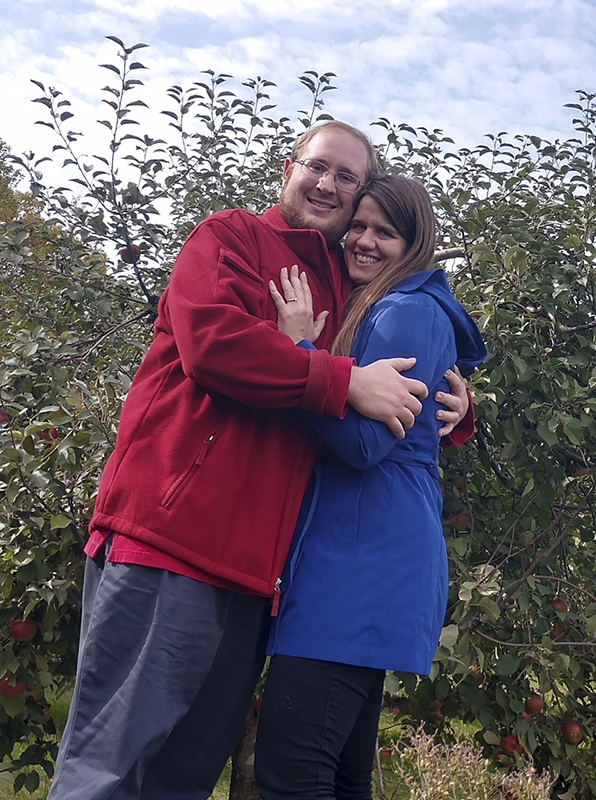 Loren and Joan Bidne of Kiester and Thomas and Joan Van Sloun of Coon Rapids are happy to announce the engagement and upcoming wedding of their children, Janelle Joan Bidne and Kevin Joseph Van Sloun.

The bride is the granddaughter of Elaine and the late Calmer Bidne of Kiester and Marcella and the late Armond Braun of St. Ansgar, Iowa.

She is a graduate of United South Central High School in Wells and received a Bachelor of Science in computer graphics and interactive media and Bachelor of Arts in English from University of Dubuque in Dubuque, Iowa, and a 3-D animation and visual effects diploma from Vancouver Film School in Vancouver, British Columbia, Canada. She is a 3-D digital designer employed at Trane/Ingersoll Rand in White Bear Lake.

The groom is the grandson of the late Jack Beuning and the late Mercedes Beuning of Andover and Lanie Van Sloun and the late Arthur Van Sloun.

He is a graduate of Totino-Grace High School in Fridley and received a Bachelor of Science in computer game design development from Brown College in Mendota Heights. He is a 3-D print design technician employed at Fantasy Flight Games in Roseville.

The couple will be married in September at the bride’s home church of Trinity Lutheran Church in rural Kiester.