Bulldogs to finish state tournament in the consolation rounds 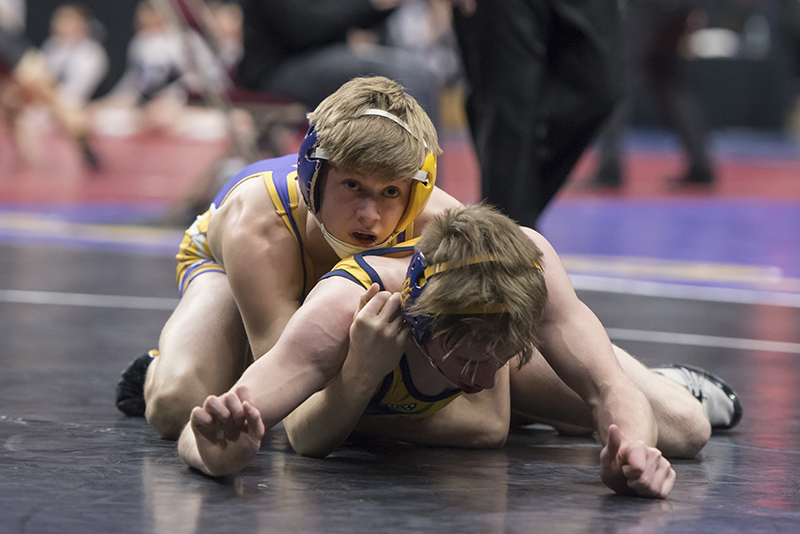 Senior Gabe Irons, sophomore Tyler Helgeson and freshman Elijah Wagner all had a chance at the title, while freshman Jack Ramaker was fighting his way up the consolation side of the bracket.

Helgeson was the first Bulldog on the mat Friday afternoon and would hold on to beat his opponent in a tough low-scoring match, 1-0. After an escape in the second period, he was able to ride out his opponent for the entire third period, claiming a spot in the semifinals.

During the semifinal session later in the day, Helgeson was unable to win his spot in the finals, losing by major decision, 10-0. 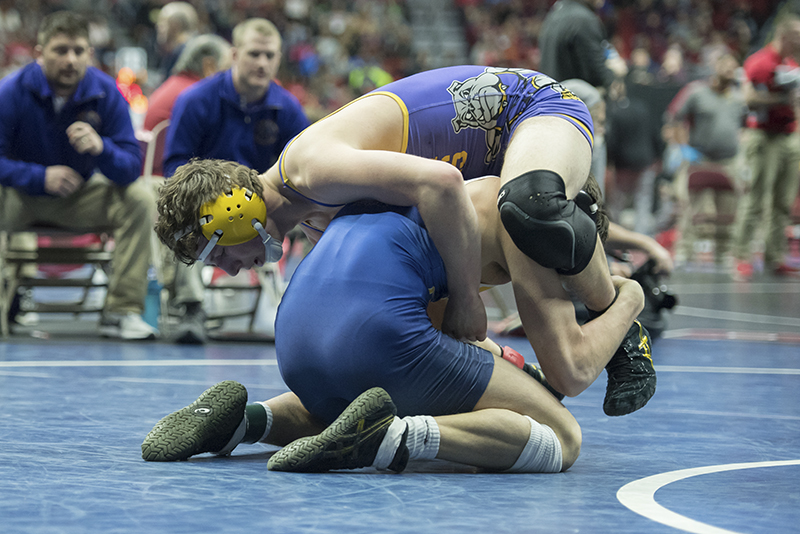 Wagner wasn’t able to find the same early success as his teammate. He ran into a buzzsaw in his opponent Ryan Schott, who had only lost two matches all year. Wagner would get his shot at redemption in the consolation bracket, but would fall short, losing his match 10-3. The freshman’s season comes to an end with a record of 41-17.

Irons would once again prove he belonged among the elites in his weight class. He pinned his opponent, who had only lost three matches this year, in 1:24. Irons wouldn’t see the same result in his semifinal matchup. He went up against a very tough opponent and was unable to pull out the victory, losing 11-0.

Ramaker, who was sent to the consolation rounds after losing his first match Thursday night, got his second win on the consolation side of the bracket with a 7-2 decision win. The win guarantees him at least an eighth-place finish. Later in the evening, Ramaker’s consolation run came to an end after losing by pinfall in the first period.

Three of the six Bulldogs who started the state tournament will be wrestling on the final day. Unfortunately, none of them will be in the finals. Ramaker will wrestle in the seventh-place match; Helgeson and Irons still have a chance to finish as high as third place. Check back with the Tribune for final tournament results as they become available. 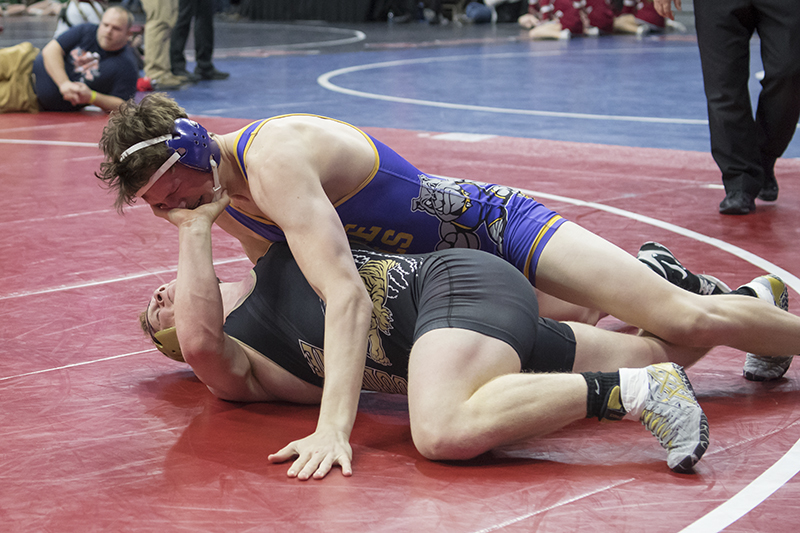