Continuing with a family firefighter tradition 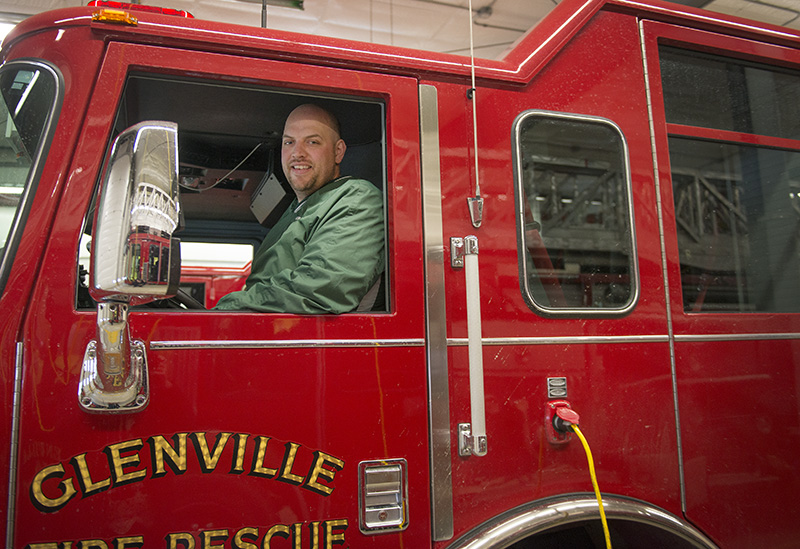 GLENVILLE — The apple doesn’t fall far from the tree, as the saying goes.

That saying applies to Matt Webb.

In fact, Matt and Wes Webb are typically the leading and second-leading in most calls responded to among the Fire Department members.

Matt Webb, 32, has been with the Fire Department since 2003, and was assistant chief for six years before becoming fire chief in May 2017.

The Fire Department, which is made up entirely of volunteers, is fully staffed with 27 members. There are currently three people on the waiting list to work with the department. 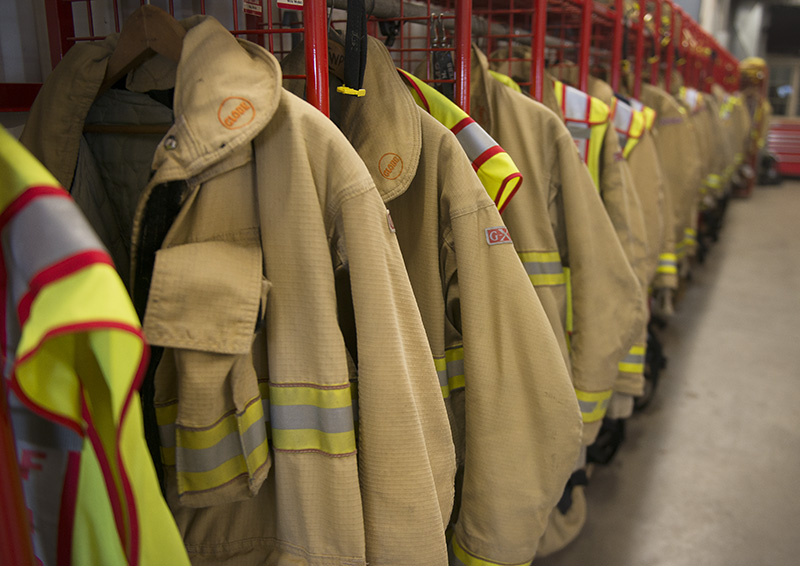 The Glenville Fire Department is fully staffed with 27 members, and also has three people on a waiting list to serve with the department. –
Colleen Harrison/Albert Lea Tribune

Webb said the department covers about 45 square miles on a regular basis, not including the areas it responds to on mutual aid calls when assisting other departments in Freeborn County. He said the Freeborn County Fire Association has the longest continuous running mutual aid arrangement in the state of Minnesota. According to Webb, the association was formed 65 years ago and meets once a month.

The Glenville Fire Department is also made up of Glenville’s first responders. Webb said 18 of the 27 department members are currently emergency medical responders, with others working through their training.

While each department has its own guidelines with how early new members respond to calls, Webb said Glenville gets its newer members working fairly quickly. The department gives its members two years to accomplish all of their fire and EMR training and certifications. Members are required to have 144 hours in fire education training, as well as 40 hours in EMR training to become certified. EMR certification is renewed every two years, and a minimum of 24 hours of updated fire training is also required every two years, which Webb said Glenville always meets and usually exceeds.

He said about 65 to 75 percent of Glenville’s calls are usually medically related.

While the job will always have an element of unpredictability, Webb said he has noticed certain trends depending on the time of year. Car accidents usually increase in the winter months, especially with the department covering six or seven miles of interstate. There also tends to be more house fires in the colder months, with space heaters, fireplace usage, Christmas trees, an increase in oven and stove usage and other elements creating more fire hazards. In the spring and autumn months there are typically more grass or brush fires, as people are working to either clear areas or more machinery is being used out in fields that may be dryer.

“We’ve about seen it all,” Webb said.

With the fire department being on a volunteer basis, most of its members have other full- or part-time jobs outside of the firehouse. Even with that being the case, though, Webb said the mentality is to always be ready to go out on a call whenever possible. While he said the department is staffed well around the clock, it’s a bit thinner during the day as some of its members work outside of Glenville. He said many of the members’ in-town employers are understanding and supportive of them leaving work to respond to calls, which is always appreciated. Even with its members having other jobs, Webb said the department averages 12 members responding on each call.

Webb said the job is rewarding, and while his crew members make it fun, they’re all dedicated to keeping people safe.

“We’re pretty serious about it,” he said.

45 – Square miles the Glenville Fire Department covers, not including when it assists neighboring areas and departments

27 – Members of the Glenville Fire Department

Bar and grill in Freeborn is ‘a family adventure’