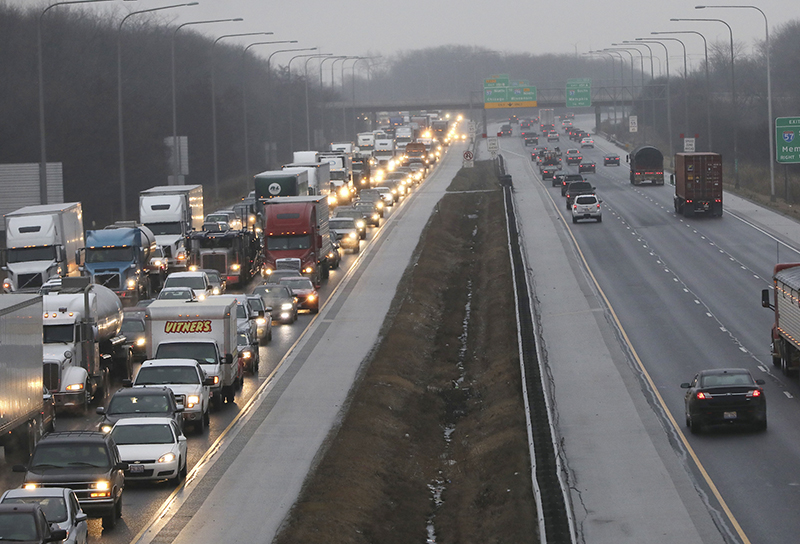 In its executive summary, the report explains that the 2017 Legislature wanted to know about using tolling “to reduce congestion and raise revenue.”

The high, medium and low toll rates used in the study were 10 cents, 7 cents and 4 cents per mile.

The corridors studied included sections Interstates 94 and 35, U.S. Highways 52 and 169 and Trunk Highway 610.

The  gross revenue those toll roads could produce are upwards of $25 billion over 30 years. The net revenue could be around $17 billion — after all, the state will need to pay to run this system.

So, where do we go from here? Should Minnesota go the way of Wisconsin and Illinois? Is it time to privatize roads?

We have a better idea. Take this study, shred all of its copies and stuff all that in a pothole along with the hot sticky tar mix and maybe some feathers.

Building and maintaining roads is as basic a function of government as it gets. For politicians to punt again on adequately funding roads and transportation systems while playing Whack-a-Mole with tax cuts and social issues to garner and outright buy votes would again be despicable.

Among the worst aspects of this idea is that Minnesotans will be paying a tax (toll) that will  be split between road work and a private company collecting the tax.

Let’s be honest and thrifty; fix what needs fixing, build what needs building and pay what needs paying.

Hiring an outfit to shake change from drivers is not what this state needs.