Hayward Cooperative one of last of its kind in southern Minnesota 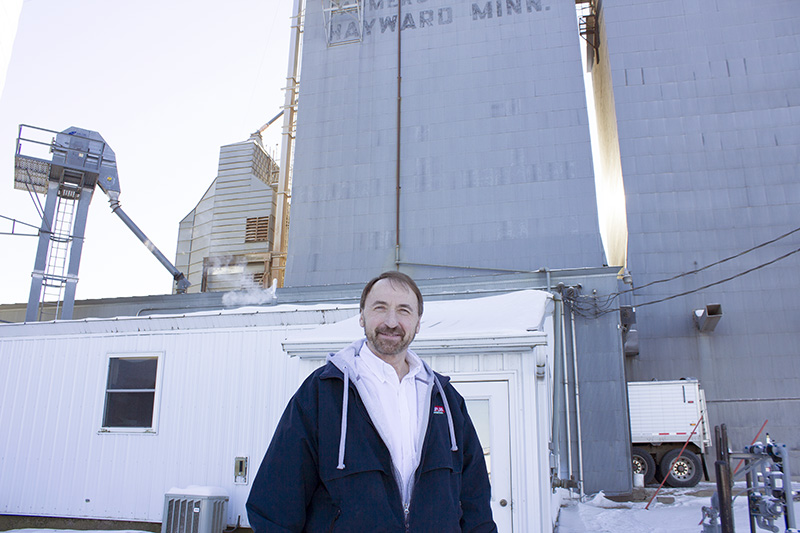 Many family farms have merged into larger operations, and today, small cooperatives are rare.

Hayward Cooperative has weathered the storm and continues to operate, more than 105 years after it started.

The agronomy division of the business sells fertilizer, inputs and chemicals. Custom spraying and the custom application of anhydrous are offered. The cooperative’s grain elevator offers a place for customers to sell soybeans and corn.

Any profit the cooperative makes is handed back to farmers.

“The money that’s in the company is the farmers’ money. In a nutshell, that’s what a co-op is.”

The original Hayward elevator facility was built in 1903 by S.Y. Hyde Grain Co. The elevator was sold to La Crosse Grain Co., which in turn sold it to Farmers Elevator in 1911 for $4,750. Farmers Elevator Co. merged with Community Co-op Oil Co. in 1979 and changed the name to Hayward Cooperative.

The business has a seven-man board that sets the organization’s direction that Wittmer answers to.

This is Wittmer’s 13th year as manager, and his 37th year with Hayward Cooperative.

The cooperative has grown in size, and Wittmer hopes to expand Hayward Cooperative even more before he retires.

“When you put this much time invested in someplace, you like to see it work and keep working,” he said. “So that’s kind of my goal, is if at some point when I do retire, I want this place running well and being somewhat progressive.”

In his nearly four decades at Hayward Cooperative, Wittmer has helped three generations of farming families.

“As I get to be older, you see the shift,” he said. “And granted there are less, less farmers coming back, replacing — as the farms get bigger, there are less farmers — but you still get to see, I’ve gotten to see three generations of farmers here.”

Despite having lived north of Conger for 30 years, Wittmer formed a connection with the Hayward community because of his role with the cooperative.

Hayward Cooperative has about 900,000 bushels of grain space and serves a 10-mile circle around Hayward. There are about seven full- and part-time employees, and three or four employees join the organization during the busiest parts of the year.

Wittmer hopes the business continues to have a footprint in the community.

“It’s just part of the landscape in Hayward, I guess,” he said. “Been here a long time — like to keep it going, I guess.”