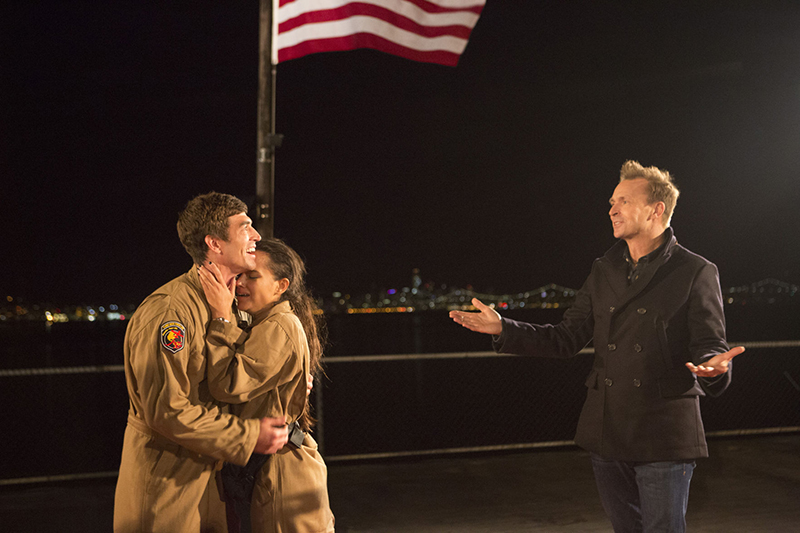 LAKE MILLS — A Lake Mills native has been added to the list of “The Amazing Race” winners.

Cody Nickson, 32, a Lake Mills High School graduate who now lives in Plano, Texas, and his fiancee, Jessica Graf, 26, were deemed the winners of a $1 million prize Feb. 21 during the show’s two-hour finale.

“The Amazing Race” is a CBS show in which 11 teams of two travel around the world competing in mental and physical challenges at various destinations.

After the challenges are completed, the teams are given their next destination. Teams that lag the farthest behind are gradually eliminated, and the first team to arrive at the final destination wins the prize. 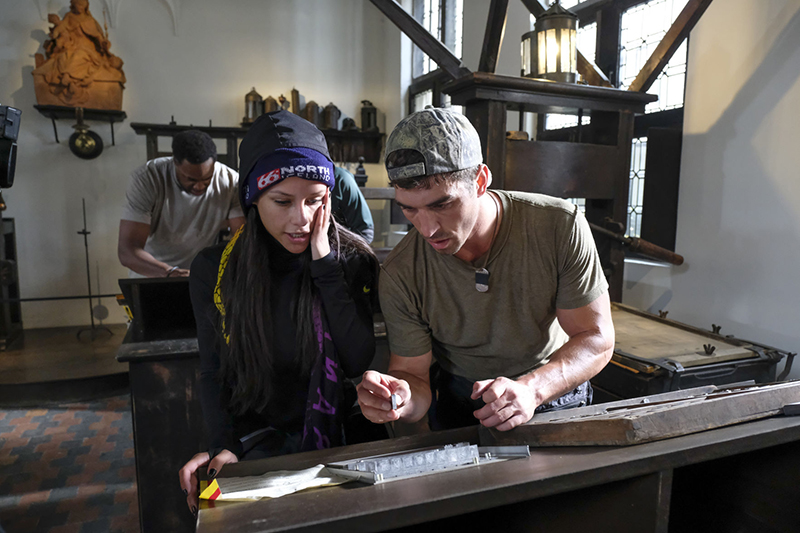 In Detour A, Jessica Graf, left, and Cody Nickson, right, make their way to the Plantin-Moretus Printing Museum in Antwerp, Belgium, where they must set type by hand to complete an exact copy of a Flemish poem during an episode of “The Amazing Race.” – Timothy Kuratek/CBS

Nickson and Graf, who competed as Team Big Brother, were among four teams to race through Hong Kong and San Francisco. They crossed the finish line first during the finale.

After 10 countries, 21 cities and more than 29,000 miles, “The Amazing Race” host Phil Keoghan crowned the couple the winners of the 30th race around the world.

Last summer, Nickson and Graf competed in the 19th season of “Big Brother,” a CBS show that follows a group of people living together in a house outfitted with high-definition cameras and microphones recording their every move.

When asked what he hoped to accomplish by running in “The Amazing Race,” Nickson, who served in the U.S. Air Force and Marine Corps, said, “I fell in love with Jess on ‘Big Brother’ and we made an incredible team. I want to compete with her by my side again,” in his biography on cbs.com.

On Feb. 15, Nickson posted on his social media accounts a video of him proposing to Graf at Runyon Canyon Park in Los Angeles. 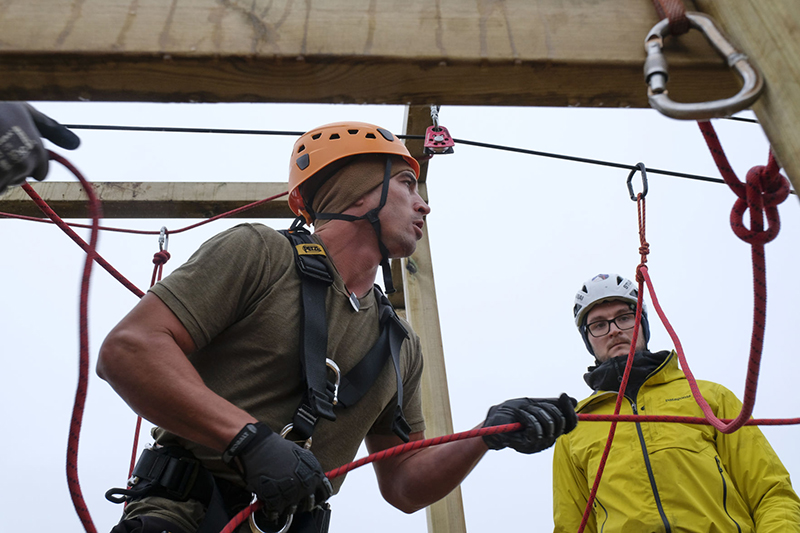 In this Active Route Marker, Cody Nickson, left, and Jessica Graf, not pictured, must make their way to the river canyon waterfall known as Geitárgljúfur, then traverse 150 feet over the canyon to retrieve a flag of Iceland, during an episode of “The Amazing Race.” – Timothy Kuratek/CBS