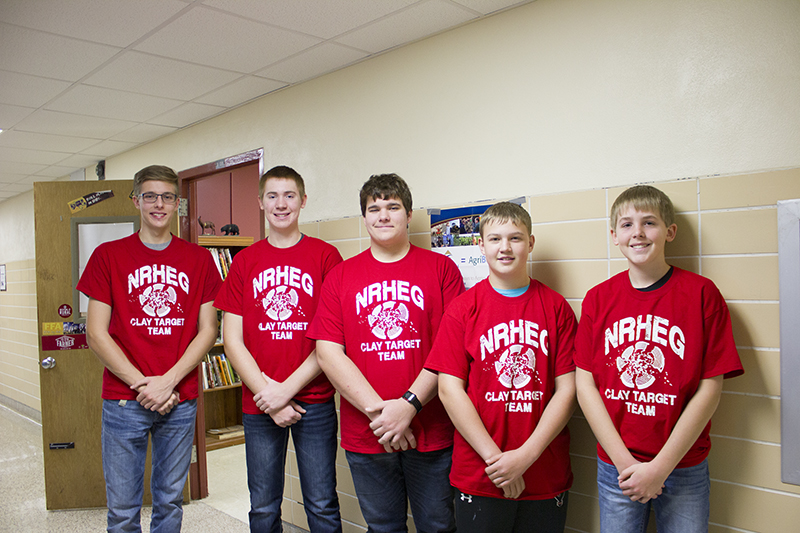 Aaron Olson, Evan Dobberstein, Chancellor Olson, Caden Beauvais and Alex Dobberstein are members of the NRHEG Clay Shooting team, which has been competitive since its inception in 2011. — Sam Wilmes/Albert Lea Tribune

For these students, the team allows them to enjoy a sport they love without needing to meet the physical standards sports such as football and basketball require.

Since 2011, NRHEG has fielded a team with students from the district, as well as students from Albert Lea, Owatonna and Janesville-Waldorf Pemberton schools for a majority of years.

During the season, the team participates in once-a-week shoots and sends the scores in, competing with schools such as Hermantown, Alexandria, Blaine and other programs.

Most participants shoot clay targets with a 12-gauge shotgun, but players with a smaller stature participate with a 20-gauge firearm.

The divisions the Panthers compete in are decided by team size, meaning the team competes against a wider array of schools than other sports.

NRHEG has qualified for state two of the last four years it has competed. 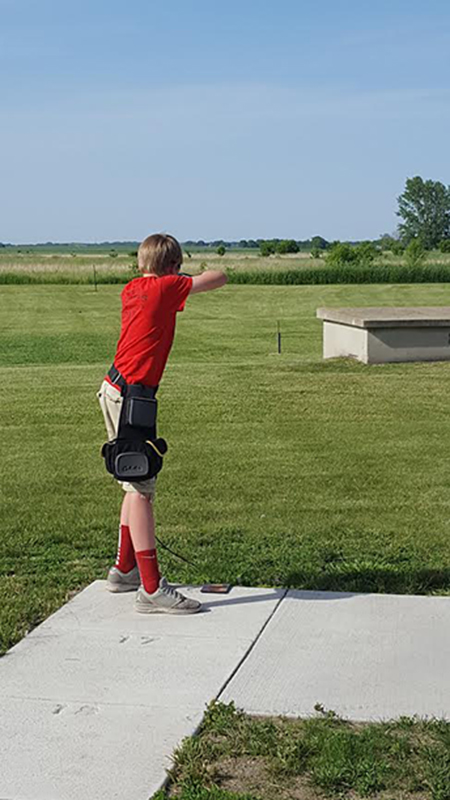 A member of the NRHEG Clay Shooting team participates in a shoot. — Submitted

The team has seen an extensive increase in participation since Sorum started the program at NRHEG in 2011. He was driven to start the team after helping oversee regular trap shoots as an FFA adviser in the 1990s.

“I found that this league existed,” he said. “I thought, ‘Well, let’s see if kids want to do it here.’ And we got 14 kids that first year, and parents loved it and kids loved it. And it just boomed after that.”

Forty-five students participated in the team last fall, with 62 in the spring. Team members said increased local participation in the sport comes as the sport’s popularity increases statewide.

“It’s just such a good feeling to see yourself improve and see yourself grow and become a better shooter,” said Olson’s brother and fellow team member, Aaron Olson.

Team members said clay shooting is not as intensive as football and other sports, and shooters who are not physically gifted can still participate in the program if they can shoot safely.

Team members have participated even after suffering injuries that would have rendered them unavailable to participate in other sports.

NRHEG student Caden Beauvais participated in a shooting competition while utilizing a walker after breaking his leg.

Sorum said players are vigilant about being safe while shooting.

“They have a lot of fun, but they take safety very seriously,” he said.