Paying homage to a fellow Tiger 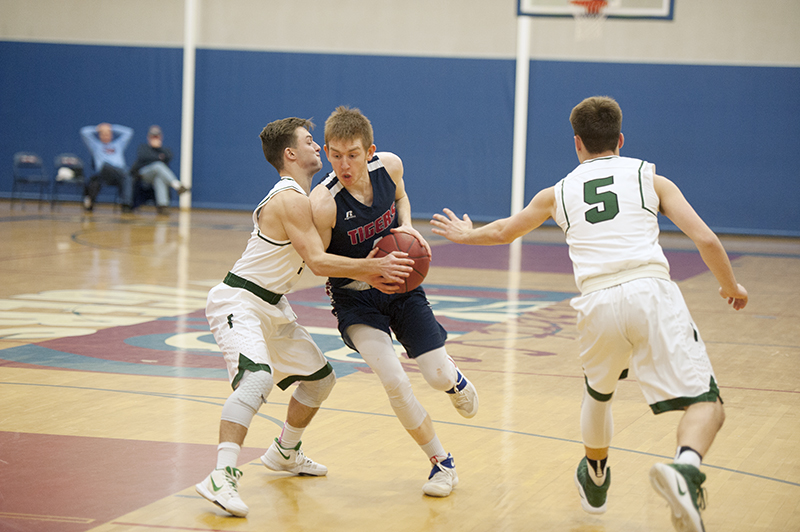 Albert Lea senior Garret Piechowski moves past a defender Friday night against Faribault. The Tigers would go on to lose the game, 50-48. -Tyler Julson/Albert Lea Tribune

Despite putting on their best performance of the year, the Tigers fell just short of the Falcons, 50-48.

The night was about much more than just a basketball game, however; it was a night in which a former Tigers basketball player and 2005 Albert Lea graduate was honored. Friday night marked the first annual Ryan Moore Night. 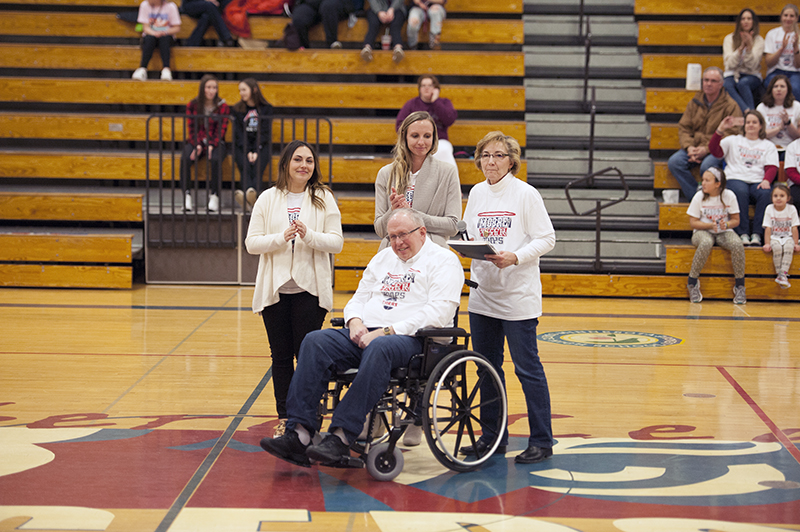 Friday night marked the first annual Ryan Moore night. Moore’s family was at halfcourt during pregame to welcome everyone to the event. – Tyler Julson/Albert Lea Tribune

Moore was a mainstay in the basketball lineup during his high school days and a fixture within the Albert Lea community. Moore died in May 2016 after a battle with leukemia, but his memory is carried on by the scholarship foundation set up in his name.

Before the start of the game Moore’s mother, Suzanne, gave a speech alongside her husband, Mike; her daughter, Anne; and daughter-in-law, Jessica. Fans also heard from former Albert Lea head coach Matt Addington, featuring many of Moore’s former teammates.

T-Shirts were sold commemorating the evening as well as silent auction items and raffle prizes. All proceeds raised throughout the evening were given to the Ryan Moore Scholarship Foundation, which awards one Albert Lea senior each year with a scholarship.

“Ryan was just one of those guys that once you met him you weren’t going to forget him,” said Beth Barclay, one of the event organizers. “He always brought so much passion to the game, you could just see it coming from him. It’s great to see everyone come back and honor Ryan tonight.” 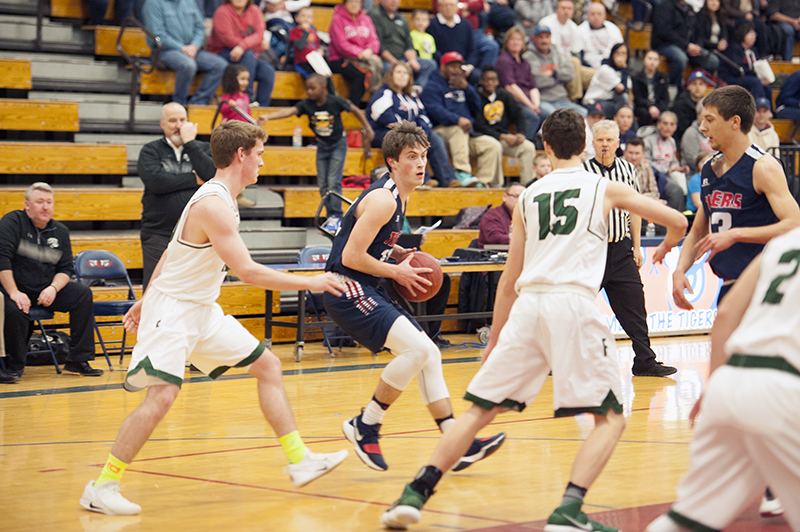 Albert Lea junior Spencer Doyle looks for an open pass Friday night at home. The Tigers were unable to come away with a win despite holding their opponents to a season low. – Tyler Julson/Albert Lea Tribune

As for the game itself, the Tigers played their cleanest game of the year. The first half was closely contested with neither team taking more than a three-point lead over the other. The Tigers used multiple passes to get the open looks they wanted and capitalized on their open shots. The defense was the best of the season, and the Tigers played with the most intensity they’ve shown all season.

At the halftime break, Albert Lea trailed by just one point, 24-23.

The second half wasn’t any different than the first. Both teams brought a high level of energy and it showed on the court. The Tigers were aided by some big shots form sophomore Koby Hendrickson, senior Sean Wadding and junior Dylan Scherff that kept them in the game.

Albert Lea found themselves up by one point late in the game, but a three and a couple of made and-one opportunities put them into a hole they couldn’t quite overcome. The Falcons made good on their free throws, icing the game with under one minute to play. Junior Parker Anderson put in a late shot to cut the deficit to two, but the horn sounded soon after, handing the Tigers a heartbreaking loss.

One of the many things that went well for the Tigers was their defensive play. Fifty points scored by the Falcons is the lowest an opponent has scored on the Tigers by 11 points.

Albert Lea falls to 0-20 on the season and will play again Tuesday at home for senior night. 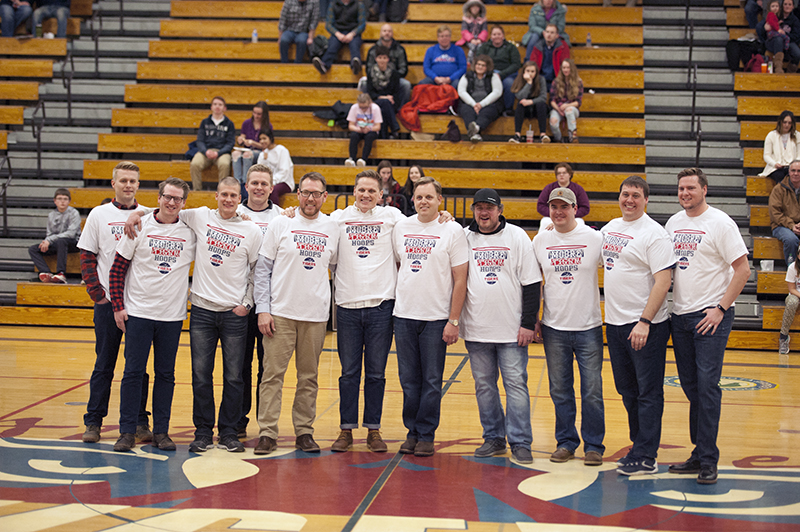