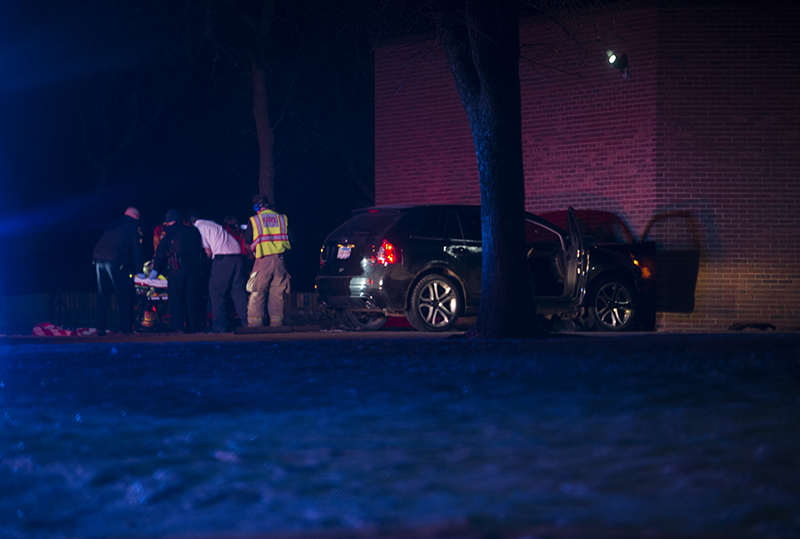 An Albert Lea woman reportedly suffered from a medical emergency Wednesday night when she crashed into Lakeview Elementary School, according to police.

Jonelle Deann Ignaszewski, 57, was taken by ambulance to Mayo Clinic Health System in Albert Lea before being transferred to St. Marys Hospital in Rochester.

She was listed in critical condition as of Thursday morning.

Albert Lea Superintendent Mike Funk said the school building itself was not damaged, though Ignaszewski’s vehicle struck a flag pole and a bench in front of the school.

Police state Ignaszewski was driving a 2014 Ford Edge north on Summer Avenue at 7:55 p.m. when she reportedly veered off the roadway a few times before crossing Abbott Street, driving onto the sidewalk and yard in front of the school, striking a steel flag pole and then coming to a stop when the vehicle crashed into the brick building.