This house in the 400 block of Second Avenue Southeast in Austin is at the center of a stabbing that took place Thursday evening. The unidentified woman later died from her injuries. Eric Johnson/Albert Lea Tribune

AUSTIN — Susan Spoors, 60, of Austin died Thursday after allegedly being stabbed by her son.

According to the court complaint, officers responded to a call at 7:34 p.m. Thursday in the 400 block of Second Avenue Southeast and made contact with Susan. Susan said her son, Russell, had been requesting his medication despite having already taken it. She said she was at the hospital with him that morning because she believed he overdosed. Russell was nearby and kept asking for his medication, to which she said “no.” The officers observed he did not seem upset and agreed to take his medication in the morning. 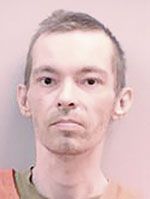 An officer then spoke to Susan alone, according to the complaint. She said she was “scared” of Russell and had to hide his medicine in her room. She said he would go through her room looking for it when she wasn’t home and would threaten her when she told him to stop.

The officer suggested she should leave the house for the night and arranged for a place for her to stay, but she declined, saying she believed Russell had calmed down and would go to bed, according to the complaint.

The same officers went back to the residence at 8:07 p.m. after Russell called and said his mother had stabbed herself in the abdomen with a 12-inch knife, according to the complaint.

The officers found her lying in her bed, bleeding from the abdomen, according to the complaint. She was not responsive. One of the officers tried to administer aid while the other asked Russell again what happened. Russell repeated that his mother stabbed herself.

Russell allegedly changed his story, telling the officer she came out of her bedroom with a phone and he came at her with a knife in his hand, according to the complaint. She told him to “stop,” at which point he allegedly stabbed her several times. When asked why, Russell said, “So she (sic) stop grabbing knives from me anymore,” the complaint said.

When the ambulance arrived, Russell was arrested and his mother was taken to Mayo Clinic Health System in Austin.

An officer at the hospital heard Susan, who had wounds in her right flank, left abdomen and back, tell a nurse that Russell had stabbed her, the complaint said. She was pronounced dead at 9:30 p.m.

Police allegedly found three knives, one with blood on it, in the mailbox.

An Austin detective and a special agent from the Bureau of Criminal Apprehension spoke to Russell at the Mower County Jail. He allegedly said that after the police left, he went to her room and asked her for his pills. He said she pushed him and slapped him and told him to get out. He then said he grabbed three knives from the kitchen in case “she tried to attack me again” and went back to her bedroom “to get my pills.” He said there was an altercation, that she threatened to call the police, took the knives from him, and placed him in a chokehold. He then said he got a knife away from her and stabbed her. When she wouldn’t give him his pills, he put her in a chokehold and allegedly started stabbing her. He allegedly indicated he knew he was killing her.

Russell was sentenced last week to two years of probation for fourth-degree assault on emergency medical personnel that occurred on July 21.

He is scheduled to appear in Mower County District Court on Thursday.

Another round of snow expected to cause difficult road…