The Tigers advance in sections 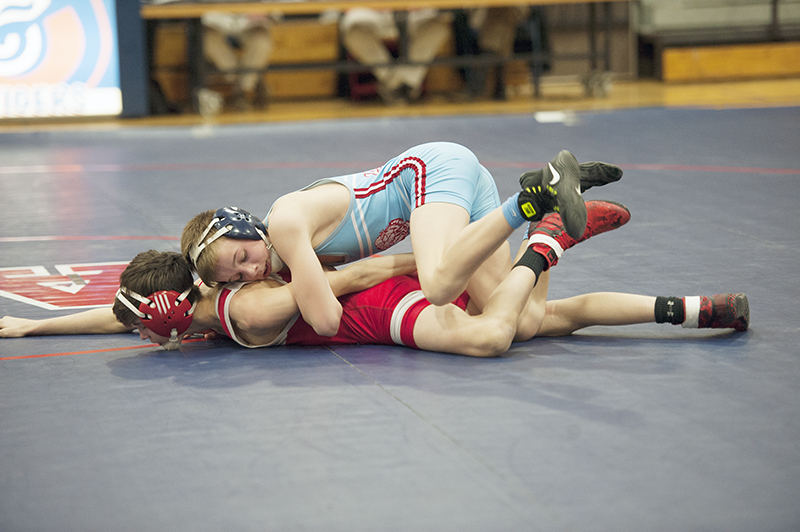 Seventh-grader Cole Glazier rides his Austin opponent in the first period of his match. Glazier would get the pin at 1:39. - Tyler Julson/Albert Lea Tribune

The Albert Lea wrestling team hosted the quarterfinal round of the team section tournament Thursday night. The team would square off against Austin, which had beaten Rochester John Marshall in a pigtail portion of the bracket earlier in the night.

The Tigers dominated their way to a crushing defeat of the Packers, 62-18.

Seventh-grader Cole Glazier opened the dual with a pin in the first period, getting the Tigers off to a hot start. Eighth-grader Cameron Davis and junior Nic Cantu kept the pin streak alive with falls of their own — Davis’s coming in 1:25 and Cantu’s coming at 2:41.

Senior Jake Johnsrud would record the first non-pinfall victory of the night by defeating his opponent by technical fall, 16-0. 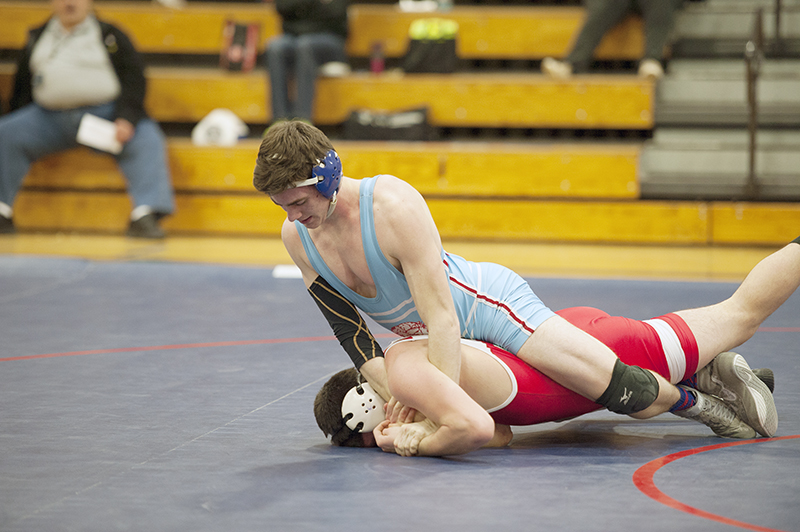 Albert Lea senior Levi Kermes controls the wrist of his opponent in the 62-18 dual victory. Kermes would go on to get the pin in the second period of the match. – Tyler Julson/Albert Lea Tribune

Already up 23-0 after four matches, the Tigers did not let off of the gas just yet. Senior Logan Donovan got the team’s fourth pinfall of the night in the second period of his match. He was followed by yet another pin, this time by senior Gavin Ignaszewski.

Senior Garrett Grandstrand lost a hard-fought bout, getting pinned in the final minute of the third period. Senior Ty Harms got the squad back on track with a decision win, followed by the sixth and seventh pins of the night by seniors Brody Nielsen and Levi Kermes.

With just four weight classes to go, the Tigers had an astounding 50-6 lead. That gap would grow even wider after senior Spencer Indrelie picked up a win via forfeit and senior Zach Glazier notched a pinfall in the second period.

Senior Jaime Valdez and junior Christian Garcia would fall in the final two matches of the night, but it barely put a dent in the sizeable Tigers lead.

The Tigers move onto the semifinals of the Section 1AAA team dual tournament and will meet Faribault at 11 a.m. Saturday at Mayo Civic Center in Rochester. The winner advances to the finals, which would start at 1 p.m. 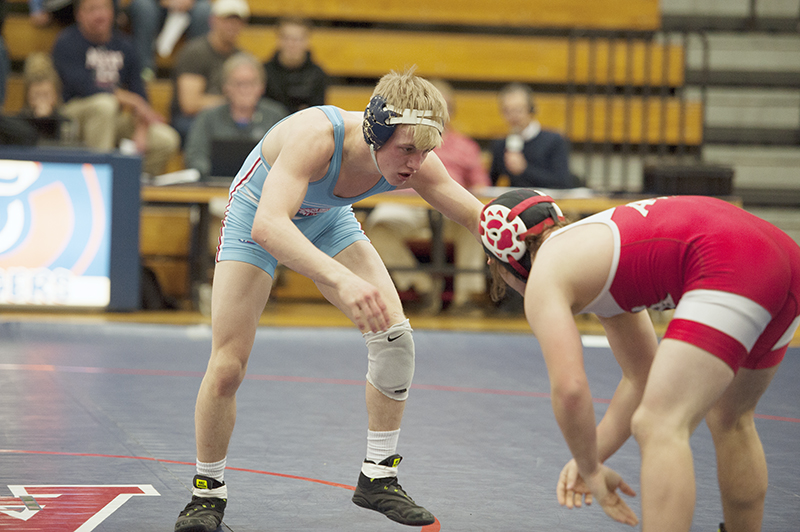 Albert Lea senior Gavin Ignaszewski looks for an opening Thursday night against Austin. He would grab a pinfall later in the match, giving the Tigers a 35-0 lead over the Packers. – Tyler Julson/Albert Lea Tribune