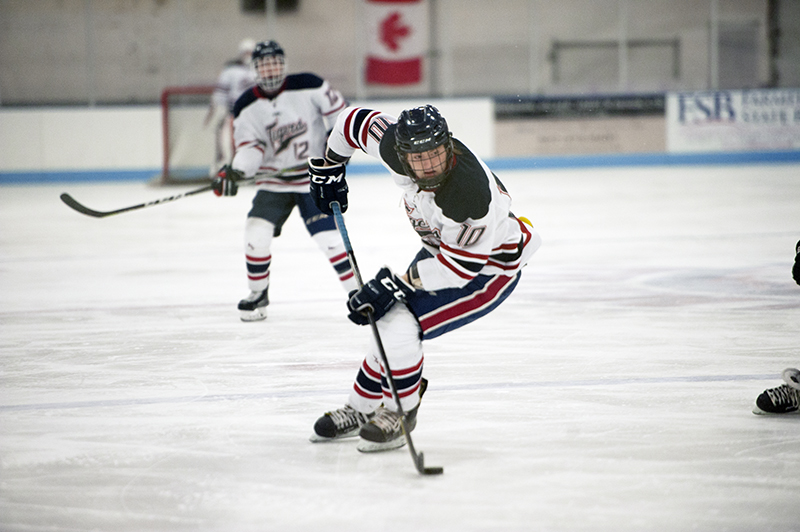 The Tigers and Wingers were unable to determine a winner the first time, as the game ended  in a tie.

After trailing late in the second period, the Tigers used three late goals to secure a 6-4 victory. The Tigers got out to a quick start with a goal from Jacob Prihoda , assisted by sophomores Hayden Johnston and Culley Larson. The Wingers would answer right back however, with a goal of their own less than 30 seconds later.

Albert Lea would score again  thanks to a goal from junior Cole Wentzel just over the four minute mark. Wentzel was assisted by Carson Goodell. Red Wing would tie the game almost immediately after the next puck drop.

With only a few second to spare, senior Bergan Lundak scored to take a lead into the break. He was assisted by Goodell and Johnston. The goal was a career milestone for Lundak, as is was his 100th career varsity point.

The Tigers would answer the call about one minute later with a goal from Goodell assisted by senior Michael Savelkoul. Savelkoul would score a goal of his own early in the third period to give the Tigers the lead for the fourth time in the game. His goal was assisted by Wentzel.

Savelkoul would add another goal, this time assisted by Lundak, and put the game away for the Tigers.

Albert Lea climbs to 13-5-2 on the season and will be back on the ice Thursday when they take on Mankato East at home.