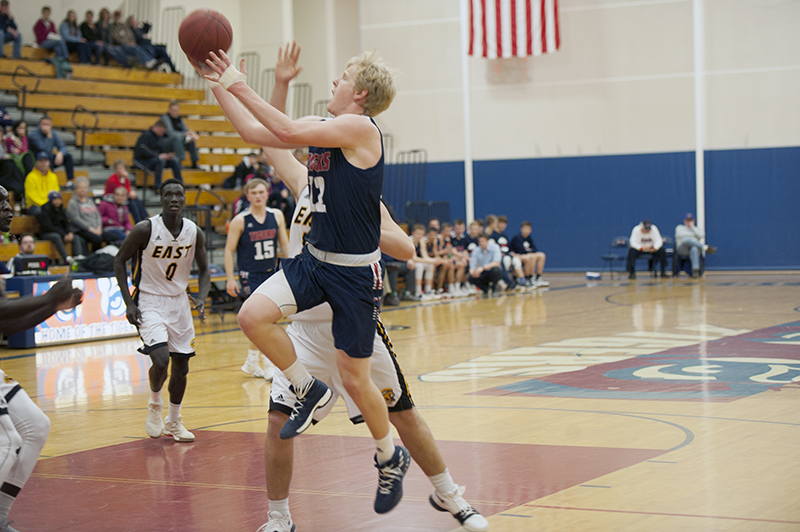 Coming off a tough two-point loss Friday, the Albert Lea boys’ basketball team played host to Mankato East Tuesday night. The Tigers struggled to move the ball early and were unable to overcome the size of the Cougars, as they fell 90-38.

The Tigers were able to get on the scoreboard first when senior Sean Wadding made a free throw after a Cougars technical violation before the game even started. Wadding would be the main source of the Tigers offense through the first 10 minutes of the game. 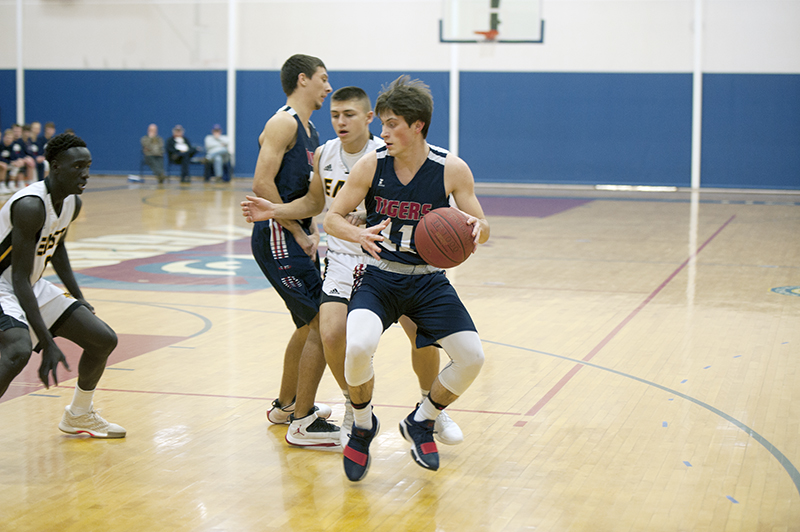 Albert Lea junior Spencer Doyle attempts to move the ball into the paint against Mankato East on Tuesday night. The Tigers were unable to find the win and have just four games remaining in the regular season. – Tyler Julson/Albert Lea Tribune

Wadding scored the first eight points for Albert Lea, with his free throw, a couple of shots in the paint and a made and-one opportunity.

Despite Wadding’s early efforts, the Tigers found themselves in a 30-10 hole after 10 minutes of play. Sophomore Connor Veldman was the second Tiger on the scoreboard with an open basket under the hoop.

A few other Tigers were able to put some points on the board in the first half, including sophomore Andrew Willner, who made a miraculous three-point shot as the buzzer sounded to send the game to the half, 50-20 in favor of the Cougars.

Wadding led the team at the half with eight points, while sophomore JJ Owens was second with four.

The second half was more of the same for the Tigers, as they struggled to find open shots down low against the height and length of the Cougars and on the perimeter, where they were unable to find the speed to get past the Cougars.

Albert Lea falls to 0-21 with just four games remaining in the regular season. Albert Lea will travel to Mankato on Thursday to take on the 12-10 West Scarlets, before hosting the 21-1 Austin Packers in the battle of Interstate 90. 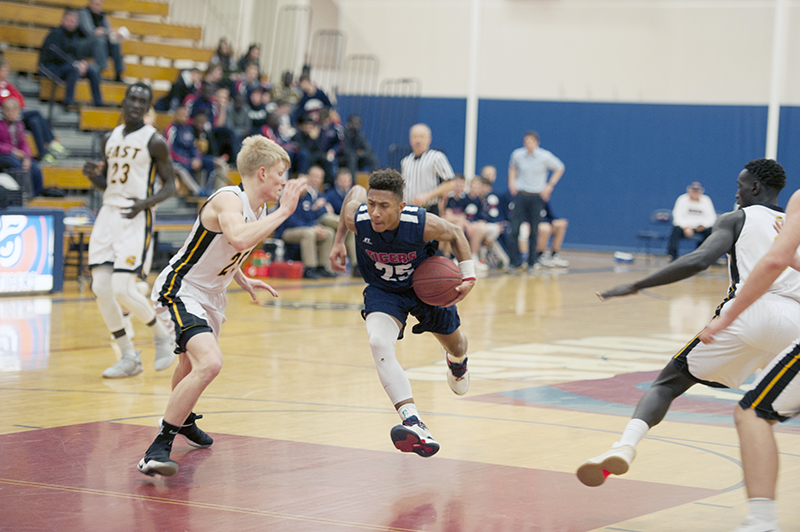 Albert Lea sophomore JJ Owens drives into the lane for one of his two acrobatic layups in the first half. The Tigers would drop the game 90-38 on Senior Night. – Tyler Julson/Albert Lea Tribune

Tigers edge Cougars on the road