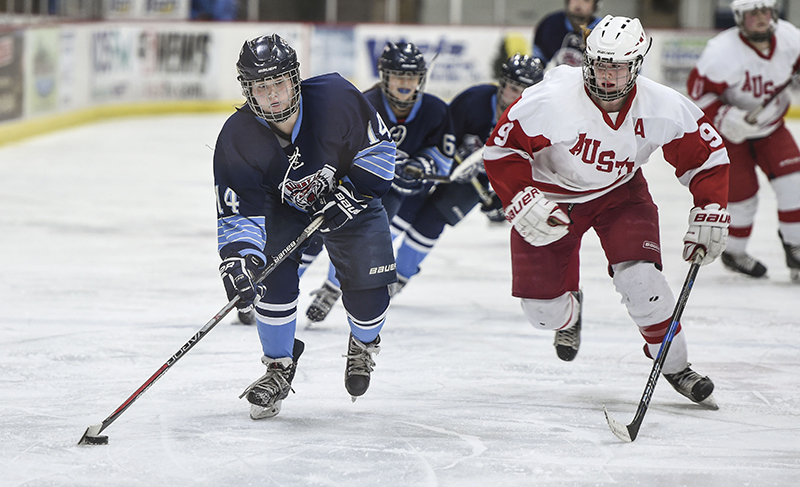 Albert Lea’s Katie Steven carries the puck toward the Austin goal in the second period of a Section 1A quarterfinal game Wednesday night in Riverside Arena in Austin. The Tigers lost to the Packers, 6-3, ending Albert Lea’s season. - Eric Johnson/Albert Lea Tribune

While the Tigers’ season may have come to an end, the team went through quite the transformation this year.

The Albert Lea girls’ hockey team fell to Austin, 6-3, Wednesday in the Section 1A quarterfinals at Riverside Arena in Austin.

Senior Maddy Carstens scored two goals and Mia Fjelsta one for the Tigers, with senior Hannah Johnson and Katie Steven each recording an assist. Junior Adison Malakowsky had 35 saves in 39 shots on goal while in the net for the Tigers. Austin’s last goal was scored on an empty net toward the end of the game. 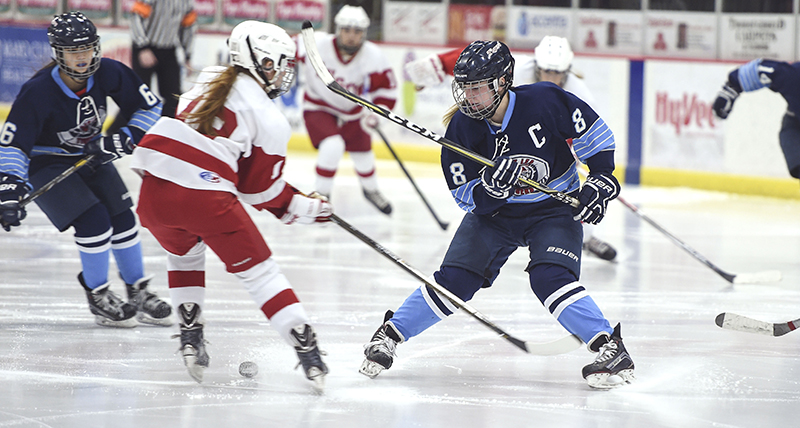 Albert Lea’s Maddy Carstens steps up for the challenge during the second period of a Section 1A quarterfinal matchup Wednesday night in Austin. – Eric Johnson/Albert Lea Tribune

The Tigers finish the 2017-18 season 6-18 overall, and Albert Lea coach Josh Funk said those six wins are double the amount of wins the team has had in each of its last three seasons.

In his inaugural season with the Tigers, Funk said he saw a lot of improvement in his players throughout the season.

“We started out a little rough, but we improved dramatically throughout the season,” he said. “We finished the season as a completely different team than when we started.” 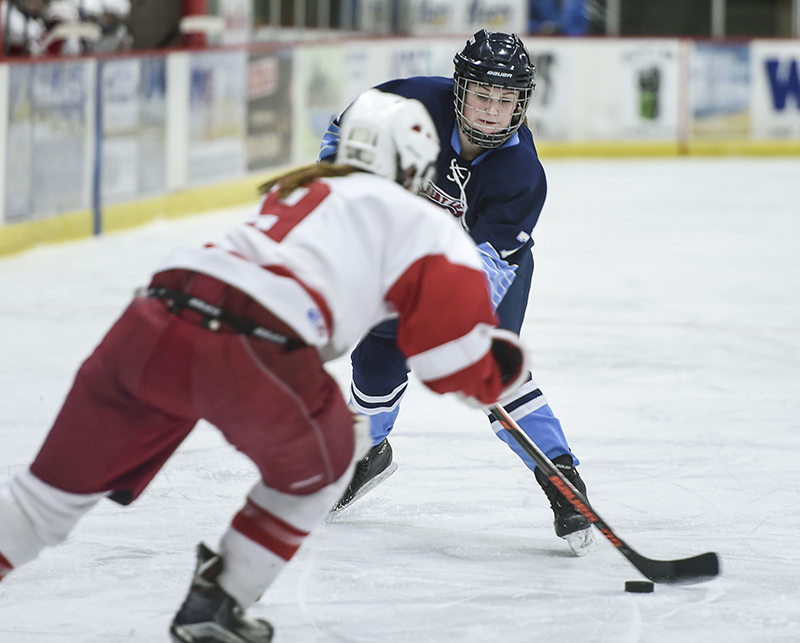 Albert Lea’s Jaiden Venem moves to kick the puck deep into the Austin zone during the second period of a Section 1A quarterfinal game Wednesday night at Riverside Arena in Austin. – Eric Johnson/Albert Lea Tribune

While Carstens, Johnson and Blake-Domke will no doubt be missed next season, Funk is optimistic at the prospect of only losing three players to graduation and being able to build on a team that was comprised of a number of freshmen and sophomores this year.

“We can build on everything we did this year and look to seriously compete next year,” he said.

The Tigers had what Funk called a “unique season” this year, with the team losing both of its goalies — freshman Maddie Schneider and sophomore Angelina Minear — to injuries in January. Luckily, Funk said Malakowsky stepped in as the team’s goalie and did “phenomenally,” and “did exactly what the team needed her to do.”

Funk said it was a great first season for him as a coach, and that the players dealt with the changes that come with a new leader very well.

“I couldn’t be more proud of this group for adapting to new things and accepting new changes,” he said. 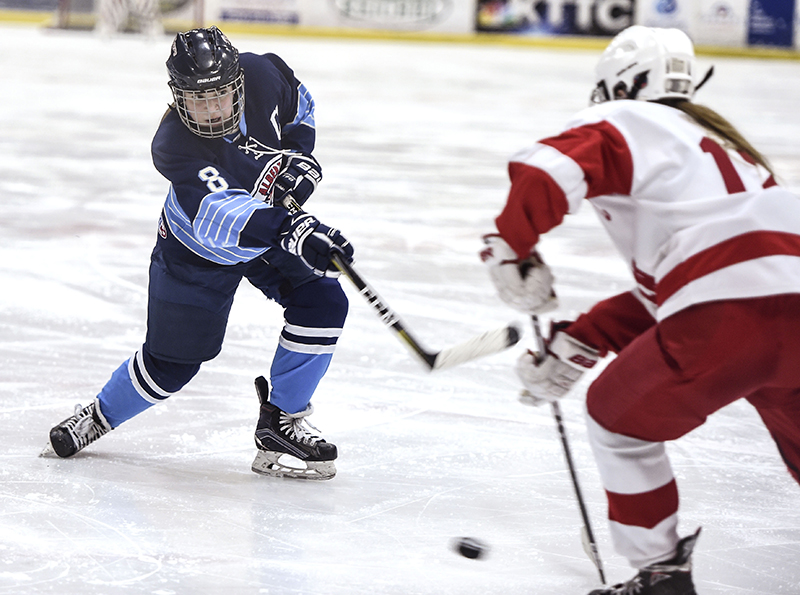