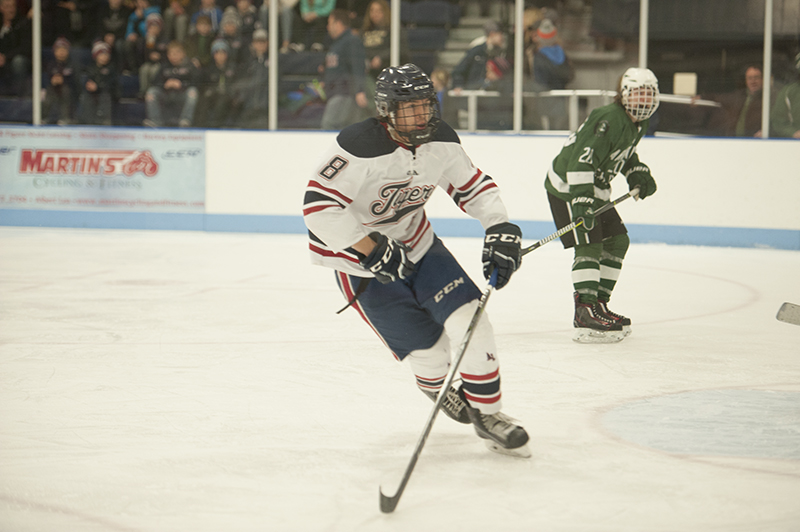 The Albert Lea boys’ hockey team hosted Faribault in the quarterfinal round of the Section 1A tournament Thursday night.

The Tigers used a two-goal second period to pull away from the Falcons, as they hung on to get the win, 4-0.

The majority of the first period was quiet for both teams. The Tigers found themselves in a bit of trouble early when they were on the wrong end of a 5-on-3 power play. They held strong, however, and got out of the jam while allowing minimal shots on goal. 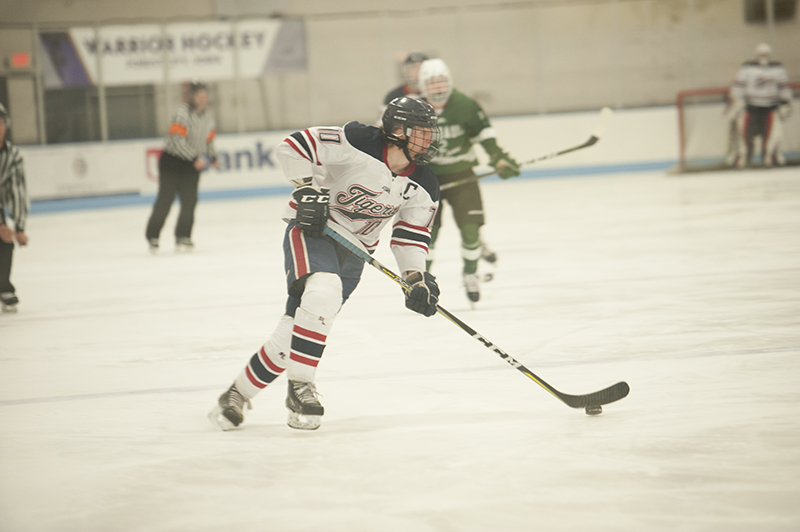 Albert Lea would strike first late in the first period with a goal from junior Carson Goodell. He was assisted by seniors Michael Savelkoul and Bergan Lundak.

Heading into the second period, the Tigers had the lead, but it wasn’t a lead they felt comfortable with. Goodell would widen the lead a bit more with his second goal of the night. The goal came with just over five minutes remaining in the second period and was assisted by Savelkoul.

The second goal of the period and third overall for the Tigers came just moments later. This time, it was Savelkoul with the goal and Goodell and Lundak on the assist. At the end of the period, the Tigers led 3-0 and were outshooting the Falcons 41-9.

Already with a comfortable lead, Albert Lea wasn’t quite satisfied yet. Lundak would tack on a goal of his own just three minutes into the final period of play. The goal, assisted by sophomore Danny Chalmers and senior Logan Stadheim, would all but secure the victory for the Tigers. 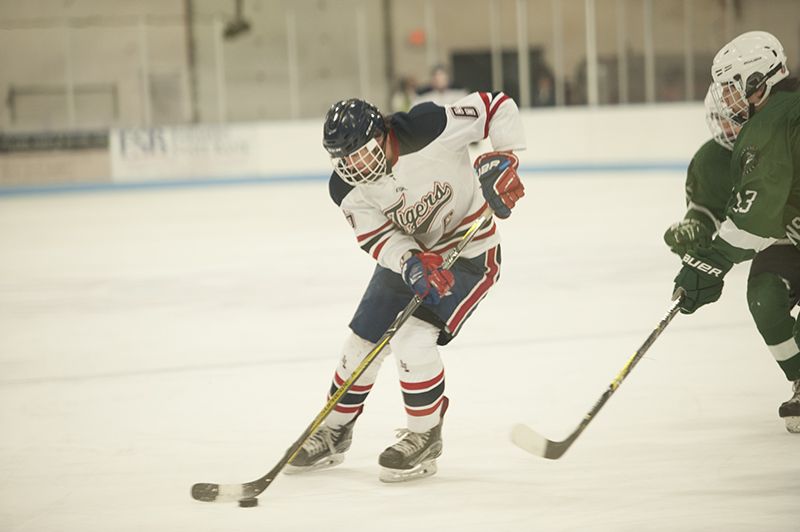