Tigers take over on the mat 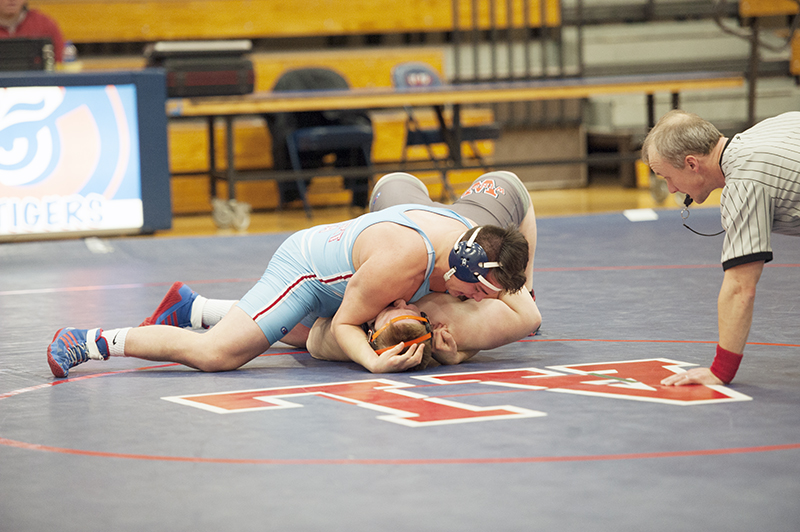 Albert Lea senior Jaime Valdez picks up a pinfall for the Tigers in the second period of his match. The Tigers won the dual over Winona, 51-16. - Tyler Julson/Albert Lea Tribune

A Tigers win was never in doubt, as they cruised to beat the Winhawks on senior/parents night, 51-16.

Seventh-grader Cole Glazier got the winning started with a 10-4 decision victory. Winona would pick up its first win of the night in the next match, when eighth-grader Cameron Davis lost in a major decision to the No. 1-ranked 106-pounder in the state.

Junior Nic Cantu won by forfeit, followed by a decision win by freshman Caleb Talamantes, 8-4. Senior and No. 5-ranked Jake Johnsrud would also notch a win by forfeit to put the Tigers up 18-4 just five matches into the dual. 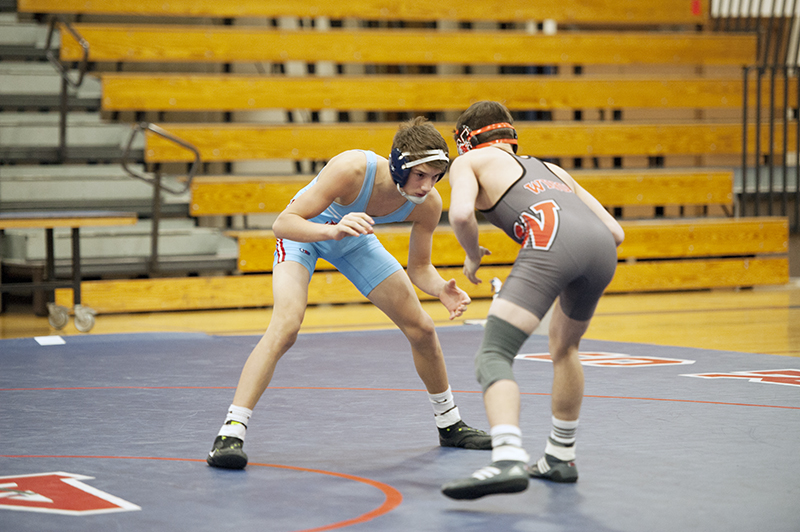 Senior Gavin Ignaszewski wrestled in the closest contest of the night. He would take a two-point lead into the third period, where he would hold off the No. 5-ranked 138-pounder, winning 4-2.

Seniors Logan Donovan and Garrett Grandstrand would each get a forfeit victory at 145 and 152, respectively. Sophomore Ethan Jerdee was pinned in the next match after lasting until the final minute of the third period.

Junior Zach Glazier grabbed the Tigers’ fifth forfeit victory of the night, followed by a double forfeit at 182.

Junior Christian Garcia would lose by pinfall in the final match of the night.

“Our seniors have been a big part of our successes this year,” said Albert Lea coach Paul Durbahn. “Their leadership is top notch and it’s grooming our underclassmen for their future. Some of our younger wrestlers showed qualities of mature athletes. Cole Glazier wrestled a great match and Caleb Talamantes wrestled great at 126 tonight, defeating a tough wrestler.”

The Tigers improve to 21-3 on the season and will wrestle again Saturday in the long-anticipated dual against Owatonna to determine the Big Nine Conference champions. 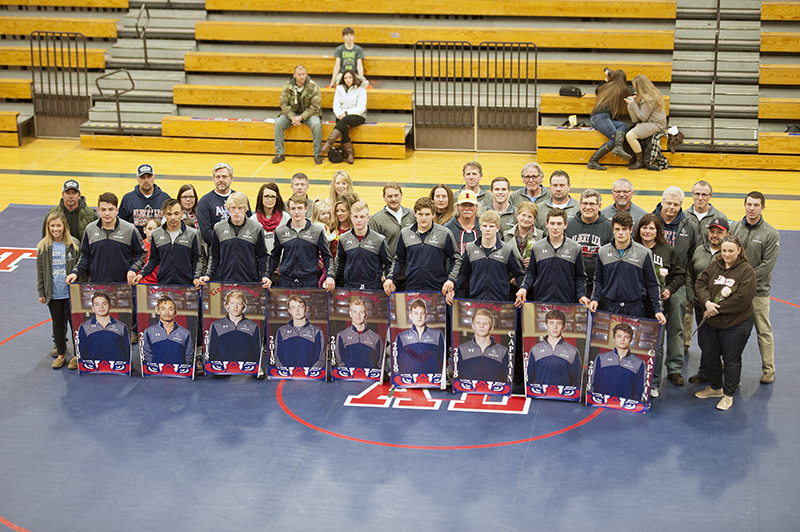 Albert Lea’s nine seniors stand with their parents and coaches to be honored before the start of Thursday night’s dual against Winona. – Tyler Julson/Albert Lea Tribune