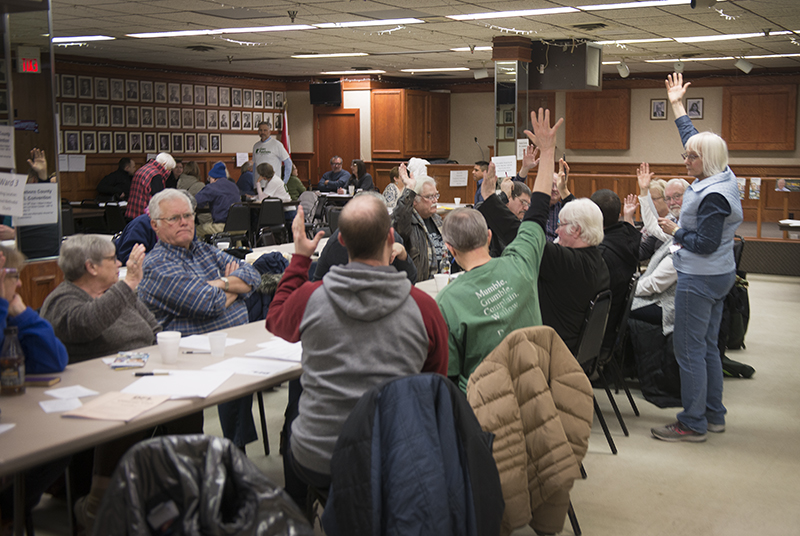 Congressman only one to get double-digit votes for governor

Walz was the only candidate in double figures, capturing 40 of 72 votes. Other candidate vote totals were:

One vote was a write-in for former Minnesota Attorney General Mike Hatch.

“We are very happy with the turnout,” said Freeborn County DFL member Angie Hanson. “People were engaged and proposed and voted on a lot of resolutions. It is not surprising that Walz did so well, because he already represents the people of our area.

“We are pleased to have such strong candidates.”

Straw polling took place at the beginning of the caucus. After brief messages from party members, participants split into precincts and passed resolutions that will be finalized at the DFL County Convention March 18 at Union Center.

Some DFL candidates gave brief addresses during the caucus.

Jensen spoke of her advocacy for local farmers and election as District 24 senator, a seat that has mainly remained in GOP control.

She discussed marching with striking Mayo employees in December outside the hospital.

Jensen said she supported lowering the minimum age to receive Medicare services to 55 and raising the cap on Social Security. She proposed making the last two years of college free for students and investing more in infrastructure, along with helping keep farmers in the profession.

Candidate for 27A Rep. Thomas Martinez said if elected, he wants to “hold Mayo’s feet to the fire,” as it transitions most inpatient services from Albert Lea to Austin.

Freeborn County DFL member Joe Brown said he supports Feehan and compared him to Walz, based on their shared military and education backgrounds.

To combat comments made about Feehan’s relative lack of experience in Minnesota, Brown said neither former Sen. Paul Wellstone or Walz lived their entire lives in Minnesota, adding he wants to make sure the congressional seat stays in DFL hands.

His wife, former District 27A Rep. Robin Brown, said she supports Walz, who was a fellow teacher at Mankato West High School. 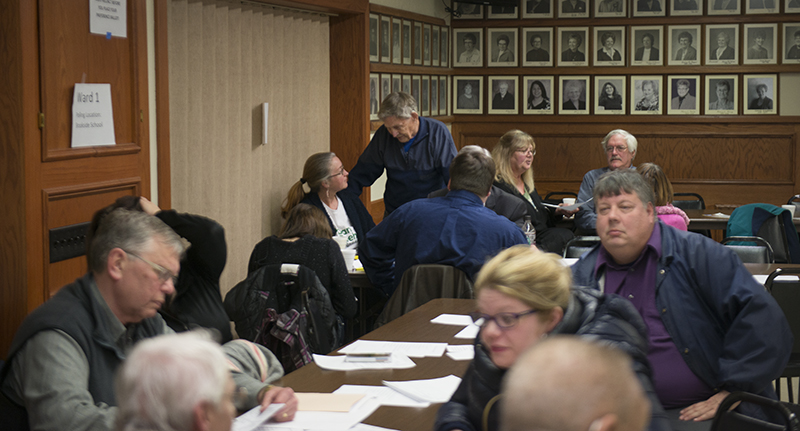 Freeborn County DFL party members broke off into groups based on voting precinct to discuss candidates during the Tuesday caucus at the Eagles Club. – Colleen Harrison/Albert Lea Tribune

Iris Giles said she voted for Chris Coleman for governor. She said he seemed like a winning candidate when she talked to him at a previous caucus.

Giles said though she doesn’t dislike the other gubernatorial candidates, she enjoys Coleman’s style and delivery.

Giles said her top priority is the environment and took issue with the federal government reducing the size of national parks.

Albert Lea resident Aaron Winter said he supports Feehan and Walz in their runs for office, citing their experience as factors in his support.

“He’s the only one whose reached out to me,” Winter said of Feehan, citing his history in the U.S. military and experience in the Obama administration as other reasons for his support.

Winter said Walz “served our district well over the years.”

Winter described himself as a centrist and supports raising the minimum wage to $15 an hour because of the difficulty workers who earn minimum wage have in supporting themselves and their families.

“At this point, it would probably be Tim Walz,” he said.

Anderson said Feehan seems to have the edge in the DFL primary, adding it seems like he has made a lot of local contacts during the process.

During the caucus, Marcy Tatro discussed the need for harsher penalties for sex traffickers.

“It was nice to see the community turnout and to see more people running and advocating for their community needs,” she said after the meeting.

During the event, candidate for 1st District Congressman Colin Minehart, DFL-Albert Lea, withdrew his candidacy for the seat, announcing he plans to challenge District 27A Rep. Peggy Bennett, R-Albert Lea, for the position, saying he can bring energy and enthusiasm to the position.

Minehart ran multiple times for a seat in the state House in the early 1980s.