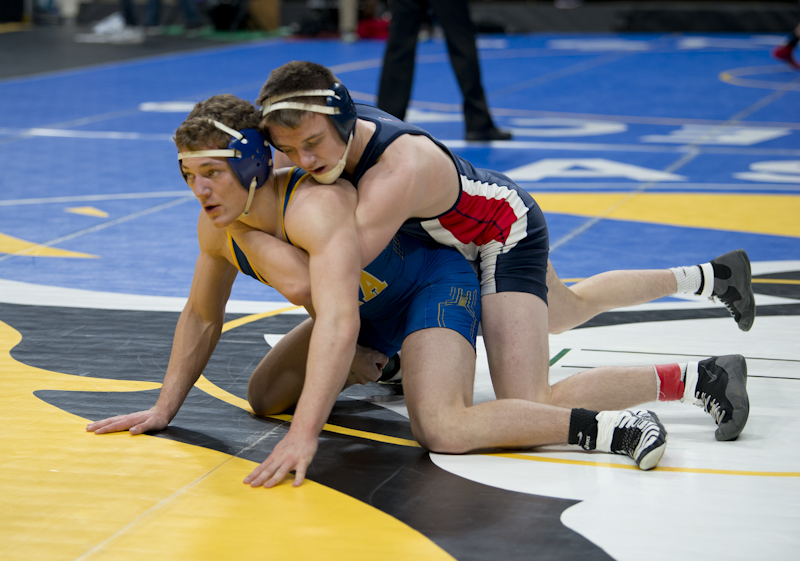 ST. PAUL — Five members of the Albert Lea wrestling team started Friday morning with a chance to call themselves a Minnesota state champion — each of them wrestling in at least two matches to determine their positions before moving into day two.

Eighth-grader Cam Davis, junior Zach Glazier and seniors Jake Johnsrud, Gavin Ignaszewski and Brody Nielsen began the first round of the Minnesota state tournament, and at the end of the day, three remained in the hunt for a state title.

Davis was the first up for the Tigers at 113 pounds. He faced off against Regan Schrempp of Apple Valley in the first round, but lost his match by pinfall in the second period. After Schrempp won his match in the quarterfinals, Davis was granted a shot at a wrestleback to work his way up the consolation side of the bracket.

He would meet Cole West of Woodbury, but would be unable to come out victorious, losing by a 7-4 decision. The loss brought his tournament run to an end.

Johnsrud made quick work of his first-round opponent, Jeffrey Robinson of Stillwater Area, winning by pinfall in the first period. His quarterfinal match was much closer, ending in a one-point decision. However, he was still able to come away with a win over Tanner Kunshier of St. Francis. He will wrestle in the semifinals Saturday morning, and his opponent will be Patrick McKee (45-0) of St. Michael-Albertville.

Ignaszewski wrestled to a 10-2 major decision over Jon Solum of Bemidji, moving himself into the championship quarterfinals. He wouldn’t be as fortunate in his second match, losing in a 7-2 decision to Sebas Swiggum from Apple Valley.

Ignaszewski went into the consolation bracket where he met Kieran Porter of Minneapolis Southwest. He would redeem his earlier loss by putting on a wrestling clinic, winning by a 12-2 major decision.

Ignaszewski moves onto the Saturday consolation quarterfinals, where he will face Ty Gage (27-17) of Eagan.

Nielsen won his first match of the day by pinfall in the first period, dominating Brendan Dunagan of Mounds View. After a lot of delay in his quarterfinal due to bloodtime, Nielsen held on to grab a 4-0 decision victory over Carl Leuer of St. Michael-Albertville.

He advances to the semifinals Saturday against Tyler Eischens (45-0) of Anoka.

Glazier was the final Tiger to wrestle in the first round and cruised to a 19-3 technical fall over Nick Flaskamp of Minneapolis Southwest.

Continuing with his technical fall streak, Glazier beat Wyatt Lidberg of St. Michael-Albertville 15-0 in the third period. He moves onto the semifinals Saturday, where he will meet Kenny ONeil (28-3) from Prior Lake. Glazier has beaten ONeil twice already this season in close matches.

Johnsrud, Nielsen and Glazier will wrestle again Saturday in the semifinals, slated to begin at 10:15 a.m. Ignaszewski will be back in action in the consolation quarterfinals, scheduled to start at 9 a.m.

Follow @altribunesports on Twitter for live coverage and check back to the Tribune for results as they become available. 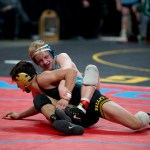 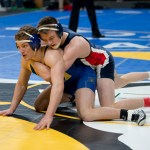 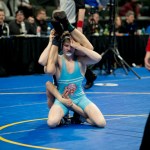 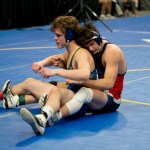 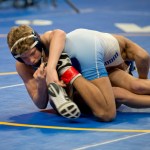