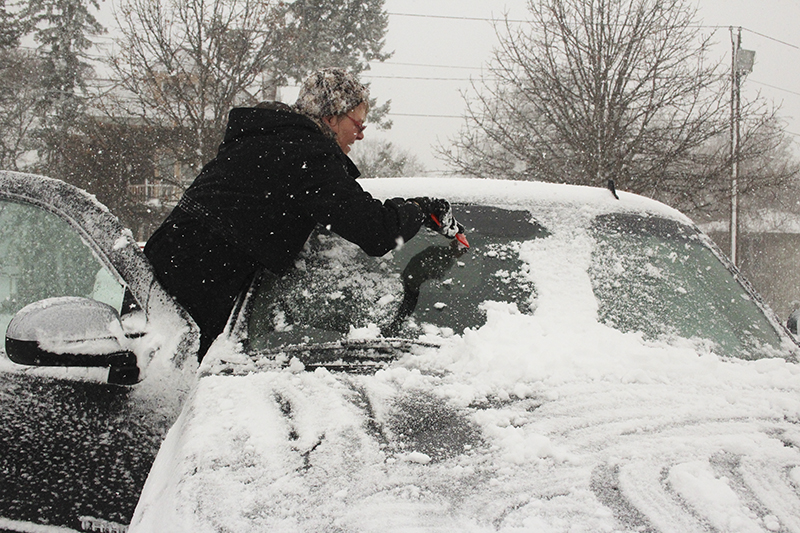 Bonnie Bakken steps up into her truck to get a better angle while she finishes scraping her truck off Monday afternoon. Sarah Kocher/Albert Lea Tribune

The Albert Lea area is now under a winter storm warning as heavy snow continues to fall.

Mixed precipitation changed over to all snow this afternoon, leading to poor visibility and slippery road conditions.

According to the National Weather Service, snow accumulation of 4 to 6 inches is possible. Ice accumulations of a light glaze is expected. 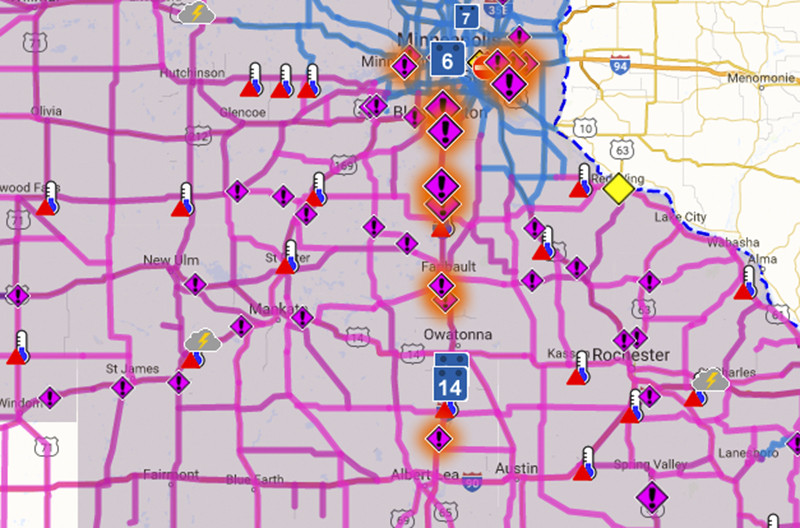 All of the roads in Albert Lea and the surrounding areas were listed as completely covered as of 5 p.m. on the Minnesota Department of Transportation website. Provided

The heaviest snow was expected to fall Monday afternoon and evening with the highest snowfall totals — near 10 inches — expected in central Minnesota, according to the National Weather Service.

A bulletin Monday afternoon by the Weather Service forecast 4 to 6 inches of snow in Albert Lea with additional sleet accumulation.

People should plan on slippery road conditions, and some reductions to visibility are likely. 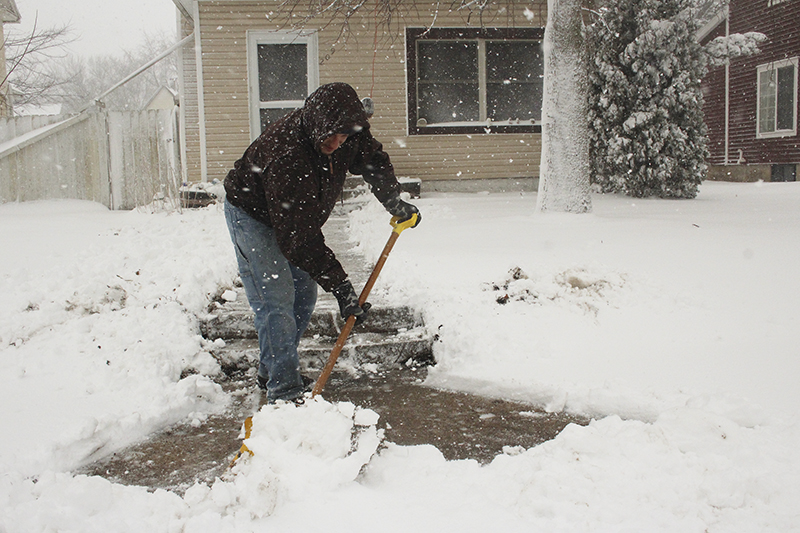 Winds gusting as high as 45 mph will cause patchy blowing and drifting snow, and isolated thunder with heavy snow and sleet is possible this afternoon and evening.

The winter storm warning remains in effect until 6 a.m. Tuesday.

As of 5 p.m., roads were listed as completely covered in Albert Lea and the surrounding area, according to the Minnesota Department of Transportation website.