Al Batt: Dinner for one at a time as chickadees follow feeder pecking order 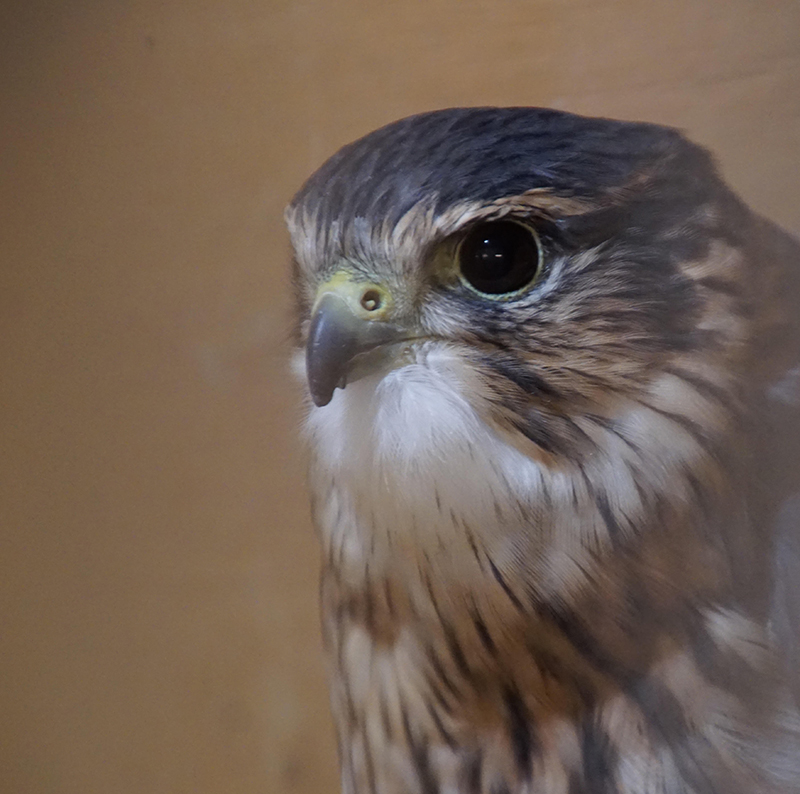 “Everything is nearly copacetic. The robin must dance thrice on new snow before spring doth show. I didn’t have to set my clocks ahead because I’d never set them back. Daylight saving time gives me jet lag. I’m wearing pants that are much too big for me so everyone will think I’ve lost weight. I just got back from taking my dog to the vet. It’s just my luck to get a boxer with a glass jaw. I’m still running an indoor trapline. I had a lot of uninvited mice in the house this year. It was either that or become a weasel whisperer and get myself an ermine. Speaking of weasels, my neighbor Weasel thinks time is money. I don’t buy that. His brother opened his electric bill and his water bill at the same time. He got quite a shock. Weasel has an idea for an Elvis Presley steak house. It will be for people who love meat tender.”

The weather was abnormal. That’s normal, but we gain over 90 minutes of daylight in March.

A Cooper’s hawk waited in ambush in tangled vegetation not far from my feeders. To the hawk, the birdfeeder provides birds for eating. It was a female hawk, as female raptors are generally larger than the males. Cooper’s hawks and sharp-shinned hawks look similar. A sharpie male is the size of a blue jay and a Cooper’s female the size of a crow. A sharpie’s tail tip is generally squared and a Coop’s rounded, but this identification hint isn’t infallible. I didn’t find the hawk on my own. The blue jays located it and had a collective cow, drawing my attention in the process.

In the darkness, I heard a fox bark, sounding like a decaffeinated Chihuahua. In the light of the day, I heard a starling doing the call of a hawk.

Each day brings some oddities, beginning with a glance in my mirror. The weather is odd by nature. According to the U.S. Climate Data, in 2010 we had no snowfall in my yard during the month of March. That was an odd thing. So was the goose that laid the golden egg and a cardinal, which was yellow instead of red, likely due to a genetic mutation, seen in Alabama.

Pierre Salinger said, “The things that stand out are often the oddities.”

Marge Bute of Alden asked why chickadees don’t feed in a group? I have seen young ones feeding together at a feeder and chickadees do form feeding flocks in winter, but a chickadee likes it space. Chickadees have a pecking order, a strict hierarchy that determines who eats first. As a dominant bird feeds, those lower on the organizational chart perch with empty bills. Chickadees are low on the pecking order of all feeder birds, so they fly into a feeder, grab a seed and depart. They stay out of the way of others. Dawdling at a feeder increases the chance of predation. A chickadee caches food, hiding seeds in its territory. They are social birds, but seldom perch within several feet of one another while eating or grabbing grub. Maybe they don’t like eating in front of others.

“What are the wooden boxes on the highway signs on I-35 in Iowa for?” In 1983, the Iowa DNR began placing American kestrel nest boxes on road signs along I-35. Hundreds of boxes run from the Minnesota to Missouri lines, but the DNR has discontinued the program.

Sharon Brush of New Ulm asked why there are no birds at her feeder. When I started feeding the birds, I kept the feeder indoors. Big mistake. Make sure the feeder is clean. If seed dries out or becomes moldy, birds turn up their beaks to it. If its nutritional value has lessened, they find it less desirable. This is especially true if they’re able to find food elsewhere. If natural foods are plentiful, birds can become scarce at feeders. Your feeder is but a part of the bird buffet. Your neighbor’s feeder could be stealing them. Feeding sunflower seeds is usually a good way to attract avian customers. There could be a predator in the area. A cat or hawk can cause birds to disappear. You could move the feeder if nothing else works. Birds move. They have wings. They’ll be back.

“How big a litter does a coyote have?” Typically, five to seven pups are born in April. When they’re eight to 12 weeks old, their mother teaches them to hunt. From autumn until mid-winter, the pups leave the den and search for their own territories.

“Spring is when you feel like whistling even with a shoe full of slush.” — Doug Larson