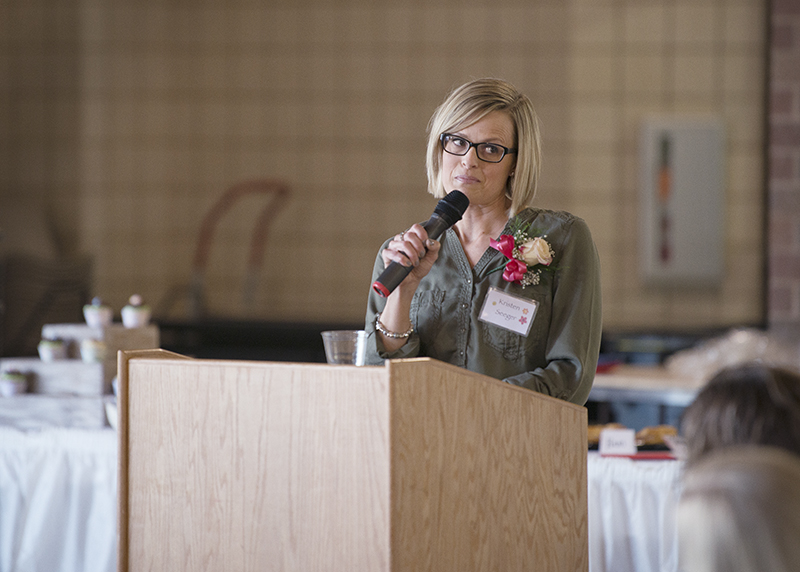 ‘Everything she does is for the kids’

After her fourth time as a finalist for the award, Sibley and Lakeview Elementary School media specialist Kristen Seeger was named the Albert Lea district Teacher of the Year on Wednesday afternoon.

“I’m so incredibly lucky to do what I do every single day,” Seeger said when she accepted the award. “I love my job … There’s nothing better.”

Seeger was one of seven finalists for the award out of a list of 67 nominations.

“We all know the real winners are all of the students who have had and still have some of the great teachers that we have here working in Albert Lea,” said Margo Wayne, the 2016 district Teacher of the Year.

At the ceremony, school board chairman Ken Petersen asked attending teachers and guests to visualize a pool of water, and a drop of water creating a ripple in that pool. 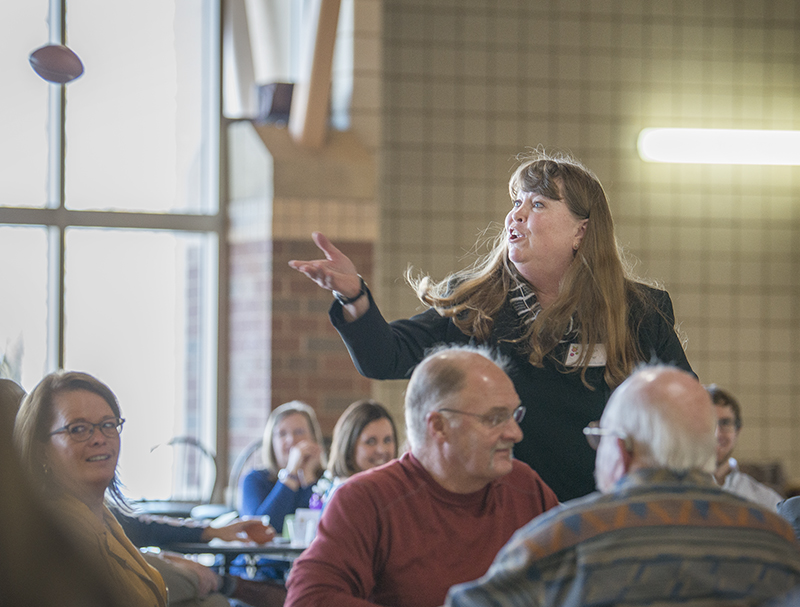 Albert Lea Area Schools Superintendent Mike Funk spoke of the importance of the “three-legged stool” of education, made up of teachers, students and parents. Teachers, Funk said, are the ones who bring it all together.

“Congratulations to all of our finalists, and thanks to all of you for making a difference in the lives of our students,” Funk said.

Seeger is a member of the Minnesota Coding in the Classroom Leadership Advisory Council, a Building Technology Integration coach at Sibley and a Gobble Wobble planning committee member. In 2017, she was named the Rochester Area Math Science Partnership Outstanding Educator. 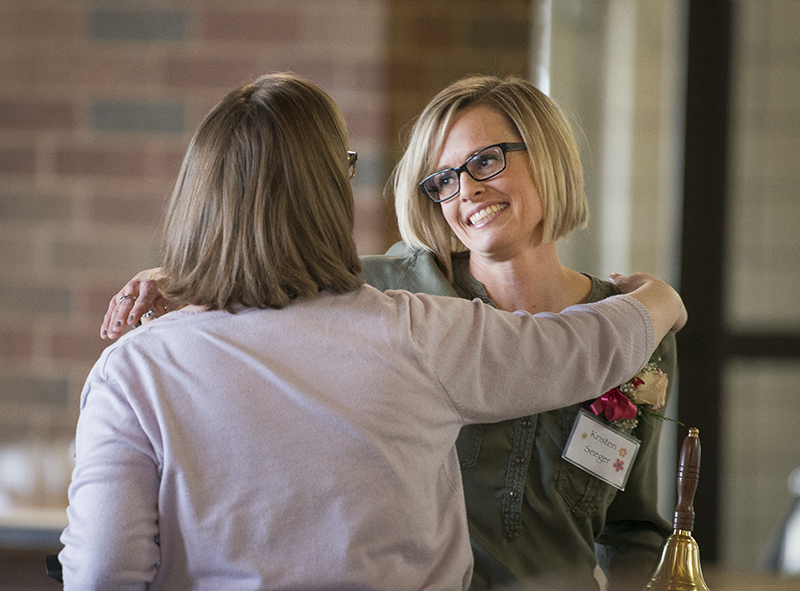 Kristen Seeger is congratulated by a friend after winning 2018 Teacher of the Year for Albert Lea. – Colleen Harrison/Albert Lea Tribune

Seeger was joined at the reception by her husband, Dirk Seeger, her children and other family members. Dirk Seeger said he was happy for his wife, proud of her and not surprised to see her recognized.

“It’s who she is,” Dirk Seeger said. “Everything she does is for the kids.”

But according to Kristen Seeger, she is just one of many teachers who works hard for their students.

“I just feel like everyone should be recognized as Teacher of the Year,” she said. “Everybody pours their heart and soul into their job every day and we all need to be recognized for the things that we do with our kids,” she said.

Seeger thanked her parents, grandparents, husband, children, friends, colleagues, mentors and former teachers. She was presented with a bell from the Albert Lea-Freeborn County Chamber of Commerce and $500 from Vern Eide Chevrolet. 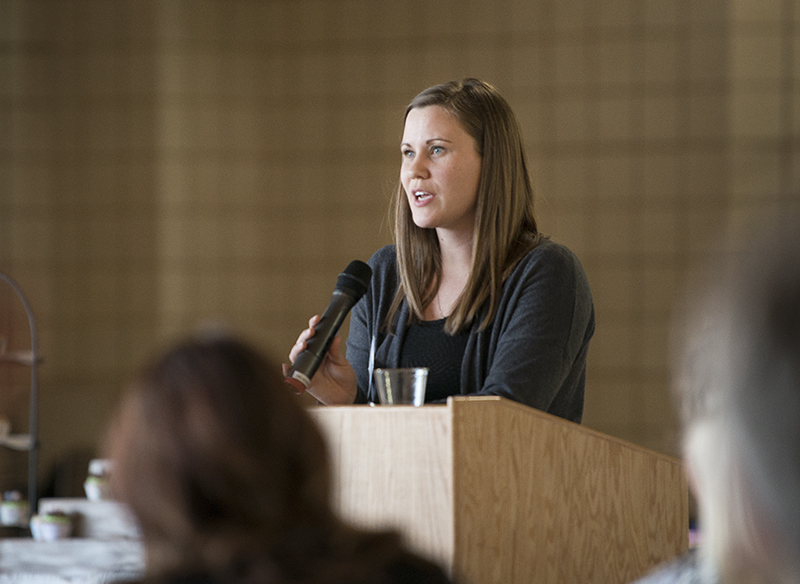