An end to basketball season 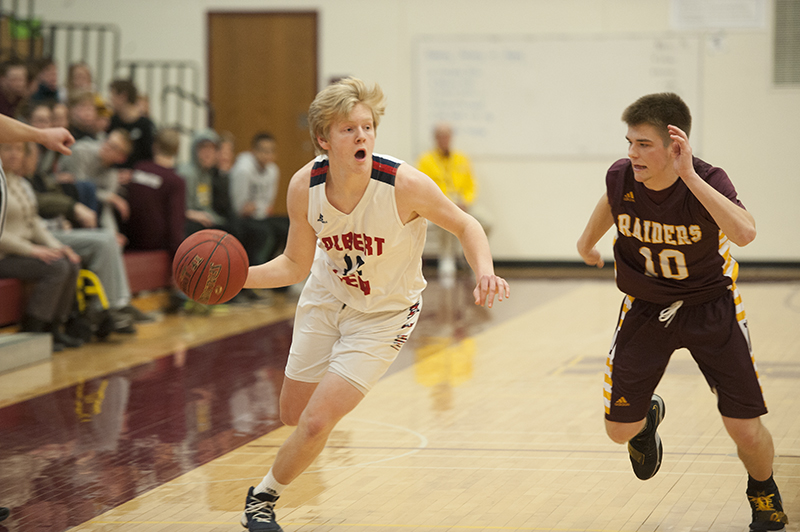 NORTHFIELD — The Albert Lea boys’ basketball season came to an end Wednesday night as the team was unable to match the size and offensive firepower of Northfield.

Despite a flurry of threes to start the game, the Tigers were overpowered by the Raiders throughout the first half, creating a gap too big for them to overcome. The Tigers ultimately lost the Section 1AAA first-round game, 94-38.

A trio of three-pointers from juniors Parker Andersen, Dylan Scherff and Drake Dawson would keep the Tigers in the game for a short time, but weren’t enough to tide the Raiders offense, as they went on a 35-11 run in the first 10 minutes of play.

Albert Lea was plagued by turnovers through much of the first half, having trouble breaking the full-court press put on by Northfield. On the occasions Albert Lea was able to break the press, the team had a tough time working the ball into a position to get an easy look at the basket.

Dawson led the Tigers in scoring in the first half with six points; Andersen had five and senior Garret Piechowski had four.

The Tigers went into the halftime break trailing the Raiders, 66-21.

“I thought we came out and made some shots early that kept us in the game,” said head coach Lucas Novosad. “They extended their pressure and they made a big run with eight minutes to go that we weren’t able to recover from.” 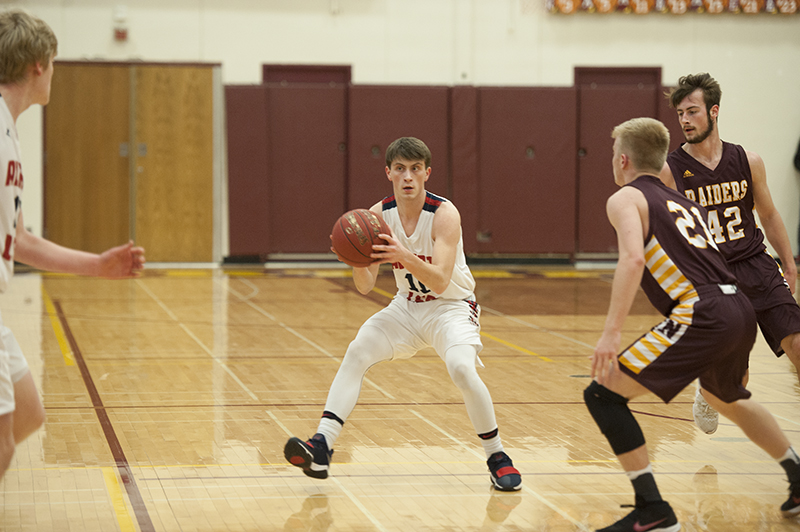 Albert Lea junior Spencer Doyle looks to make a pass early in the game against Northfield. The Tigers would go on to lose the Section 1AAA game, 94-38. – Tyler Julson/Albert Lea Tribune

Sophomore JJ Owens would get the second half started with a bang, scoring eight of the Tigers’ first 10 points in the half. He drove the lane on multiple occasions, drawing an and-one opportunity twice.

His second-half heroics would put a small dent in the Raiders lead, but it was too much to make any real comeback attempt.

The Tigers held the Raiders to just 28 points in the second half, compared to their 66 in the first. The Tigers added 17 points to their total in the half, eight of which came from Owens.

In the end, Albert Lea was simply overmatched by Northfield. Only two of the players on Northfield’s roster came in under 6 feet tall. That type of height can make a team intimidating on the court, but to the Tigers’ credit, they never showed a give-up attitude and played with passion to the last buzzer.

Owens led the team with eight points; Dawson had six, while Scherff, Andersen and Piechowski finished with five each.

“They are a great team with size and length,” Novosad said. “That came into play huge tonight and I tip my cap to their execution. I am proud of our seniors and how they represented our program over my two-year span here in Albert Lea and wish them all the best in their future.”

The Tigers end the season with a record of 0-25, but there is reason for optimism in the future of the program.

The team will lose four seniors from this year’s squad, who will be sorely missed. Sean Wadding, Piechowski, Brendan Fredrickson and Lennon Shimon will all move on after graduation in the spring.

However, a majority of the remaining Tigers are underclassmen and saw a significant amount of floor time this season. With good work ethic and determination to get better, the Tigers might be able to surprise teams next season.

Albert Lea will return five juniors and five sophomores from this year’s team and could have the potential to turn the program around. 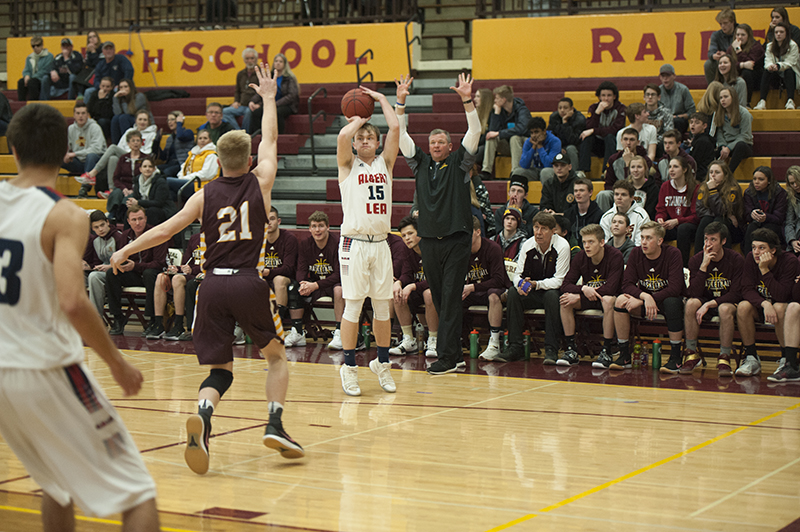 Albert Lea junior Parker Andersen pulls up for the first points of the game for the Tigers. Andersen would score five points in the first half, as the Tigers fell, 94-38. – Tyler Julson/Albert Lea Tribune