‘Can’t imagine trying to move it anywhere else’ 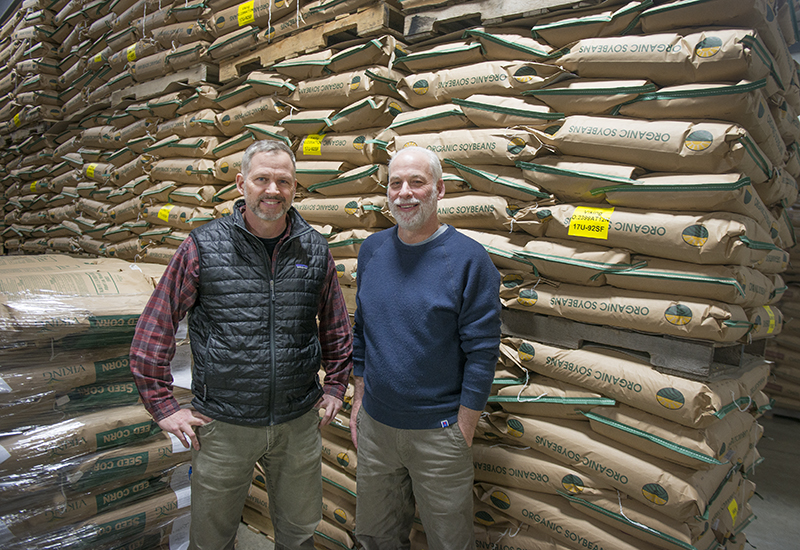 Brothers Mac, left, and Tom Ehrhardt own and operate Albert Lea Seed House, which has been in the Ehrhardt family sincethe 1920s. Colleen Harrison/Albert Lea Tribune

The business was opened in 1923 by Louis “Lou” Ehrhardt, after he had gotten into the nursery business through Wedge Nursery, which was run by his wife’s family. He opened Albert Lea Seed House on Broadway in the former Gulbrandson building, in the area where Wells Fargo is today. Lou Ehrhardt focused in on the seed side of the business, growing and managing it until 1950, when his son, George, joined him and then managed the business through the ’90s. In 2001, George Ehrhardt’s sons Mac and Tom became majority owners of Albert Lea Seed House.

Tom Ehrhardt, vice president of operations for Albert Lea Seed House, said what has dramatically changed the business over the years is farmers starting to use hybrid corn and hybrid soybean seeds, as well as other hybrid products. He said those turned into cash crops, and completely revolutionized the industry.

Unlike 20 years ago, Ehrhardt said 50 percent of Albert Lea Seed House’s offerings are now certified organic. While the company had a GMO brand of seeds in the past, it sold off that brand a couple of years ago. The storefront still sells genetically modified seeds, but does not produce any under its seed brand, Viking Seed. Instead, it focuses more on organic and non-GMO products.

While Albert Lea Seed House has always been a family business, Ehrhardt said it was not always a given that he or his brother would become involved as adults. He said they both went off to college and did other things for a while, but eventually came back to settle down in Albert Lea and get involved with the family business.

Ehrhardt said the business is part of a very steady industry, but one that has gone through a lot of change. Seed breeding used to be done almost entirely through universities, which came up with different hybrids and varieties. Now, the majority of seed development is no longer done publicly, but privately, through companies such as Monsanto. Ehrhardt said there is still some development done through universities, but those seeds tend to be speciality food products, such as a certain type of barley for a microbrewery, for example. Albert Lea Seed House has maintained strong relationships with universities and other organizations looking to maintain quality, non-GMO and organic products, Ehrhardt said.

While Mac and Tom Ehrhardt didn’t necessarily expect to be running the family business, Tom Ehrhardt said it has brought with it a lot of opportunity. They’ve liked staying in Albert Lea, as he said it has been a good place to raise their children. 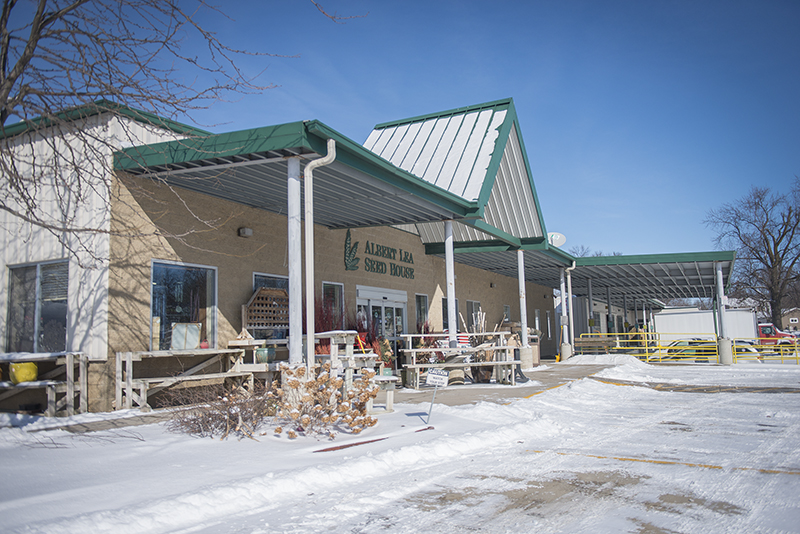 “It’s a good business, you have to work it,” Ehrhardt said.

“Geographically, we’re in a pretty sweet spot. … I can’t imagine trying to move it anywhere else.”

Fifteen years ago, the business moved its storefront and offices to its current location at 1414 W. Main St., next to its seed plant that had been near that location since the 1970s. The business also has three other warehouses around Albert Lea. Today, Albert Lea Seed House employs 35 full-time positions.

Ehrhardt said being near the intersection of interstates 35 and 90 has been beneficial for transportation, as Albert Lea Seed House sells products all over the United States. The business’s diversity and depth of the products it offers also plays to its strengths, Ehrhardt said, and being based in the Midwest is a good place to be in connection with the universities and farms it works with. He said Albert Lea Seed House has established and maintained relationships with reputable farms throughout the Midwest and has developed connections with crop production outfits locally and regionally.

Ehrhardt said the way Albert Lea Seed House differs from others in the industry is that it has a physical storefront people can walk into to purchase seeds and other products. He said it’s good for the company to have a physical presence, and it has helped the business form an established brand in the community.

Albert Lea Seed House has been involved with local community efforts and organizations, such as the Albert Lea Family Y and Riverland Community College, and has been involved with other causes, Ehrhardt said. He said the business has been approached to put up money for studies done by the universities it has worked with in Minnesota, Iowa and Wisconsin, as well.

“You can’t run a small business in Albert Lea and not donate to a lot of causes,” Ehrhardt said.

1950 – Year Lou Ehrhardt’s son, George, joined him in the business