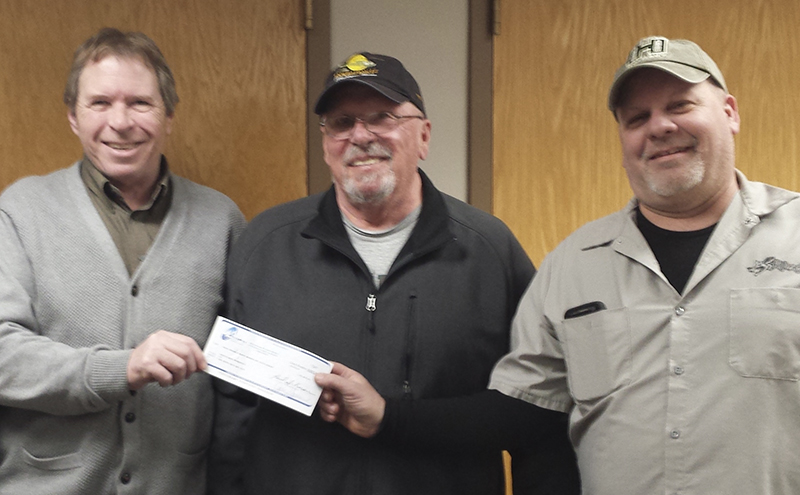 Wayne Madison of Mower County Veteran Services accepts a donation from Stan Iverson and John DeVries of the River Rats Car Club. Iverson is a member of the group while DeVries serves as the organization’s president. The $4,800 donation will be used to purchase 16 pavers for past and present veterans and will be placed at the Veterans Memorial in Austin. The money was raised with proceeds from the group’s 2017 car show. Provided 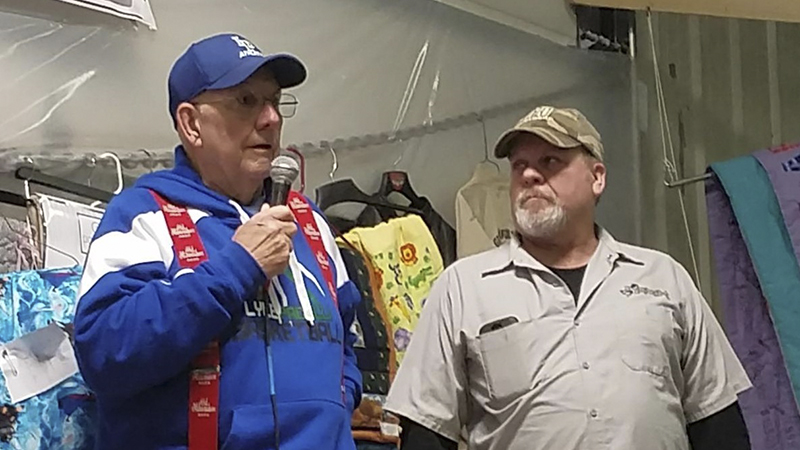