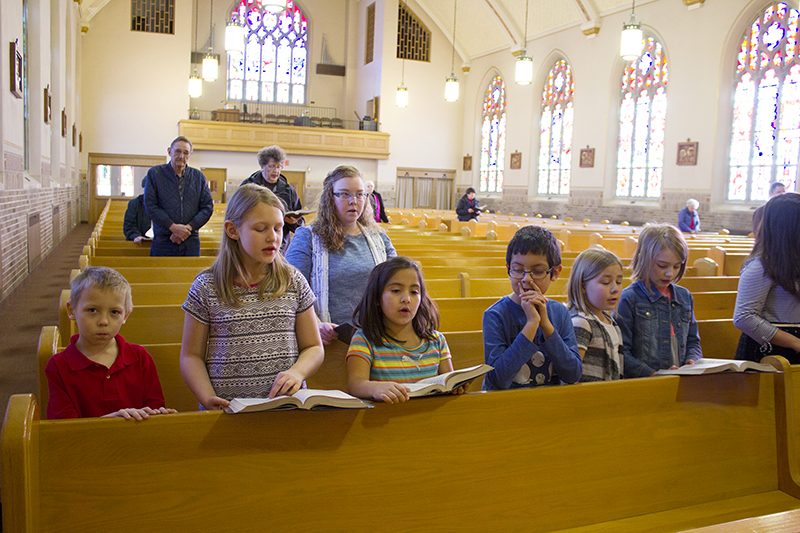 WELLS — Despite a decrease in the number of students who attend the school and other changes, St. Casimir Catholic School is still open, more than 100 years ago after it was founded.

“That also helps guide them to be a very well-rounded individual as they move on in life,” she said. “Right now, of course, we’re at the primary grades of elementary school, but as they leave us and move on into middle school and continue to grow and develop into ultimately adults, we find that having a good, strong foundation and base not only in the full education, but also with the Christian background, that that helps provide them with good consciences.

“It makes them to be good members of the community and society. They give back and they’re able to have that good base to fall back on.”

The pre-K to sixth-grade school teaches core subjects along with religion, music and physical education classes.

Classes vary from one to two students in small classes, to seven students in larger classes. The Rev. Jason Kern is the priest at St. Casimir.

“He’s brought a really nice, descriptive way of how we are a vital part of the community,” Oldham said.

A retired priest and Wells native, the Rev. Eugene Stenzel was a pastor at St. Casimir Catholic Church for 22 years and served as a fill-in priest for a daily mass in January.

Stenzel attended the school from the late 1940s to early 1950s and remembered each grade having 30 to 35 students. When he attended school there, Franciscan sisters taught students, while today the entire staff consists of lay people.

Despite the reduction in student numbers, Stenzel said the school is still important in the community. 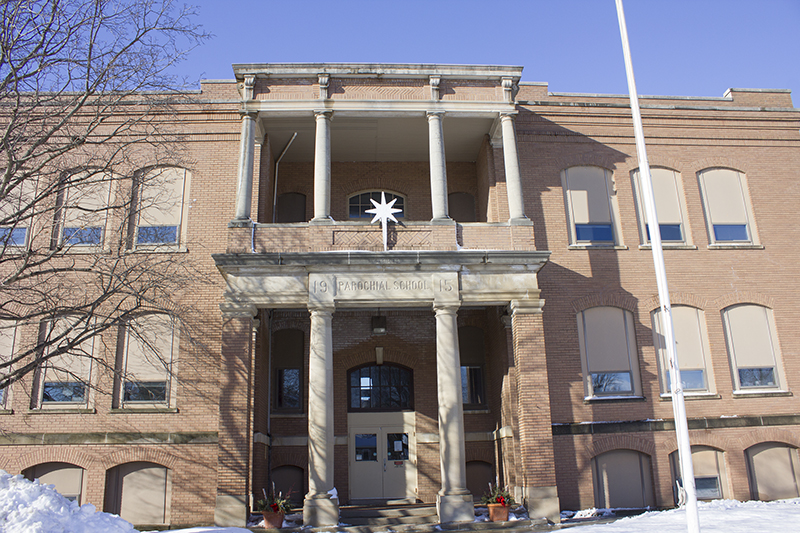 Oldham has three children at St. Casimir Catholic School and has been a school board member for five years.

“It is just a treasured, cherished thing to hear your child getting ready in the morning and they are singing a church song,” she said. “You are able to parent them in a sibling conflict and you are able to bring Jesus into that and ask them, ‘Is that how Jesus would treat his brothers?’ or, ‘Is that how Jesus would treat his friends or his classmates?’ and they are able to just very immediately and instinctively and intrinsically just connect with that, and so it’s allowed a lot of teachable moments in very wonderful ways.”

Oldham said she believes she was called by God to her job, adding she believes a Catholic education is important, deeming it “amazing” to see the Holy Spirit at work.

“They will learn their reading, writing and arithmetic — we know they are going to learn that along the way,” she said. “But ultimately our mission is to make sure that their soul is saved.”

33 – Students enrolled at the pre-K through sixth-grade school