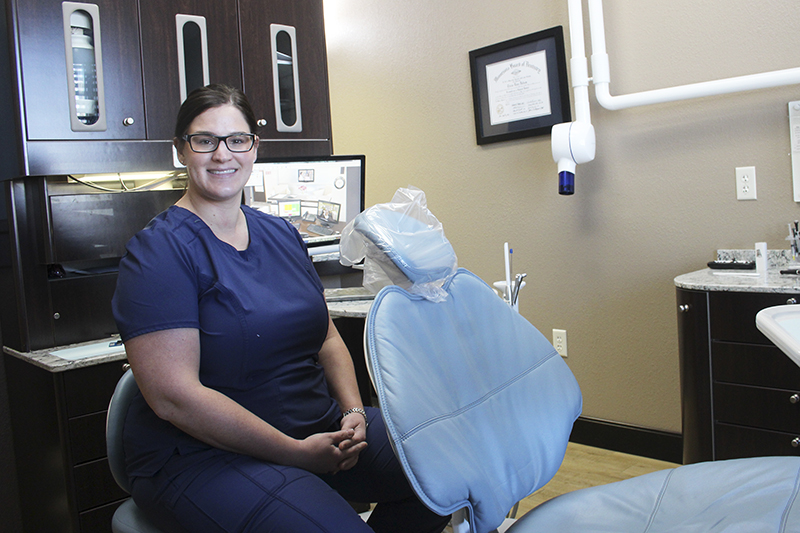 It’s a list of silver-dollar words, peppered with syllables that can get stuck between teeth: Maxillofacial pathology. Dentofacial orthopedics. Periodontics.

The American Dental Association recognizes nine dental specialties. According to dentist Rachel Poppel of Advanced Family Dental, Albert Lea has two of those specialties covered in-town: orthodontics and endodontics. And on every other Wednesday, there’s a third.

Periodontist Emily Schmalz comes down from Implant and Periodontal Professionals in Rochester and has been doing so since early 2017.

“That was kind of just to test the waters to see what the reception was for her and the need for a periodontist in Albert Lea,” Poppel said. “She very quickly became very busy.”

Schmalz and Poppel both said Albert Lea already had a periodontist, but that professional stopped coming to Albert Lea upon retiring. 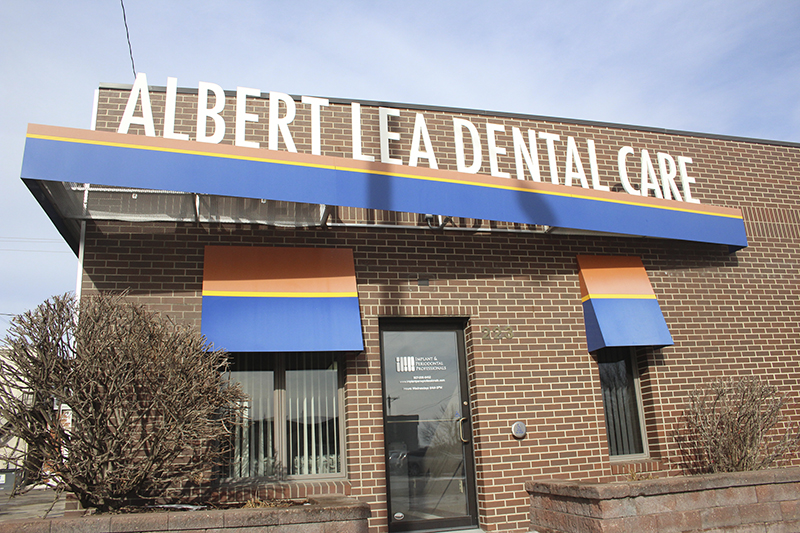 “The community was relatively underserved, from a specialist perspective, for a period of time,” Schmalz said.

Schmalz first practiced out of a room at Advanced Family Dental. After Poppel acquired the former Albert Lea Dental building on William Street in July, Schmalz has been practicing there.

“Our schedule is filled, and I mean, patients have been wonderful and very receptive,” Schmalz said. “They appreciate that they don’t have to drive to Rochester or Mankato.”

“The reason we purchased Dr. Schwartz’s physical building was because we know our patient base has the need for dental specialists,” she said.

After five years practicing in Faribault, Poppel came back to Albert Lea in 2011 and heard from the dental community a general concern about a lack of specialists in town.

“I said that I would kind of, you know, champion that effort,” Poppel said.

Right now, oral surgery is highest on Poppel’s list to support the patient needs she sees. Poppel said acquiring an oral surgeon willing to set up a satellite or full-time clinic in Albert Lea will expedite plans she has to remodel and rebuild the William Street location. Additionally, Poppel and Schmalz are looking to up Schamlz’s time in Albert Lea from bi-monthly to weekly.

Poppel said she sees both of those things happening within the year.

“Because we’re here for the long run, (we’re) planning to build a dental practice or a dental community that best supports our patients,” she said.

Although Poppel is most specifically looking for an oral surgeon next, she said she is in the process of reaching out to practitioners in several different specialty fields.

Additionally, as dentists retire in the local area — Poppel said there have been three do so in the last few years — their patients are given out to other dentists. Currently, Poppel said general dentists are already providing some types of care that may fall under a specialty umbrella, but increasing patient loads mean more weight on general dentists.

“The busier general dentists get with routine dentistry — you know crowns, fillings, dentures, partials — the greater the need becomes to refer specialty care to specialists, because we, you know, we get to a point where we can’t accommodate our patients in a timely manner for the care that they need,” Poppel said.

Schmalz said she would love to have other specialists join her in coming to town for a collaborative effort. Poppel said she sees the community’s need as one able to support further specialists.

Furthermore, Schmalz and Poppel both said bringing specialists to the community saves community members from having to outsource their dental care.

“We don’t want access to care … be a reason patients cannot get the care they need,” Poppel said.

65 – Miles to Rochester, where periodontist Emily Schmalz travels from twice a month to see patients in Albert Lea