Filling a need in the community 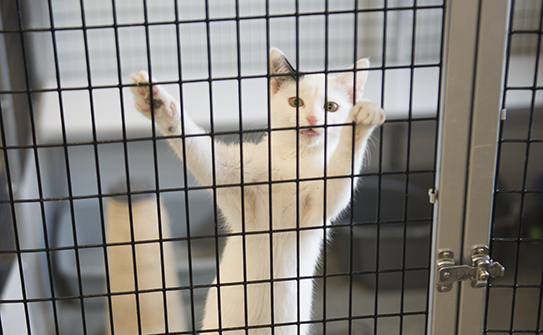 The Humane Society of Freeborn County has a cat room at the shelter, with a section gated off for kittens to climb around in. - - Colleen Harrison/Albert Lea Tribune 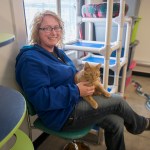 Christa DeBoer has been the director of the Humane Society of Freeborn County since 2006. – Colleen Harrison/Albert Lea Tribune 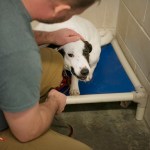 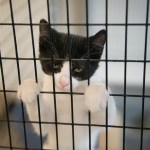 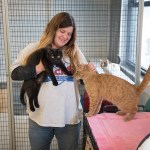 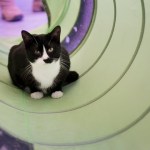 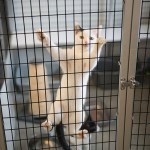 The Humane Society of Freeborn County has a cat room at the shelter, with a section gated off for kittens to climb around in. – Colleen Harrison/Albert Lea Tribune

Funded by grants and donations, Humane Society seeks to find homes for animals

When Christa DeBoer started fostering dogs for the Humane Society of Freeborn County over two decades ago, she wouldn’t have predicted she’d be directing the entire organization one day.

Back in 1996, DeBoer said the Humane Society was mostly a fostering group that worked out of a small office in Albert Lea. When the need for a new director arose 10 years later, DeBoer stepped into the position assuming it’d be temporary. That was 12 years ago.

“Honestly, I love what I do,” DeBoer said.

“I’m very fortunate to have a job that I’m very passionate about.”

Volunteers are another component that has helped the shelter progress as it has grown, but DeBoer said the shelter is always looking for more help. When people come in interested in volunteering, she said she asks them what specifically they’re looking to do. While many are interested in coming in to play with and pay attention to the animals, DeBoer said people are always welcome to do that during open hours — which are 1 to 5 p.m. Tuesday and Thursday, noon to 5 p.m. Friday and 10 a.m. to 2 p.m. Saturday; the shelter is closed to the public Sunday, Monday and Wednesday.

What the shelter needs more of, DeBoer said, is volunteers willing to help clean the facilities and help exercise the dogs. Shelter staff spend about five hours cleaning every day before they even open the shelter. Volunteers also help with record keeping, adoption application processing and maintaining the Humane Society’s Facebook page.

“Facebook is a huge part of what we are,” DeBoer said.

The shelter uses the social media platform to post pets up for adoption, advertise adoption specials, notify its followers if certain supplies are needed and to post updates on successful adoptions, among other uses.

While DeBoer said some say it has been bad the last few years as far as overpopulation in shelters goes, she doesn’t believe that. She thinks platforms like Facebook that help people notice more adoptable animals helps get pets into a good home faster.

“Five years ago, people didn’t know where to go, but now they do,” she said.

While some animal shelters can receive city, state or even national funding, the Humane Society of Freeborn County is completely funded by grants and donations. Even with that being the case, the shelter still gets animals up-to-date on vaccines, veterinary care and either spays or neuters unaltered animals that come through the shelter — all with the intent of making animals more adoptable.

For example, getting a female cat spayed and up-to-date on shots costs the shelter about $200, but cat adoption fees are just $40.

Even still, DeBoer said there are people who come in expecting “a deal.” Those people are typically weeded out in the application approval process; the shelter’s goal is to find good homes for all animals that come through — with an emphasis on the good.

Being at the shelter for as long as she has, DeBoer has noticed some patterns. The cat population at the Humane Society is usually pretty high, while the dog population tends to fluctuate. Winters are a bit slower, compared to the springtime when the shelter is busier and there tends to be more kittens and puppies up for adoption. While the Humane Society does get some unique animals through its doors — such as rabbits or pigs — DeBoer said the Humane Society typically shelters and cares for those kinds of animals until she can find a more focused rescue group or sanctuary for those animals, in order to make sure they’re getting the best and most knowledgeable care.

While the Humane Society has grown considerably since its days as a foster group, the organization does still have fosters it works with. DeBoer said, though, that fosters tend to be used for animals that are pregnant, incredibly young or have special needs. The best chances of getting an animal adopted are by having it in the shelter facilities for prospective adopters to meet, so DeBoer said she doesn’t tend to leave animals ready for adoption with foster families for too long.

The shelter runs on the efforts of teamwork, and that’s what it takes to keep it running, funded and to find animals their “forever homes.”

“The community’s been very supportive,” DeBoer said. “I think it’s been a good thing for the community to have.”

2006 – Year DeBoer became the director of the Humane Society