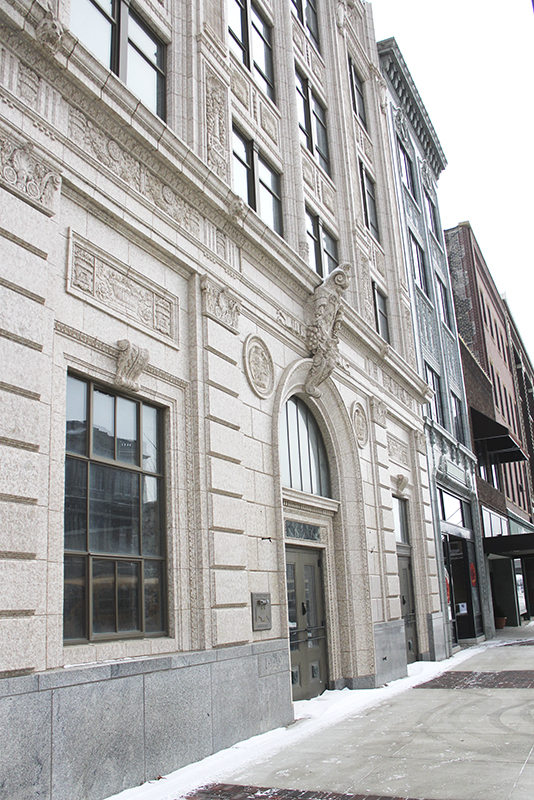 The Freeborn National Bank and Jacobson Apartments buildings are on the corner of South Broadway and William Street in Albert Lea. – Tribune file photo

Two local Realtors are part of a group that hopes to develop the Freeborn National Bank building and Jacobson Apartments into a 30-room boutique hotel.

Craig Hoium and Rick Mummert of Freeborn Development Group plan to have nine of the rooms as extended-stay suites, with the rest a combination of king and double-queen rooms and executive suites.

Plans call for the main floor to be utilized as a common community space that could host receptions, conferences and other options. Hoium said he hopes The Interchange Wine & Coffee Bistro would remain with expanded food options. A parking lot behind the building is planned to be hard-surfaced and landscaped to tie in with the hotel, and a rod-iron fence or a guardrail would be installed around the lot to tie it in with the hotel.

Hoium said the project was planned after the group studied similar hotels in downtown districts in other communities.

“We’ve done some research, and they’ve been successful in other areas,” he said.

Hoium said the group needs investors for the project, so as of early this month Freeborn Development Group had a consultant calculating the return on investment the project would have for investors. 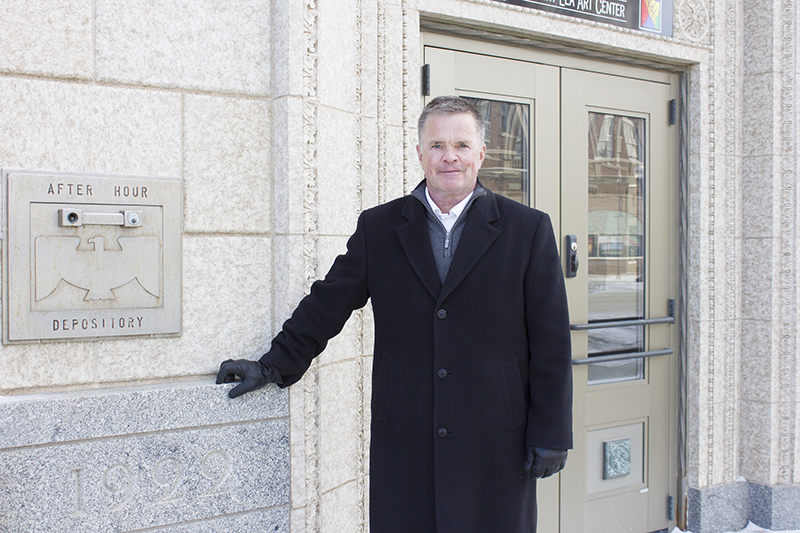 Hoium called the plan “a good project” that is “more of a fitting use of the building than just having them as apartments.”

To make the project feasible, Freeborn Development Group is seeking historic tax credits for the project.

Unsuccessful plans by Kansas-based developer Cohen Esrey last year called for turning the buildings into 21 apartments on the upper floors, with The Albert Lea Art Center and The Interchange on the ground level.

“The goal is to try to leave the inside as much as possible as it was when it was a flourishing building,” Mummert said.

He said the project will fit well in downtown Albert Lea.

Earlier this month, the group estimated it would be 30 to 45 days before it would know if its project is selected instead of another project under consideration by the city.

30 – Rooms planned for the hotel

1992 – Year the Freeborn National Bank building was originally constructed as a bank on the first floor and medical and professional offices in the upper floors.  The building’s upper two floors were added in 1923.