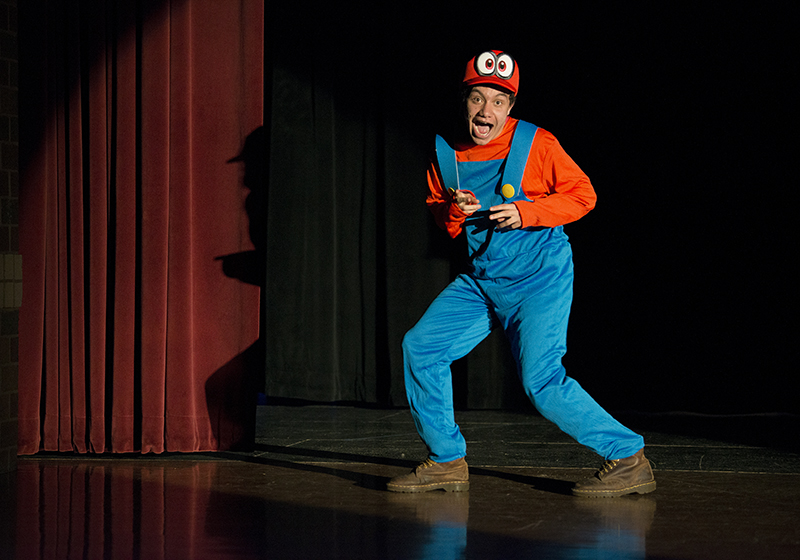 The spring stage is once again set for Albert Lea High School students to shine in this year’s Tigers Roar talent showcase.

The showcase includes 21 acts that range from skits to solos and many places in between. It includes instrumentalists, comedians, vocalists, dancers and a lot of new faces, organizer Diane Heaney said. This year, the theme for the evening is “Fairy Tale Roar.”

“I come up with the theme before we have auditions and sometimes that inspires people to do something,” Heaney said — Summer Beightol’s performance of “Let it Go” from Disney’s “Frozen,” for instance.

In line with the fairy tale theme is also a skit performed by a group of six senior boys called “Puns Upon a Time.”

Senior Eric Maier said the group started practicing their skit in mid-February. He has also performed in the one-act and will be in the spring play. This is his first year performing in Tigers Roar.

“I’d say the most fun is that I’m one of the princesses, so I get to wear a dress,” Maier said of his performance.

Senior Haley DeSart said the show is lighthearted and full of creative students who are really involved in what they’re doing on stage. DeSart will perform a modern and lyrical dance to a K-pop song for her second year in Tigers Roar and is also a vocalist in a trio act. She became interested in K-pop after stumbling into it on YouTube. 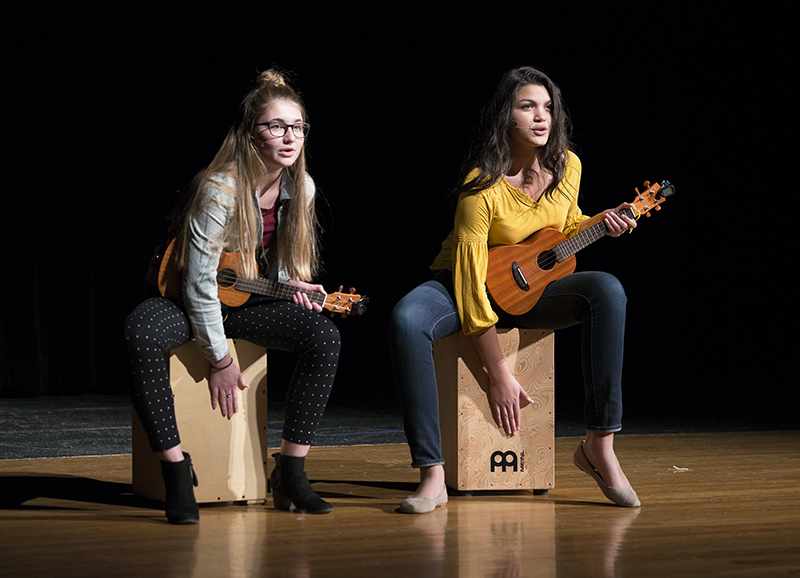 Carley Talamantes and Maggie Moller rehearse “Ex’s and Oh’s” for Tigers Roar, which will be at 7 p.m. Thursday, Friday and Saturday. – Colleen Harrison/Albert Lea Tribune

“This seems really interesting and a lot more involved than regular, American-style music,” she said.

For her, K-pop speaks to the “transcendence” of music — its ability to communicate both with and without language.

The show will also include an act from sophomores Carley Talamantes and Maggie Moller, who will perform a ukulele, cajon and vocal duet of Elle King’s “Ex’s & Oh’s.”

“I had a lot of fun last year,” Talamantes said. “I thought it was a really good opportunity to let a talent be shown to the community.”

According to Maier, the show is a good opportunity for the audience to see talents within the student body and to gain a respect for the different abilities people have. 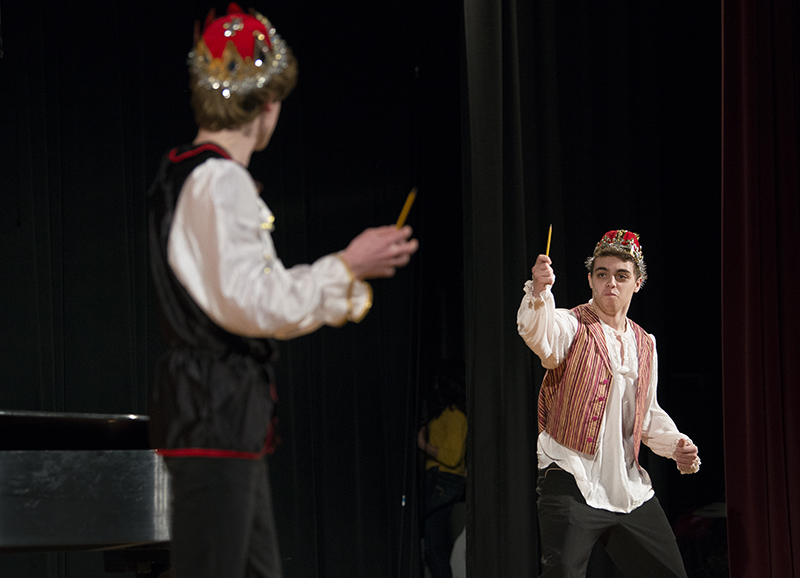 Tickets: $5 (district passes not valid for this event) 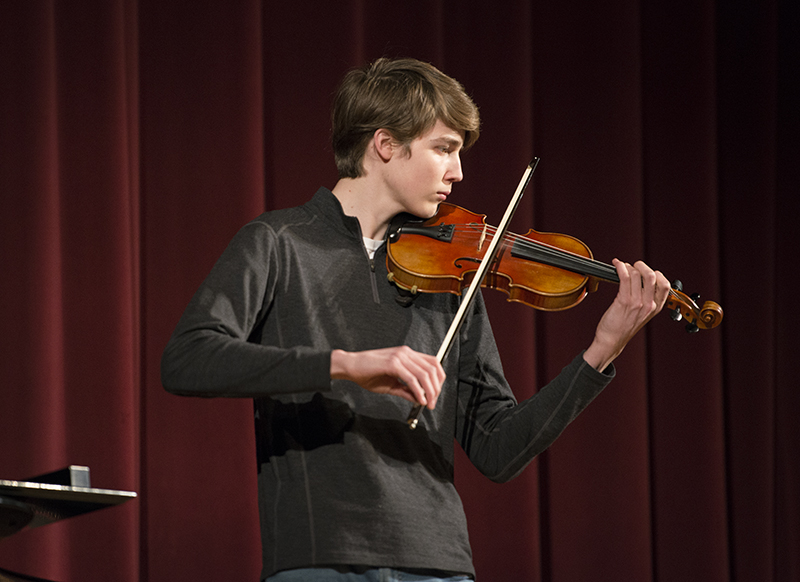