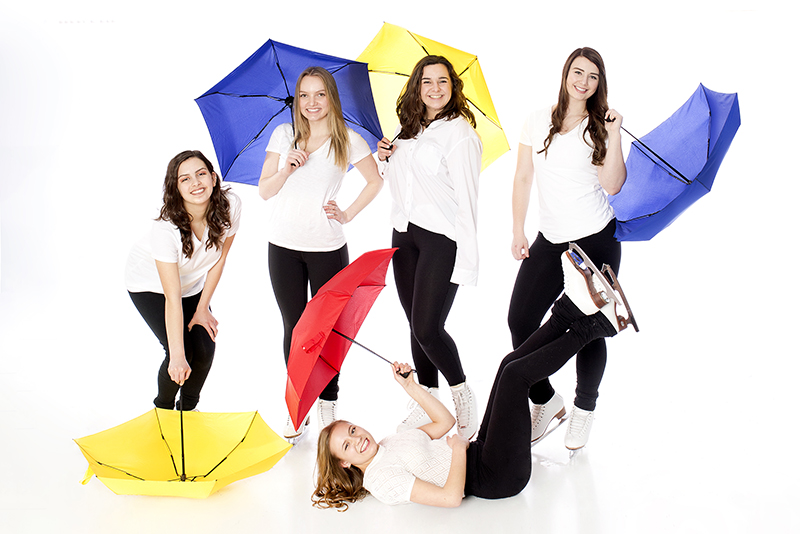 These five seniors have been “Friends” through many lessons, shows and competitions, spending many hours together on and off the ice. Standing from left are Sadie Mortenson, Lauren Bizjak, Ella Zelenak and Katie Bradley. In front is Carine Rofshus. - Photo courtesy of Bragen Rights Photography

The Albert Lea Figure Skating Club will bring new meaning to channel surfing with its 57th annual show, “Sk8TV” March 24 and 25 at Albert Lea City Arena. Taking turns on the ice will be classic cartoons like “Scooby-Doo” and favorite comedies like “Friends.” Packed with memorable characters and funny moments, the show includes artistic numbers, solos, a boy-girl number and tiny tots.

“We have a record number of skaters this year who are ready to entertain you with songs from favorite television shows of the past and present,” said Nikki Austinson, president of the club.

This year’s show will feature more than 60 skaters in 40 numbers. The Albert Lea club is the largest skating group in the area, attracting members from Mason City, New Richland, Alden, Hayward and in between. The audience will see a variety of acts, including four groups of basic skills skaters, trios, duets, features and solos by more advanced skaters. 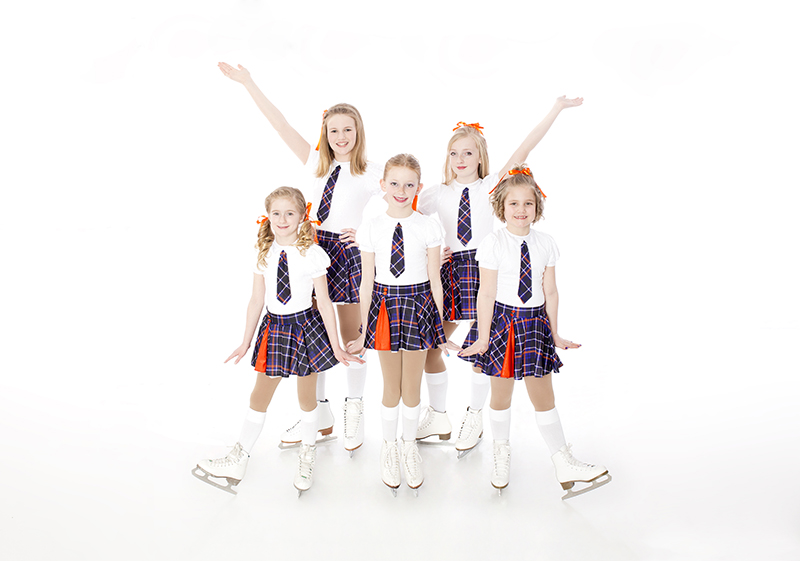 These five skaters will bring the popular TV show “The Facts of Life” to ice at the ALFSC annual show. From left are Haley Austinson, Emery Brouwers, Sydney Kolker, Sidney Steene and Viviahna Cline. –
Photo courtesy of Bragen Rights Photography

Zelenak, daughter of Maureen and Mike Zelenak, will graduate from Albert Lea High School in May. She has skated with the Albert Lea club for 11 years. She also took part in National Honor Society, student council, school board, Link Crew and varsity soccer. She plans to major in psychology at the University of Wisconsin-Madison.

Rofshus, daughter of Cathy Rofshus and Ron Rofshus, will also graduate from ALHS in May. She has skated for 11 years, with the Albert Lea and Rochester figure skating clubs. Off the ice she participated in ALHS mock trial, National Honor Society and many theater productions. She will study art history at the School of the Art Institute of Chicago starting this August.

Mortenson, daughter of Holly Hunicutt and Don Mortenson, will graduate from NRHEG High School in May, along with finishing her first year at Riverland Community College. She has skated with the Albert Lea club for 10 years. In addition to skating, she has been involved in 4-H, Amnesty International, high school drama club and Youth Service Leadership. She plans to study forestry at Itasca Community College in Minnesota.

Bradley, daughter of Carol and Ryan Linde, will graduate from Alden-Conger High School in June. She has skated for 11 years, with the Albert Lea and Rochester Figure Skating Clubs. Her other activities include volleyball, National Honor Society, choir and statistics for the boy’s basketball team. She will major in nursing at the University of Northwestern in St. Paul. 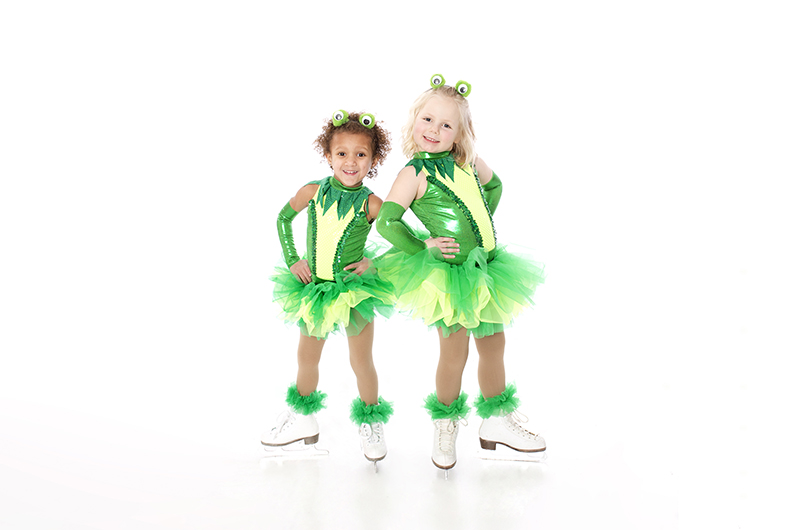 Bizjak, daughter of Rachelle Bizjak and Jerry Bizjak, will graduate from ALHS in May. She has been skating for 12 years with the Albert Lea club. Off the ice she was a member of the ALHS girls’ swim team, choir, orchestra and National Honor Society. She plans to attend the University of North Dakota this fall.

Many TV shows feature guest actors, and “Sk8TV” is no exception, with two guest skaters, Sydney Berrier and Tyra Schmalzbauer.

Berrier, a member of the White Bear Lake Figure Skating Club, likes to combine figure skating with circus tricks. In addition to being a senior through Minnesota Online High School, she attends Circus Juventas, performing aerial acts on hoop and working on combining her aerial arts with skating. She has competed at many events, finishing as a Minnesota State Bronze finalist.

Schmalzbauer, a freshman at Irondale High School, skates with the Northern Blades and Northern Sports Center Figure Skating Clubs. She is a three-time Minnesota State bronze medalist. She has also participated in Stars on Ice and recently skated in a KARE-11 Olympic commercial.