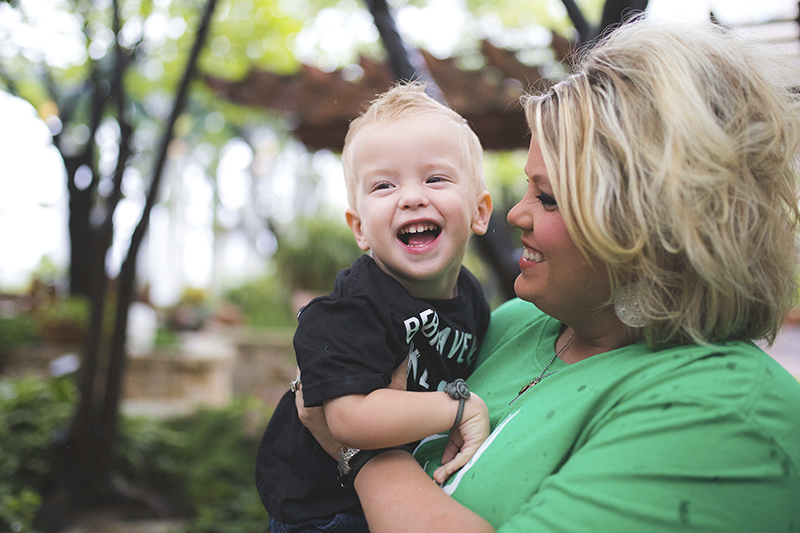 Kara Heinemann said she hopes the support group she is starting for mothers of children with special needs will allow both her and her 3-year-old son, Breckyn, to have people with similar experiences to them to connect with. - Provided

Searching for the right support

Area moms are teaming up for a chance to meet more people like them, and for a chance for their children to do the same.

So far, she has 16 families who have expressed interest in being a part of the group. Future participants come from Albert Lea, Austin and the surrounding communities, Heinemann said.

“Our community has needed something like this for a long time,” she said.

Before she started the group, Heinemann said she knew no one in the community who had a child the same age as hers. Her son, Breckyn, is 3, and he has cerebral palsy. The support group is for her, but it’s for Breckyn, too; it’s a chance for him to spend some time with other children who are like him, Heinemann said.

The group’s focus is for children between kindergarten and grade five, but Heinemann said it is open to everyone, as parents at every stage may have useful knowledge to share.

Jodi Hestness is planning on bringing her daughter, Camdin, to the group. She is 4 months old and has down syndrome. Hestness said she is part of a Facebook group for the Down Syndrome Diagnosis Network, but it’s different than having someone there with you.

“It’s hard, because that’s not a local group,” Hestness said. “And so yes, it’s nice to be able to talk to these people on social media, but at the same time, it’s nice to have something more local that you can actually sit down with a mom that’s going through the same thing.”

For Hestness, “the same thing” means dealing with things like appointments, feeding struggles, developmental challenges and other experiences: the unexpected.

“As any mom, to be able to connect with other parents in likewise scenarios and likewise situations is comforting,” she said.

Heinemann said she didn’t know what to expect when she put out feelers for other moms to be part of the group. Agreeing to be a part of something like this is putting yourself out there, she said, and it means having moved through a grieving process: the process of realizing and accepting what it means to say, “Yes, my child has this and I need support.”

“I’m really happy with the response and I think we have a good variety of kids,” Heinemann said. Her hope for the group is that parents are able to eventually form subgroups of support for their individual child’s specific needs or diagnosis.

She is looking at monthly meetings that trade off between moms-only meetings and meetings that include their children with special needs. She hopes to host events with volunteers or in the kind of environment in which parents can sit back a little bit.

“When you’re a special-needs parent, you’re always so hands-on that it’s nice to just be able to sit back and let your kids be independent, but have somebody there for them,” Heinemann said.

But for both Heinemann and Hestness, this is an opportunity for not only them, but also their children. Hestness has one word to sum up what her hope is for Camdin out of this.

“Honestly, love,” she said. “She is — I know it’s silly to say, but at 4 months old she is the snuggliest, sweetest thing ever, and I feel like if she grows up around children that are just like she is plus the children that she is already around who love her, I think she is going to feel very welcome in this world. As she should.”

Those interested in joining the support group can contact Kara Heinemann via text, call or email at 507-383-8168 and heinemannkara@gmail.com.